Posted By George Reith | On 17th, Dec. 2010 Under Reviews | Follow This Author @GNReith

Back in 1989 when video game licensing didn’t need to make any sense Michael Jackson starred in Michael Jackson’s: Moonwalker, a bizarre 2D console and arcade endeavour that had little to do with the King of Pop aside from his image and a few songs. Now things are different though, and Jackson returns once more in a dancing game that seems somewhat more appropriate to his career and public image.

The game sees you replicating dance moves to various tracks throughout MJ’s illustrious career, scoring points for accurately mimicking the dance routines. You hold a single Wii remote in your right hand and copy/mirror the dance moves that are performed on screen by, either Jackson himself, or his backup dancers or dance partner depending on which song you choose to perform. The general controls work reasonably well and the combination of copying the moves on-screen and the diagrams that show you the next move that appear in the top left corner of the HUD make MJ: The Experience a game that is extremely easy to pick up and play. The only flaw I would level at the controls ais in their limited scope. The fact that the game can only sense movement in one of your arms through the singular remote often makes you stay routed to the spot and completely forget about any of the dance moves that go on below the waist. The option to use a second Wii remote in your left hand might have been a nice way to compensate for this but, this said, I was still grateful enough that the motion controls felt accurate and fluid at all; (and yes I still generally dislike the Wii. Get over it.) 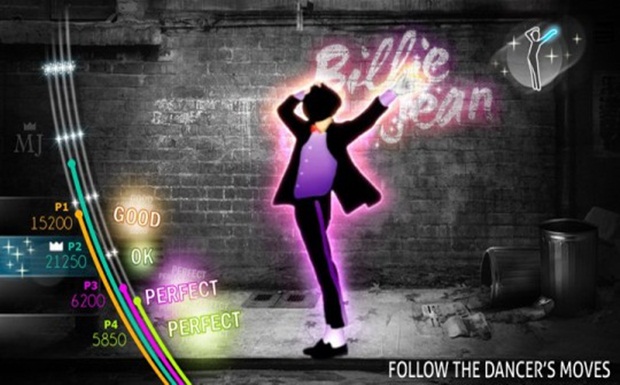 Contains all your favourite MJ tracks…

Whilst the gameplay is pretty solid overall, MJ: The Experience suffers from a few issues in terms of its content. The set list is an interesting one and, truth be told, I’m not sure whether I agreed with some of the song choices or not. They’ve tried to include songs from across Jackson’s whole career and have hit a fine balance between the popular singles and the fan favourites. Despite the fantastic variety on offer in the song roster, there are far too many songs that just aren’t that fun to dance too. I’ve never been much of a fan of Earth Song as it is, but dancing to it just felt very odd and unnatural indeed.

One of the other issues that somewhat limits the demographic that MJ: The Experience may appeal to is the issue of difficulty settings. The problem with the way difficulty is handled in the game is that, rather than allowing you to alter the difficulty separately for each song, every track has its own difficulty that you need to step up to. This is a real shame in a way as I really wanted to get into the Thriller routine but found it too hard to really get the full enjoyment out of it. Generally speaking the developers have done a fantastic job of simplifying Jackson’s famous routines but, whilst this helps make the game accessible to even the most athletically challenged of Michael Jackson fans, the hardcore MJ fans may be displeased with some of the alterations that have been made. 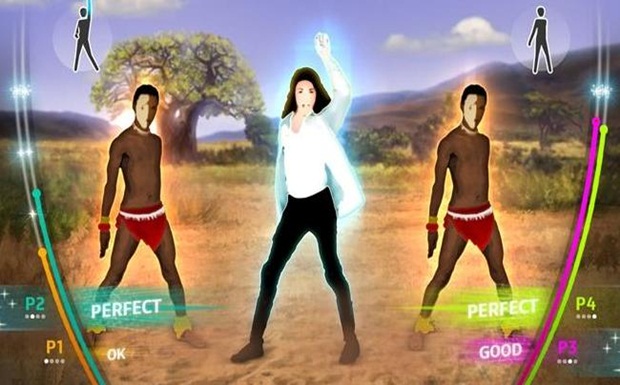 But it also contains some of your less favourite tracks

If you and your buddies are able to get over some of the more bizarre design choices within the game, you’ll find that MJ: The Experience is about as no holds barred as party gaming can get. Provided you have the good sense to get a few drinks down you, you’ll all be flailing your arms to Smooth Criminal like it was going out of fashion. It’s always both amusing and bizarre how these party dance titles bring people out of their shells. All the songs support four players, even if you are all just imitating the same routine or part. What is really decent is the way that all the songs that are danced as duets or with backup dancers allow all the players to decide who’s dance routine they’re going to perform. Provided you have enough controllers and bodies to fill the room, MJ: The Experience makes for some fantastic multiplayer.

Judging the graphics on a game like MJ: The Experience is an odd one at best, considering it isn’t exactly a department that this genre of game is striving to perfect. In spite of this the game does look surprisingly good. Though the visuals have technical blemishes in the facial animations, the game has a graphical flair and shine that helps it to stand out amongst competing titles. Particular mention must go to the backgrounds that accompany each song, as they perfectly replicate each of the music videos for their respective tracks. As far as the audio side of the presentation is concerned it’s a bit of a no-brainer. If you love Michael Jackson’s music then you’ll love the audio in the game. Simple as that. 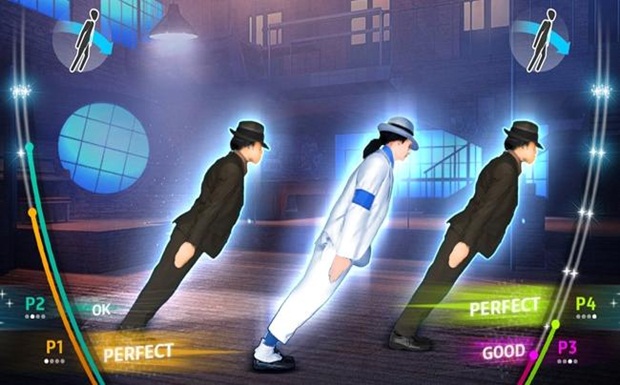 The dances are simplified so everyone can join in, but all the classic moves are still in there

It isn’t all smiles and giggles though, as the major chink in the game’s proverbial armour becomes apparent. Though the core dancing mechanics are a lot of fun, there is a distinct lack of content and structured gameplay on the disc and this becomes painfully apparent as you play through MJ: The Experience. The only real goal you have to strive for, aside from the elusive five star rating on each song, is unlocking videos in the dance school section of the game. The dance school literally consists of several training videos that teach you some of MJ’s signature tracks and routines. It’s certainly a nice idea to include, but these videos aren’t concise or in depth enough to really create the incentive required to keep going with the game. There are twenty six songs in total to wrap your moves around and, whilst this is a reasonable number of tracks to include on disc, it is a real shame that there is no facility to download any new tracks via DLC in the future. With all this combined it means the only real thing that will help you get your money’s worth out of the game is the multiplayer and, as fun as this is, you’ll need to make sure you have enough friends who are fans of both dancing and Michael Jackson before you commit to a purchase.

Considering my Hitler-like ex-girlfriend’s love of all things Michael Jackson, I entered the game with a relevant degree of cynicism. Despite this, MJ: The Experience managed to gain my trust and love through its fun multiplayer and easy to pick up gameplay. This said I got my copy free as a pre-release, and I have the sincere feeling that my enjoyment of the game would have been diminished severely had I forked over the full retail price for it. If you love Jackson’s music and you love dancing then consider this a must have title, but I would highly recommend you either rent it first or wait for a price drop.

Great music if you're a Jackson fan, Easy to jump straight into, Dances have been simplified for ease, Good list of songs, Videos included that teach certain Jackson dance routines, Can work up a good sweat

No difficulty settings, Lack of a structured progression, Not much fun on your own, Some songs aren't that fun to dance too, Altered dance routines may annoy hardcore fans, No potential for DLC add on tracks

An attempt to commemorate the late Michael Jackson's fabulous dance moves and music, Michael Jackson: The Experience is an entirely enjoyable dance party title that is only let down by an unstructured sense of play progression

A copy of this game was provided by developer/publisher for review purposes. Click here to know more about our Reviews Policy.
Tagged With: Michael Jackson The Experience, Wii