Ubisoft's free to play card game is a blast.

I don’t know how many of you ever played Trading Card Games while growing up. I’m sure most of you did: maybe it was Magic: The Gathering. In all likelihood it was Pokemon. Maybe it was something else entirely. The point is, you know how a trading card game works. Even if you never got into one yourself, you know the gist, don’t you?

Buy a basic starter deck to play around, maybe get a feel of the game and the rules. Then buy booster packs, get better cards, trade them around, and build an even better and more powerful deck. It’s kind of perfect: modern videogaming distilled to its purest, down to buying a base product, supplementing it with DLC, and the social features.

It’s probably why Trading Card Games translate so well into video games. Just look at Ubisoft’s Might & Magic: Duel of Champions. It’s a well done, online, free to play card game. You begin with a base set and then, just like in real life, supplement your deck by buying new booster packs with real money. You play in battles online, not just with other PC players, but also with players playing on their iPads – Might & Magic is the first Ubisoft title to support cross platform play. 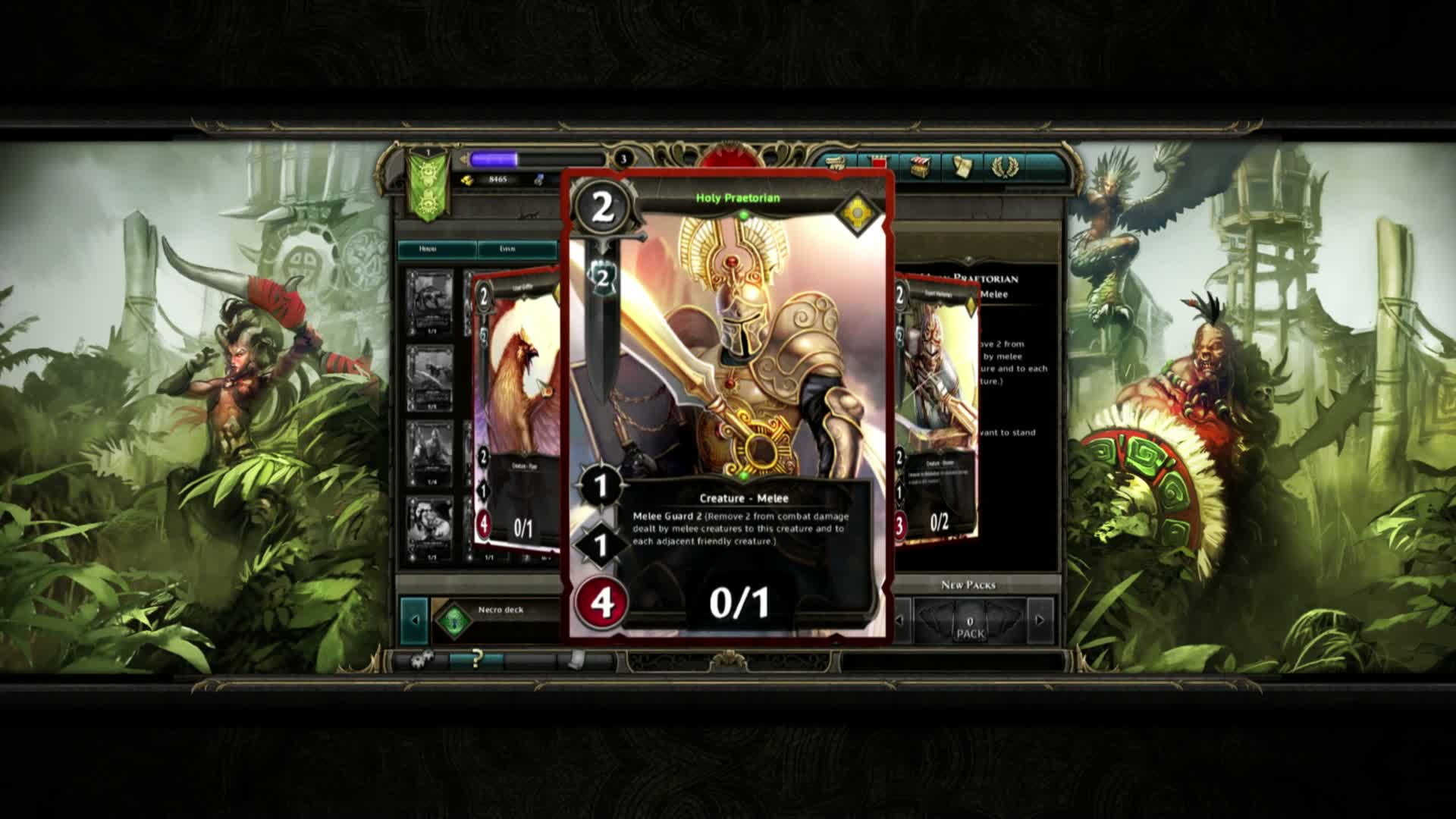 It certainly plays like a good old card game too. Battles are turn based, and involve a healthy element of strategy. What kinds of cards you have access to, at least to begin with, is limited by which of the five factions of the Might & Magic universe you chose: Inferno, Necropolis, Haven, Stronghold, and Sanctuary. The initial deck you get will of course be limited, but over time, you can build it by getting booster packs. The game gives you access to a lot of cards, so you will never be left wanting as far as true deck building goes. In that regard, it’s a very well done TCG video game.

To make sure you get the ins and the outs of the mechanics, the game offers you a rather excellent tutorial that introduces you to the nitty gritty of the rather nuanced mechanics one at a time, while also familiarizing you with some advanced tactics. It’s surprisingly well done, actually. 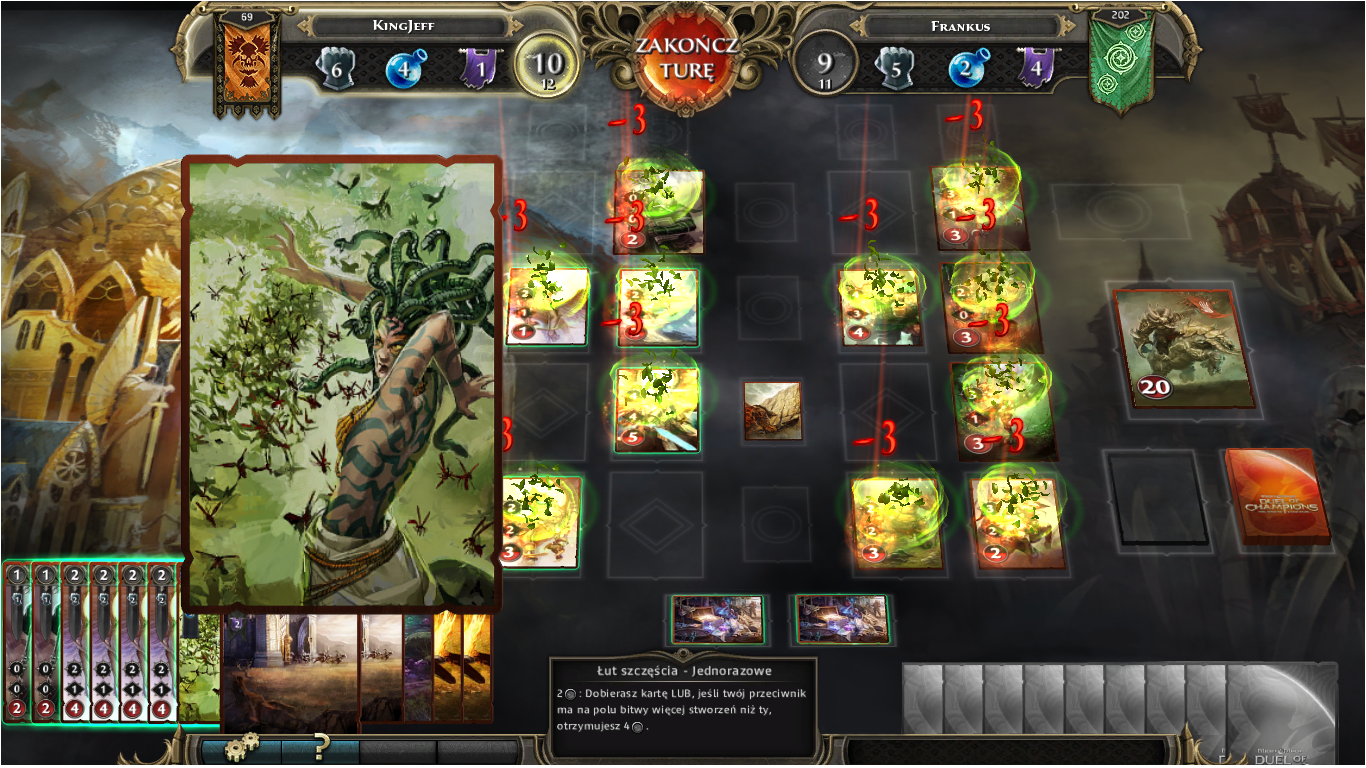 That seems to be a theme with the entire game: it seems to be incredibly well made, the artstyle looks great, the graphics are excellent for a trading card game (especially one that is free to play), and more impressive still, the game seems to be balanced enough that you don’t have to buy anything to win; it’s really free to play with microtransactions, as opposed to being pay to win like so many of these games inevitably become.

Everything is well done, from the deck building to the actual battles, from the balance of the cards to the tutorials. It just reeks of quality, and I would be lying if I said I was not taken aback at how well made the entire thing was.

Might & Magic: Duel of Champions goes live in May for PC, with an iPad version also planned. We’ll keep you posted on the game, so keep checking back.