Mighty No. 9 Hero gets A Redesign

He looks a bit less like Mega Man now. 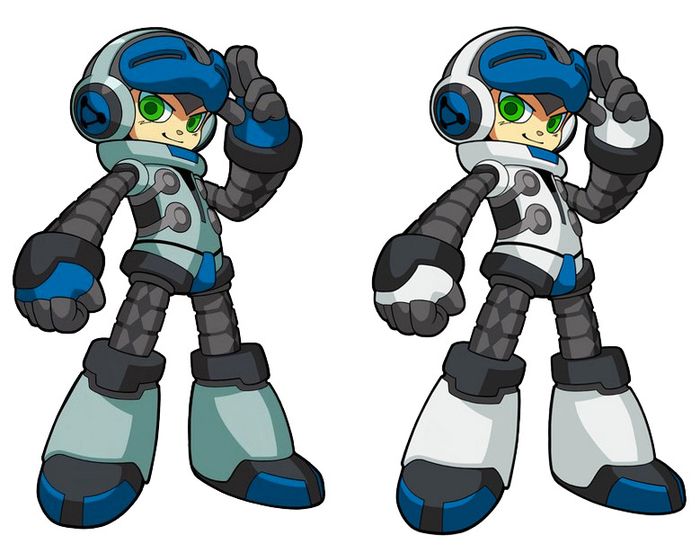 That said, the similarities were sometimes a bit too obvious. Perhaps so blatant that even Capcom couldn’t ignore them for any longer. What exactly went down between Capcom and Comcept we don’t know (maybe the threat of a lawsuit?), but the long and short of it is, as you can see in the image above, Mighty No. 9’s Beck looks a whole lot less like Mega Man now than he did before.

That isn’t the official explanation that we get though.

“From the very beginning we designed Beck to have a neutral, grey base, with the idea of wanting to make something completely new and unique,” game director Koji Imaeda said on the Kickstarter page. “But development soldiered on, and as we approached the last leg, we started looking closer at Beck. As a protagonist that could absorb the abilities of his siblings and take on various forms, our image of his appropriate color shifted from ‘neutrality’ to ‘containing all possibilities’… and since white is a combination of all colors of light, we felt that would actually suit his character better!”

Of course, that shouldn’t stop anyone who was interested in the game from actually trying it out when it goes live next year. Mighty No. 9 is due to release in 2015 on Xbox 360, Xbox One, PlayStation 3, PlayStation 4, Wii U, PC, Nintendo 3DS, and PlayStation Vita.