How does it feel to play a hardcore Ninja just like Ryu Hayabusa from Ninja Gaiden? It does feel very satisfying when you kick ass or slice and dice through enemies. Well if you are thinking that this is what you will get to do in Mini Ninjas that unfortunately the answer is No. Mini Ninja is a very subtle and a sweet take on the Ninja games genre.  Mini Ninja takes place in an era where the Evil Samurai has overtaken a small unknown village where he is converting every innocent animal in to evil samurais. Their aim is to capture the animals and the ninjas so that they convert them in to their own. The Ninja Master after sending ninjas after ninjas to fight against the evil armies finally sends two of his last remaining Ninjas: Hiro and Futo.  The story overall is pretty childish and will largely appeal to age groups from 12-15. The story for a surprise is pretty good and has the potential to suck you right in. But having said that Mini Ninjas is game you will love for its great game play and the ability to switch between different ninjas. 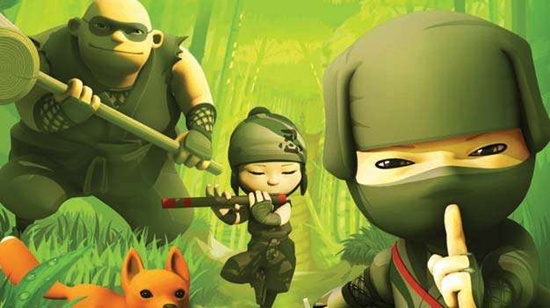 These Ninjas shuld be made in to stuffed toys very soon!

You will start off as Hiro. He is the main protagonist of the game. Now this little dude can pull of strange stunts. Other than running on walls or jumping from cliffs, Hiro can use his Kuji magic powers which he has to find through many of the ancient shrines scattered throughout the world. Some of the Kuji powers that Hiro can use are fireball, stone rains and the ability to chop off multiple enemies at once. Hiro’s basic attacks are kicks and punches and can be used in conjunction with Kuji magic. You can also switch to other ninjas in the game. Here is the complete list of the ninjas you can play as well as their special abilities: 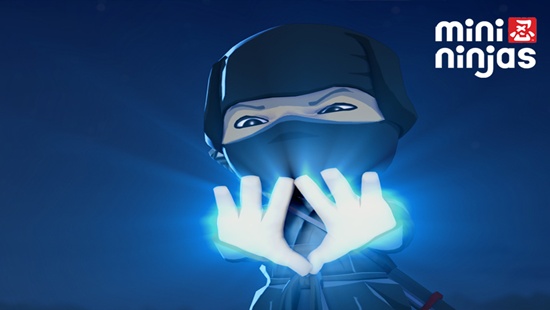 Kuji magic is a alot of fun

All the above ninjas including Hiro are a ton of fun to play. Hiro can also use his cap to sail in lakes or also slide through ice. There are a number of enemies to be found in the game. The basic one includes the blue and the reds one. Though they both are basically the same, but the red ones take a lot more hitting before you can take them down. The huge enemies are basically produced from the bigger breed of animals like bears. Once you get rid of an enemy they will convert back to the animal they were made up of. There are a couple of interesting boss fights as well. You will be able to fight the following bosses:

All the boss battles require a sequence of quick button events and you will only be able to use Hiro during such sequences. 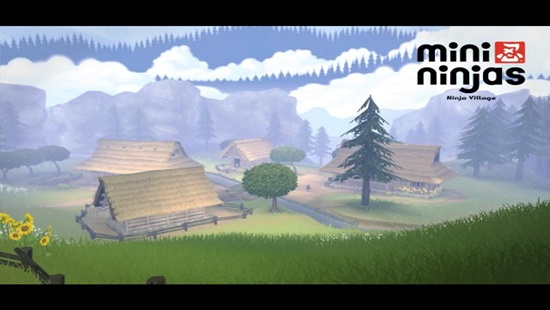 The visuals are very soothing to the eye

The graphics of the game are very soothing to the eye. This game reminded me so much of Okami. The beautiful environments, the colorful houses, the loveable characters are all pretty well done by the team at IO interactive. A game like Mini Ninjas does not need the graphical quality of a game like Uncharted 2, since the theme of the game is pretty much different and is targeted at a different age group. The voice acting is pretty good for the most part, but there are actually pretty less scenes where the character actually speaks. Music is perhaps one of the highest points in the game, with an amazing mix of flute and drums.

Mini Ninjas is a great game and it should be appreciated at a bigger scale. I mean we all know it’s a small budget game, but whatever limited resources the developers had, they really made the game shine. I really hope the team at IO Interactive develops  a sequel. Mini Ninja is a game that should be played this holiday season if you are getting bored of all the hardcore stuff around.

Too Short, Plot gets lost sometimes

Final Verdict:
SUPERB
Mini Ninjas is a ton of fun to play and is easily one of the most underappreciated games of 2009.
A copy of this game was provided by Developer/Publisher/Distributor/PR Agency for review purposes. Click here to know more about our Reviews Policy.