One look at MLB Bobblehead Pros will make some people think that the game is nothing but shovelware, a cheap cash in with no quality at all. They might say a game with such charming visuals cannot be appealing to everybody, and that the gameplay might be broken. When you actually player MLB Bobblehead Pros, though, you realize that was all wrong. MLB Bobblehead Pros does have some errors of its own, but ultimately, it comes across as an ambitious, charming and extremely enjoyable game. 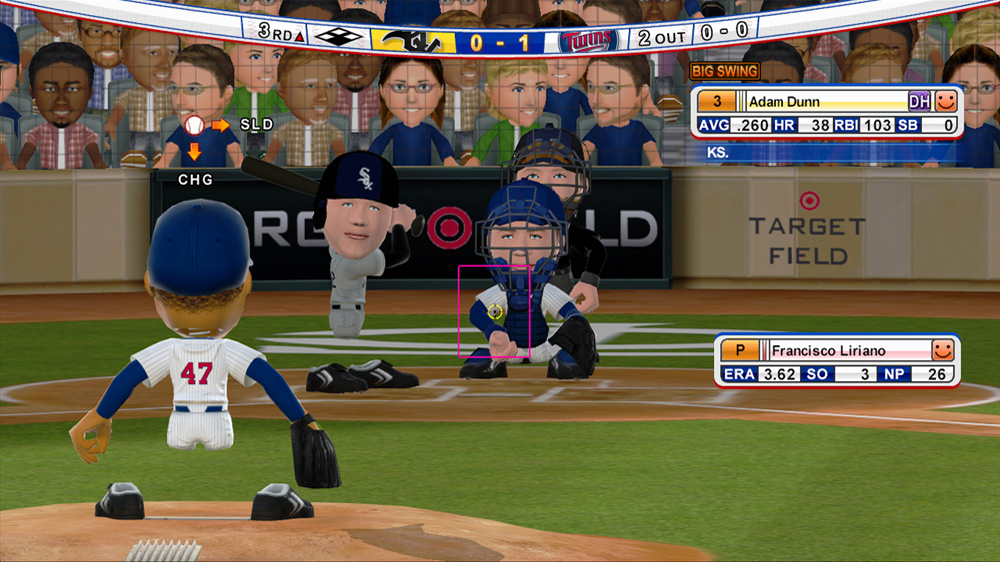 Look past these eye candy visuals; beneath these, there is an extremely enjoyable baseball game.

But still, the most appealing thing about the game, I’d say, are the visuals. You definitely will not be able to suppress chuckles when you see the players’ heads wobbling on their shoulders when they swing their bats or throw the ball. You definitely will fall in love with how charming their designs look, with their funnily weird feet, their extra-large heads and everything.

The game itself is very accessible and easy to get the hang of, with you having to control the pitching, batting and fielding aspects of the game. When batting, yo’ll have to first have to deliver your swing with a ghost bat before the ball is pitched, so that you can predict the trajectory of the ball. Then, you have the choice to swing it lightly or heavily. In light swings, the ball won’t go very far, but you’ll cover more ground, and chances are you’ll hit the ball. In a heavy swing, if you do hit the ball, which is much more difficult than light swings, you’ll most likely see it flying out of the park. 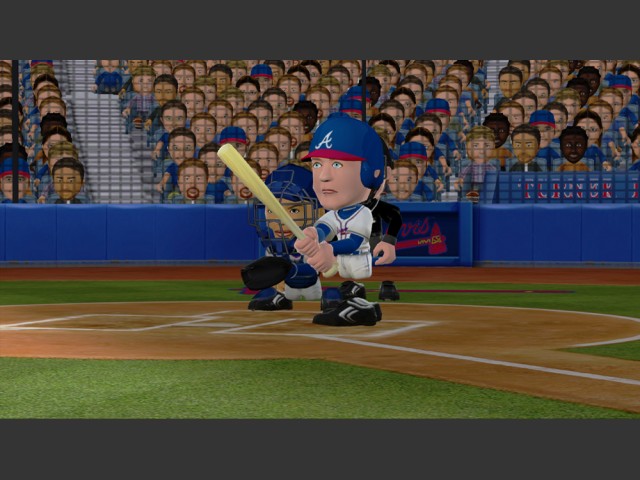 Batting is loads of fun.

While pitching, you have to select an area in which the ball will be sent, and you have to decide with how much force you will throw it. When you throw the ball, you can tweak the direction of the throw a little bit, adding an element of surprise for the batter. The pitching interface is highly iffy, though, and more often than not, your bobblehead will throw the ball in a direction completely different from the one you wanted. However, with a little bit of practice, you’ll get used to it.

Fielding has to be the worst aspect of the game. You throw the ball to different players on the field with A, B or X. While fielding the ball, actions such as diving, jumping and the like are also mapped to the face buttons. Time it off by a second, and you’ll probably be rolling on the ground, wasting precious seconds, rather than throwing the ball back. Not to mention the fact that the team members themselves are sluggish and dumb, and can make the fielding aspect of the game even worse. This is perhaps the only blunder in the game that I cannot look past- it often ruined the experience for me. A little more time could have been spent on thinking out the controls, because the current button mapping is poor.

Then, creating your own bobbleheads is not a feature in the game, you’ll have to wait for a DLC to get that. It’s a very basic feature and I was very disappointed with the omission. It doesn’t get in the way of the fun, though, but I still would have have liked to see it. 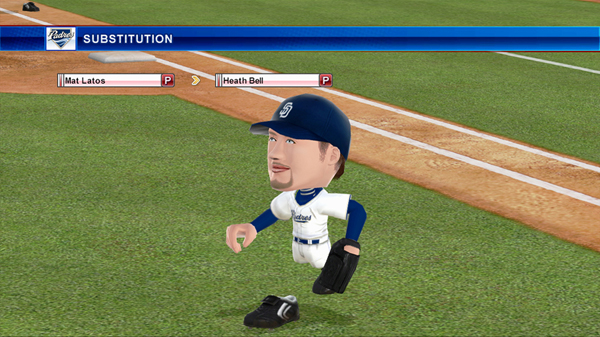 How the hell is this guy running?

Playing an entire season is a lot of fun, which will have us play out several matches. You’ll be pouring of statistics and strategies, with the full player roster to fiddle around with. It’s a lot of fun.

There’s also a co-op mode, which has two players controlling the same player. To be honest, I still don’t know how it works. It usually results in chaotic consequences, with nobody having any idea of what’s happening, but also provides with a few chuckles.

Ultimately, ML Bobblehead Pros is a great game. It has some errors, and some of them very big, but the game is still a lot of fun, and perhaps one of the most charming games you’ll play for some time.

Inconsistent fielding; Pitching can be a pain in the ass; AI is dull sometimes; No option to build our own player; Poorly thought out controls; Somewhat weird co-op mode

Final Verdict:
GOOD
MLB Bobblehead Pros is a fun, charming game if you can look past some of the faults.
A copy of this game was provided by Developer/Publisher/Distributor/PR Agency for review purposes. Click here to know more about our Reviews Policy.