(Note: This review was done on the Xbox 360 version of the game)

The single player story for Modern Warfare 2 is absolutely stunning.  Infinity Ward has kept true to their style of game development by once again making sure you never leave first person view.  I enjoy cinematic scenes, but the level of intensity that you get throughout the campaign whilst always being in first person view is great.   Modern Warfare 2 is a direct sequel to Call of Duty 4: Modern Warfare, and picks up right where Call of Duty 4 left off.  Modern Warfare 2 adds a lot more to the campaign than Infinity Ward’s last title, including graphics as well as unique missions that you should definitely experience for yourself.  The graphics in Modern Warfare 2 are the best I have seen so far in a Call of Duty game while keeping it smooth with a constant 60 frames per second.  The detail of the environments and the character models are beautiful.  Some of the scenes throughout the campaign are really breathtaking as they are action packed, and keep you on the edge of your seat the entire time.  To add to that, there are many surprises and twists throughout the game that no one will see coming, making this story an amazing action packed thriller.  Although the campaign is amazing, it was fairly brief, lasting around 6-8 hours depending on the difficulty.   And speaking of difficulty,  I would  add that the game was a lot easier on Veteran than any of the other Call of Duty games. 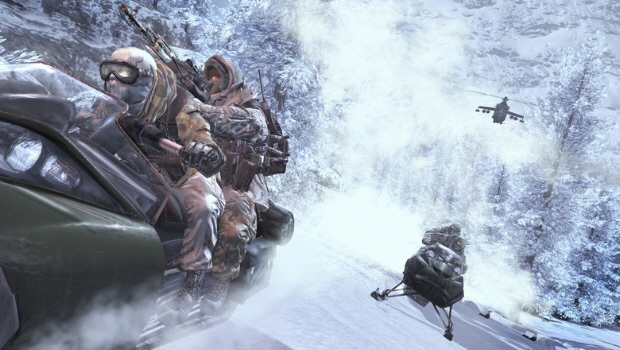 Spec-ops is a truly fun addition to the game that will let you and a friend try to complete different types of missions together.  You can play split-screen, online with a limit of 2 players, or just play by yourself.  There are over 20 missions that are very unique from anything you’ll find in other games.  Spec-ops will put you somewhere in the world of Modern Warfare 2 and give you certain objectives that can range from Assault, Wave Defense, Elimination, Stealth, Time Based and even a couple of snowmobile races.  Even the simple elimination missions can not be compared to modes like Gears of War 2‘s Horde, Rainbow Six Vegas Terrorist Hunt or Halo 3: ODST‘s Firefight because is feels very different and much more intense.  The enemy AI is completely dynamic throughout Spec-Ops and many parts of the campaign.  You never know where enemies will spawn or what they will do or what gun they will be using.  Although the campaign on Veteran might be easier than previous games, Specs-Ops is where it gets challenging as some of the missions are extremely difficult to attain the maximum rating of 3 stars.  Some missions even require you to have 2 people to play, which makes it a lot more fun and can make it easier to strategize the success of the mission.  Other missions will have you flying an AC-130 gunship while your partner is on the ground spotting targets for you, or they may require you to defuse bombs in a certain amount of time. 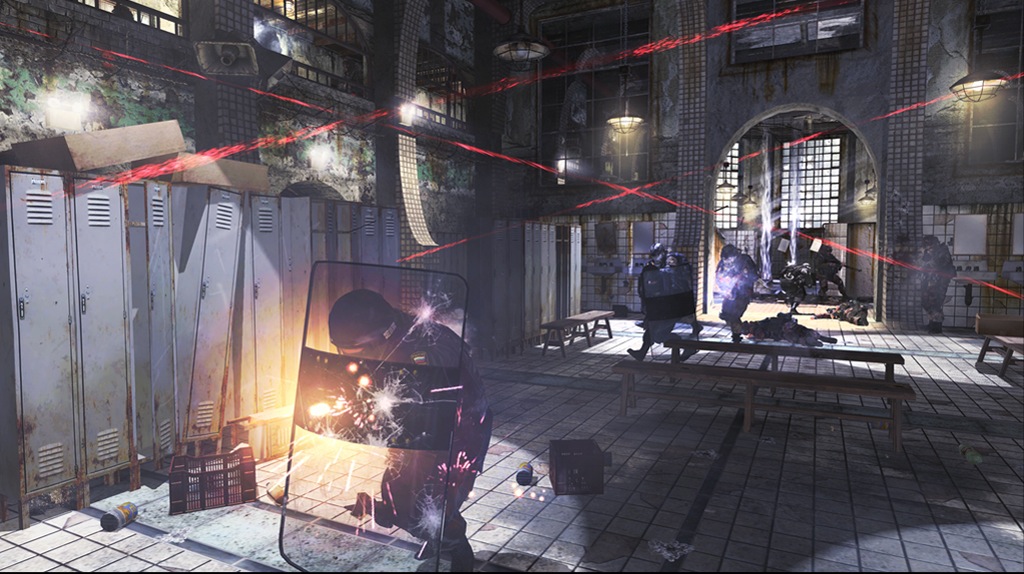 Now for the good stuff; multiplayer.  Multiplayer for Call of Duty 4 is mostly what made it so popular and in Modern Warfare 2 it gets even better.  The addition of many killstreaks and having the ability to customize which ones you want ,with a max of 3 available at once, is where this game’s multiplayer action really differs from Call of Duty 4.  Even in objective modes like Search and Destroy, you can gain killstreaks throughout the course of many rounds, granted you don’t die at the end of the round.  And if you try using you stealth class from Call of Duty 4 or World at War in this game you might not be safe with the addition of Heartbeat sensors as an attachment to certain weapons which detect movement.  Of course there is a perk to counter that though.  Many perks from Call of Duty 4 have been made into attachments or equipment.  There are many additions to the game that will really let you personalize your class to your liking, much more so than the previous Call of Duty games.  I saw a lot of people running around with many different class setups instead of seeing everyone with the same 5 as in the other games.  You can now unlock titles and emblems for yourself that show up in game.  Modern Warfare 2 has added more modes as well.  Here are the new additions to the game:

The added guns to the game are also cool, and the models for them are extremely detailed.  With all the additions to multiplayer, it can take a little getting used to but is extremely fun.  Nothing like killing an enemy and stealing his Care Package (random killstreak reward) only to find out it’s an AC-130… satisfaction.  For the fans of the original Modern Warfare, this game still maintains the same core gameplay mechanics as Call of Duty 4.  Modern Warfare 2 might just be the most fun I have ever had playing a game online.

This game truly earned a 10 out of 10 rating.  In fact, all the hype surrounding the game’s release was well deserved, and this is not a game you will want to miss.  Even if you are not a fan of first-person-shooters and/or not a fan of the Call of Duty franchise, you should check out Modern Warfare 2.  The single player campaign with leave you with a memorable experience, while the Spec-ops modes will challenge you and multiplayer will provide endless hours of fun.

Action packed story that keeps you on the edge of your seat the whole time. Multiplayer and Spec-Ops will leave you with endless hours of fun while still keeping the core gameplay of Call of Duty 4 but adding tons of more features.

Final Verdict:
EDITOR’S CHOICE
Modern Warfare 2 actually lives up to all the hype that has been surrounding it.
A copy of this game was provided by Developer/Publisher/Distributor/PR Agency for review purposes. Click here to know more about our Reviews Policy.