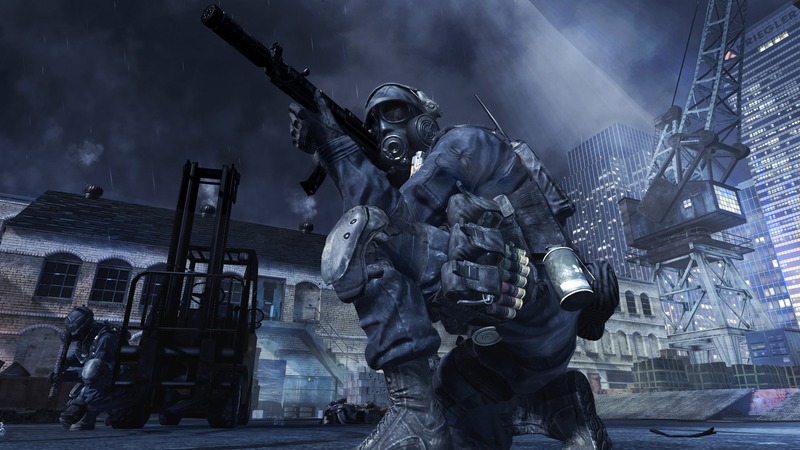 Spec Ops co-op mode is returning in Modern Warfare 3 but it has upped the anti with a bunch of new additions and surprises. Spec Ops mode will now have its own progressive ranking system, online matchmaking system and leaderboards.  Juggernauts will return and this time there will be different types of them, forcing you to change your strategy to take the out.  But more importantly is the addition of the all new Survivor Mode which will take place on Modern Warfare 3’s multiplayer maps as players will fend off never-ending waves of enemies.. sounds familiar, so let’s see what Modern Warfare 3 has to offer in this mode.

There will be in-game currency that can be passed among players to share and used to buy weapons like a turret gun that can be installed. The beginning waves can bring attack dogs, while later waves bring suicide bomber dogs that exploded a few seconds after you shot them. If can manage to survive, the later waves will bring kamikaze soldiers who explode much like the dogs.  Much like the Call of Duty Zombie mode, the waves are never ending leaving surviving as long as you can your only objective.  The only map announced for the game has been ‘Dome’.

Maybe, just maybe there will yet be a Zombie Mode in the game still with the new developer Sledgehammer working on the title, it could very well be announce at the last moment.  Keep it here as we interview and cover such things at E3 next month.