MUD: FIM Motocross World Championship is an arcade dirt bike racing game that has an interesting take on how the game is played and approached as opposed to other dirt bike racing games. As a racing game it features the usual World Tour mode, Multiplayer and Official Mode. MUD has a ton of single-player content that will last you a while. I will be covering each of the modes in detail, majority of your time you will be spending is in the MUD World Tour mode, so let’s cover this one first.

The World Tour contains 55 events that can be unlocked with credits as you play the game. When you pick an event to participate in you also pick one out of the four different heroes that you can play as. Each hero has a certain skill towards particular type of events. MUD also adds a skill up system, as you progress through the World Tour you can use credits that you earn to level up different skills for your heroes in order to make racing a bit easier.

It’s an interesting take for a racing game, but to be honest feels like of useless and unnecessary. Players can also unlock cards that give you bonuses on how many credits you’re able to earn at the end of the race, you may also equip and unlock multiple helmets for your heroes as vanity items. Heroes have 4 different skills, endurance, intuition, agility, and strength. Endurance makes your energy drink boosters last longer, intuition gives you more boost when you land a successful scrub on the ground, agility let’s you make turns easier, and strength allows your bike to land more smoothly on bumpy ground. 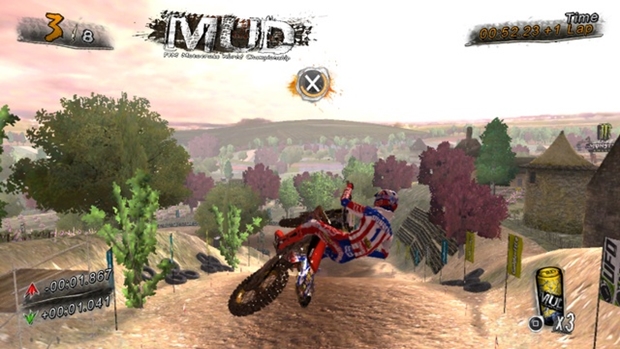 The events can range from just a normal race, elimination mode, checkpoint race, head-to-head racing, and trick battles. Race events are just your typical racing events, you race against other AI for the first place with several laps around the track. MUD adds 2 intriguing mechanics to racing, one of the mechanics is referred to as  Scrub and another one called Burning Start. Burning Start is something you can do right at the beginning of the race if you hold down your brake button and then let go right when the gate goes down, your bike gets an extra speed boost which allows you to overtake the first position in the race from the start.

Scrub is gameplay mechanic that only be executed on certain ramps throughout the track. Once you get near a slope a prompt message comes up telling you to hold X to scrub and as you’re about to land you have to let go off the X, and if you land successfully your bike gains another speed boost. Originally scrubbing was a bit hard to understand on when to let go off the X button, and when not to. However, after playing the game for a couple of more hours it became easier to understand, and I was able to master it. Being able to understand these mechanics is essential to winning the harder events that appear later in the game. 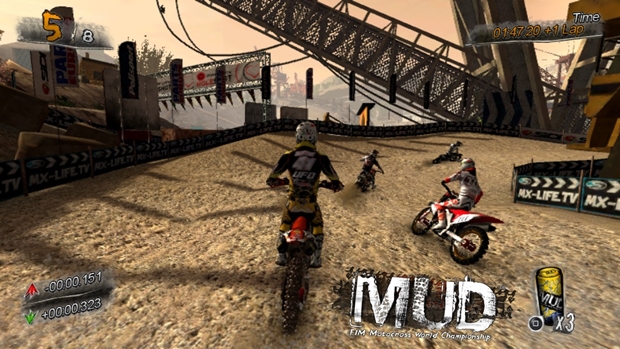 The handling in the game is good, and this is one of the most important thing in racing games. If the handling is bad, then the game is just not going to be enjoyable and it won’t be fun to play, there is a difference between learning how to handle your vehicles and just the game having horrible handling. Fortunately  this is not the case with MUD: FIM Motocross World Championship, the developers have nailed the handling mechanic in this game, kudos to them.

Elimination mode is all about trying to stay in the first place all the time until everyone else is eliminated by the clock. In my opinion elimination mode are the quickest events and ways you can earn credits if you’re trying to unlock something rather quickly. I find these types of events more fun than the racing ones due to the fact that they’re quick and there is no mistake for error, especially early in the race. Checkpoint races are also fun, you race against time until you hit a specified number of checkpoints in order to score first place, there are no other opponents here.

Head-to-head races are probably the most difficult ones due to the fact that the AI you’re racing against is more aggressive and is excellent at catching up to you when you’re in the first place. Best thing you can do against head-to-head races is to nail every possible scrub sections, and be able to keep up the momentum throughout the entire track until finish. If you can’t perfect the track and master it, you will be having a hard time beating these events.

Trick battles are very easy, you do these events in an arena with multiple ramps, the rider goes up the ramp and performs different tricks in midair to score points. You may earn extra bonus score by being on a streak without crashing, once you have reached the specified score and a timer has ran out you will be placed in first place. The player can unlock more tricks by spending credits in the Trick Shop which is located in the World Tour menu. 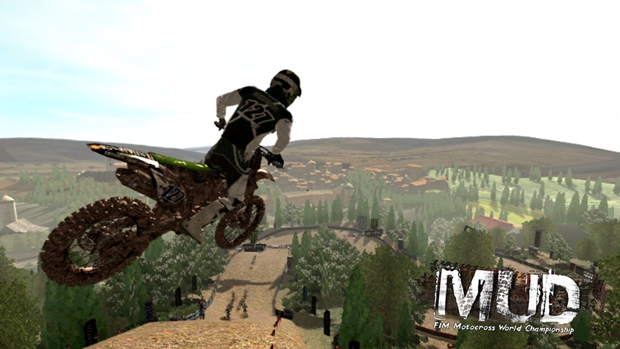 Once all of that is set, you start the championship and race through 12 races in a row, every race earns you points based on which place you got in a race. Once all 12 tracks are finished, you will get your total score and tell you what place have you earned in the entire championship overall. You may also do custom quick races in Official Mode if you just want to mess around and play your favorite tracks. 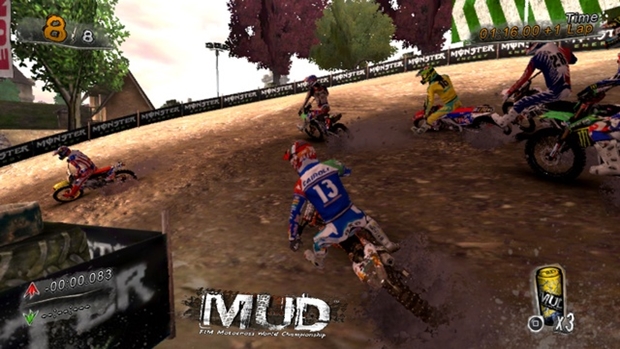 Multiplayer in MUD is a lot of fun, there are no lag issues or any sort of connection problems. In MUD you can join a quick match, custom match, or host your own lobby with any type of racing event, track, number of laps, collision on/off and of course the number of players. However, during my playtime with the game it was very hard to find someone to play against on the PlayStation Vita. Not many people are aware of this game, nor was the marketing any good either.

Sometimes I got lucky and was able to join someone’s game, other times I had to make  my own lobby and was forced to wait around 5-20 minutes for anyone to join my game. Once I found people to play with it was a complete blast and the competitive aspect was fun, I just wish there were more people who knew about this game so I could get more value out of it. What’s weird to me is that the Leaderboards contain over 800 players, but I can barely find anyone to race against, so I am not sure if it’s a technical issue or if there is just not enough people overall who own this game on the PlayStation Vita. 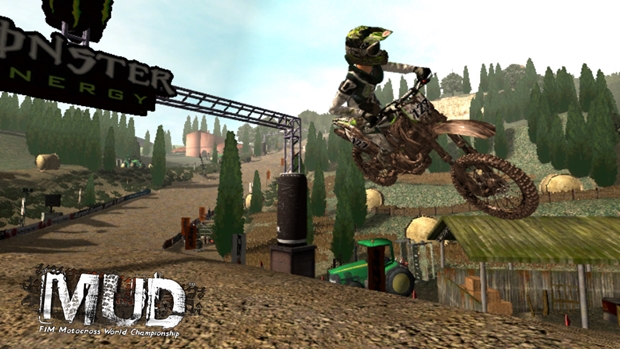 Overall, this is a decent racing game for a handheld. The only 2 big issues I have with are the graphics and lack of multiplayer games. PlayStation Vita is capable of far more than this kind of graphics and it has been proven with other games before, this really looks like a game from the PlayStation 2 era. I am also hoping that later in the future it will be easier to find multiplayer games, this is a fun game to play online on PlayStation Vita.

The game was reviewed on the PS Vita.

Decent arcade racer for a handheld, multiplayer doesn't have any lag issues, handling feels fantastic, mechanics like Burning Start and Scrub are fun to do, ton of single-player content

Looks like a game that could have been done back in the PlayStation 2 Era, Multiplayer games are hard to find and it takes a while for someone to join your custom created lobby

Final Verdict:
GOOD
MUD: FIM Motocross World Championship is a decent game, but it lacks of visuals and the multiplayer games are hard to come due to the low amount of players
A copy of this game was provided by Developer/Publisher/Distributor/PR Agency for review purposes. Click here to know more about our Reviews Policy.