Mundaun is gorgeous and atmospheric, if a little inconsistent.

Things didn’t look good for the horror genre for a while not too long ago, but horror games are now stronger perhaps than they have ever been. Indies and major AAA developers alike are brimming with creativity and new ideas, and we get to experience new, fascinatingly unique and unsettling games on a regular basis now. Mundaun by Hidden Fields is yet another game that joins that growing list of games that have come out of nowhere- give it even a single glance, and it will grab your attention, and though inconsistencies here and there might prove a little frustrating, the game on the whole is still one that’s worth experiencing.

In Mundaun, you play as a young man who travels to a remote village in the Swiss Alps after receiving word of his grandfather’s death, and quickly upon arrival, you realize that things are not what they seem. The circumstances surrounding his death are mysterious, the town itself is eerily desolate, its residents are acting strange, and it’s clear that somehow, a malevolent, evil power is either responsible for all of this, or is at least heavily involved. Your grandfather, a former soldier who fought in a bloody war, had something in his past that is connected to what’s going on, and you slowly learn new bits and pieces of information about that past, which in turn help defog the game’s central mystery. 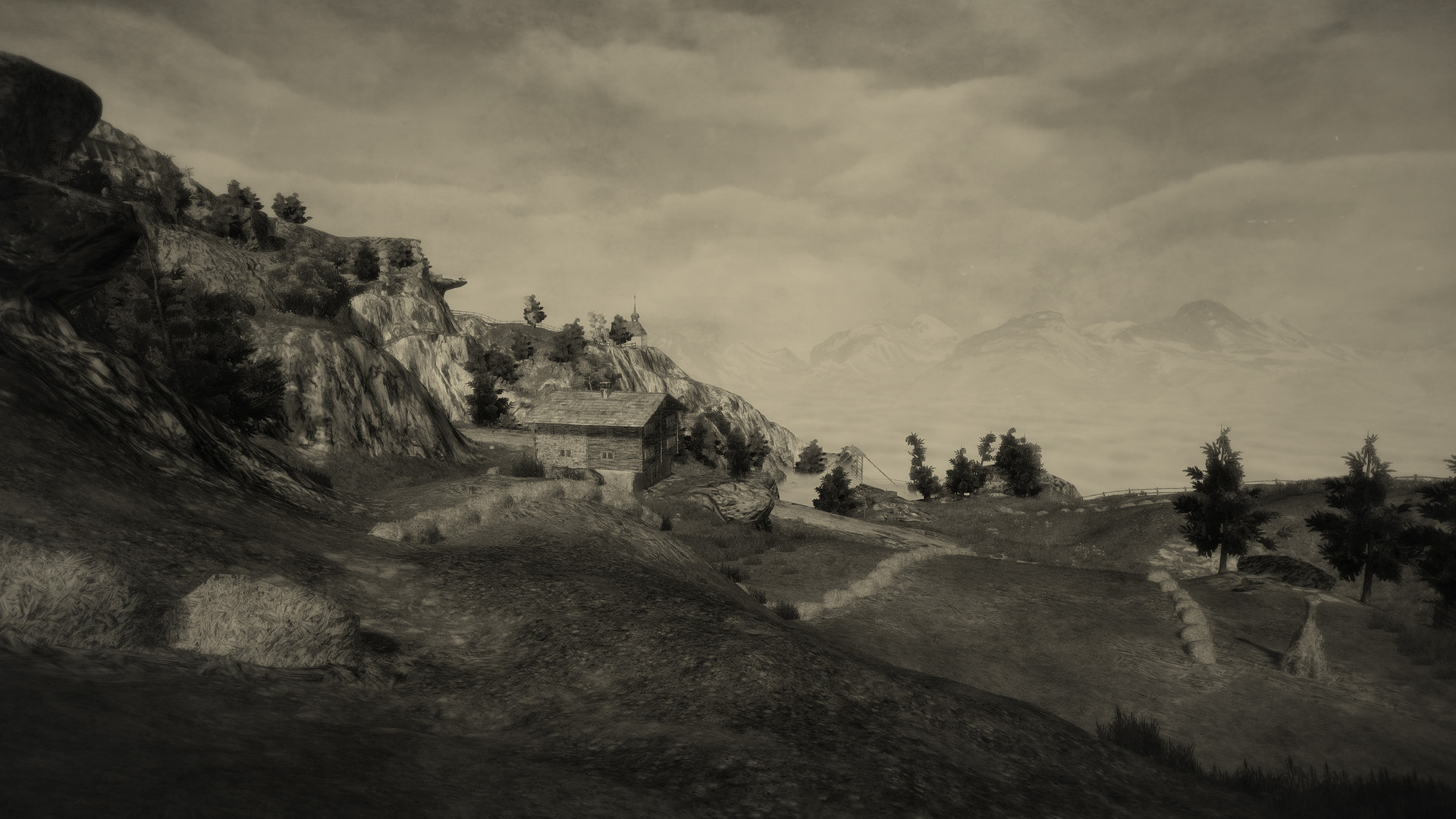 "Give it even a single glance, and Mundaun will grab your attention, and though inconsistencies here and there might prove a little frustrating, the game on the whole is still one that’s worth experiencing."

The core narrative setup is an engaging one. It’s not particularly unique, and the story that plays out is largely straightforward, but all of that works in the game’s favour. It feels focused and tight, and rather than trying to wow you with dramatic twists and long-winded revelations, Mundaun instead chooses to put all of its energy into telling a relatively narrow story, and telling it well. It’s not the most incredible tale that’s ever been spun in a game, but it does its job- especially since what the game is really focusing on first and foremost is not storytelling, but atmosphere.

And when it comes to atmosphere, Mundaun is a great accomplishment. The titular village of Mundaun is a creepy place. It’s sparsely populated, its denizens are usually seen off in the distance, both moving and talking weird. At night, strange creatures roam the hilly environments silently, and the mountains throw looming shadows against the pale moonlight, while during the day, everything looks bleak and washed out. All of this is accompanied by solid music, which strikes that perfect balance between being just good enough to be noticeable, but never so dramatic or so full of flourishes that it overpowers a scene.

The lion’s share of the work being done in the atmosphere department – and most other departments, if I’m being honest – is by the game’s gorgeous art style. Every object, every person, every texture you see in the game was drawn by a pencil before it was imported into a software, and it looks great, lending the game an impressionistic beauty that shies away from giving anything much too much detail. The aesthetic that this achieves gels with Mundaun’s tone and atmosphere perfectly- you never quite feel like you’re in a real place, or talking to real people. It all feels unsettlingly ethereal, and I doubt the game would have been able to achieve that with any other kind of visual style. 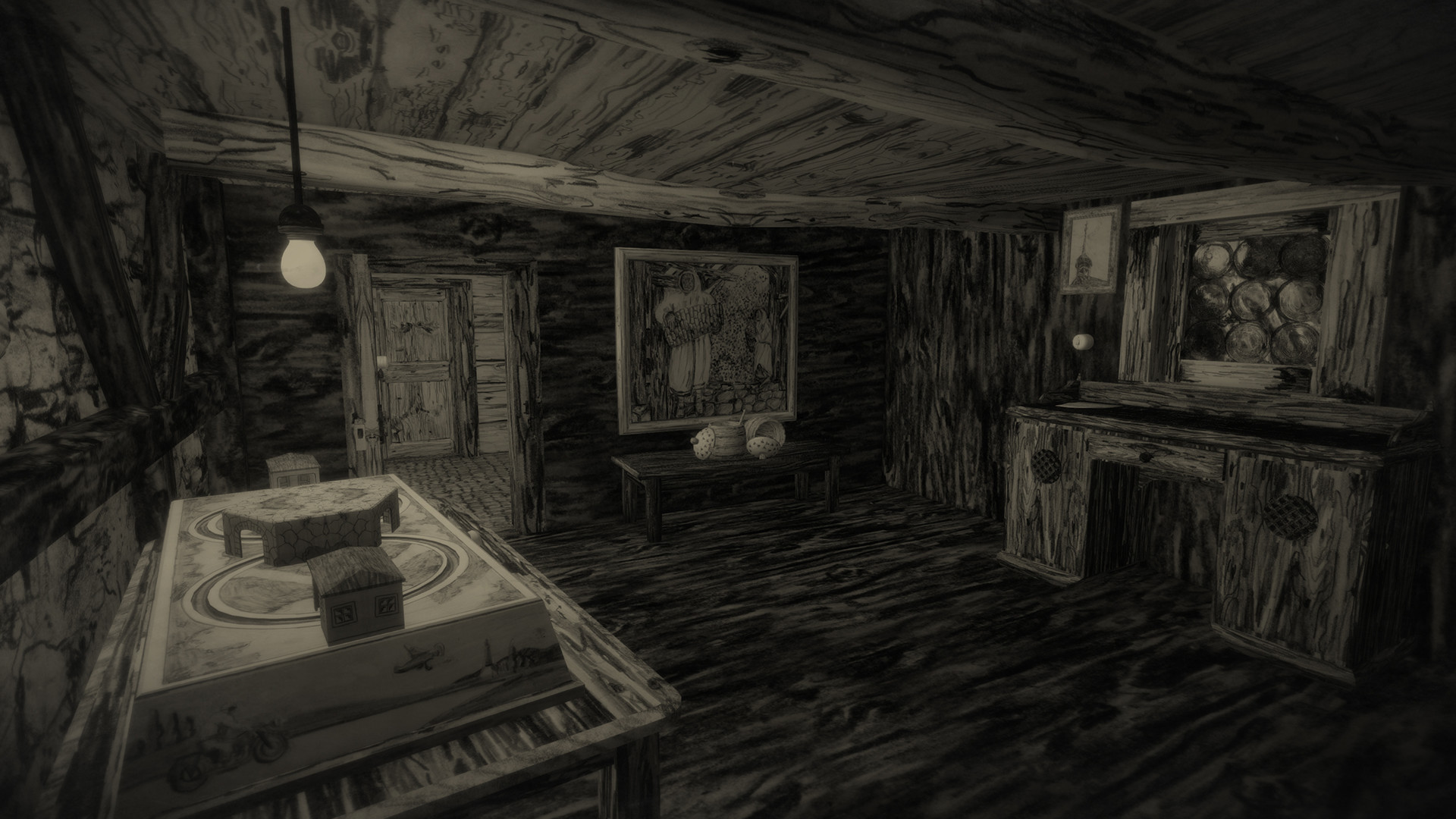 "Every object, every person, every texture you see in the game was drawn by a pencil before it was imported into a software, and it looks great, lending the game an impressionistic beauty that shies away from giving anything much too much detail."

Where Mundaun is far more inconsistent is the gameplay department. Most of the focus here is on exploring your surroundings, looking for items and objects, and then figuring out where those items need to be used. There’s a little bit of combat and stealth peppered in here and there as well, but largely, the game puts most of the emphasis on puzzle solving and exploration. For the most part, that works well within Mundaun’s framework. The story in this game is a slow burn, so it makes sense that the gameplay takes its time with things as well. The puzzles, too, are largely well-designed, if not exactly spectacular, and do a good job of keeping you engaged for the most part.

The issue arises when the game is a bit too vague about what it wants you to do. Early on in the game, for instance, you’re told to light a candle on a windowsill in your grandfather’s old house- but there are multiple windowsills, and I spend a good five to ten minutes lighting and relighting the candle on the wrong one, wondering why the game wasn’t progressing forward, even though I had done what it wanted me to do. Often, you’re told to open locked doors, which more often than not involves a lot of trial and error, as you try using every key in your inventory to see what works, since the game’s inventory doesn’t have any descriptive text for any of the items.

Then there are other moments where the criteria for progressing is a bit too specific or arbitrary, like looking at a specific distant figure, or talking to a person twice before being the game removes an invisible wall in front of a gaping exit. One-off instances like these are not uncommon in any game, but they crop up in Mundaun with more regularity than they should, which hurt the pacing of the gameplay and, in turn, the story’s progression. Meanwhile, combat and stealth are also largely disappointing. Combat in this game is heavily de-emphasized, but even if it weren’t, I wouldn’t have recommended engaging with it, given how clunky it can feel. Stealth, meanwhile, is serviceable, but often feels too low-stakes, which can take away from the otherwise solid atmosphere and tension the game keeps building up. 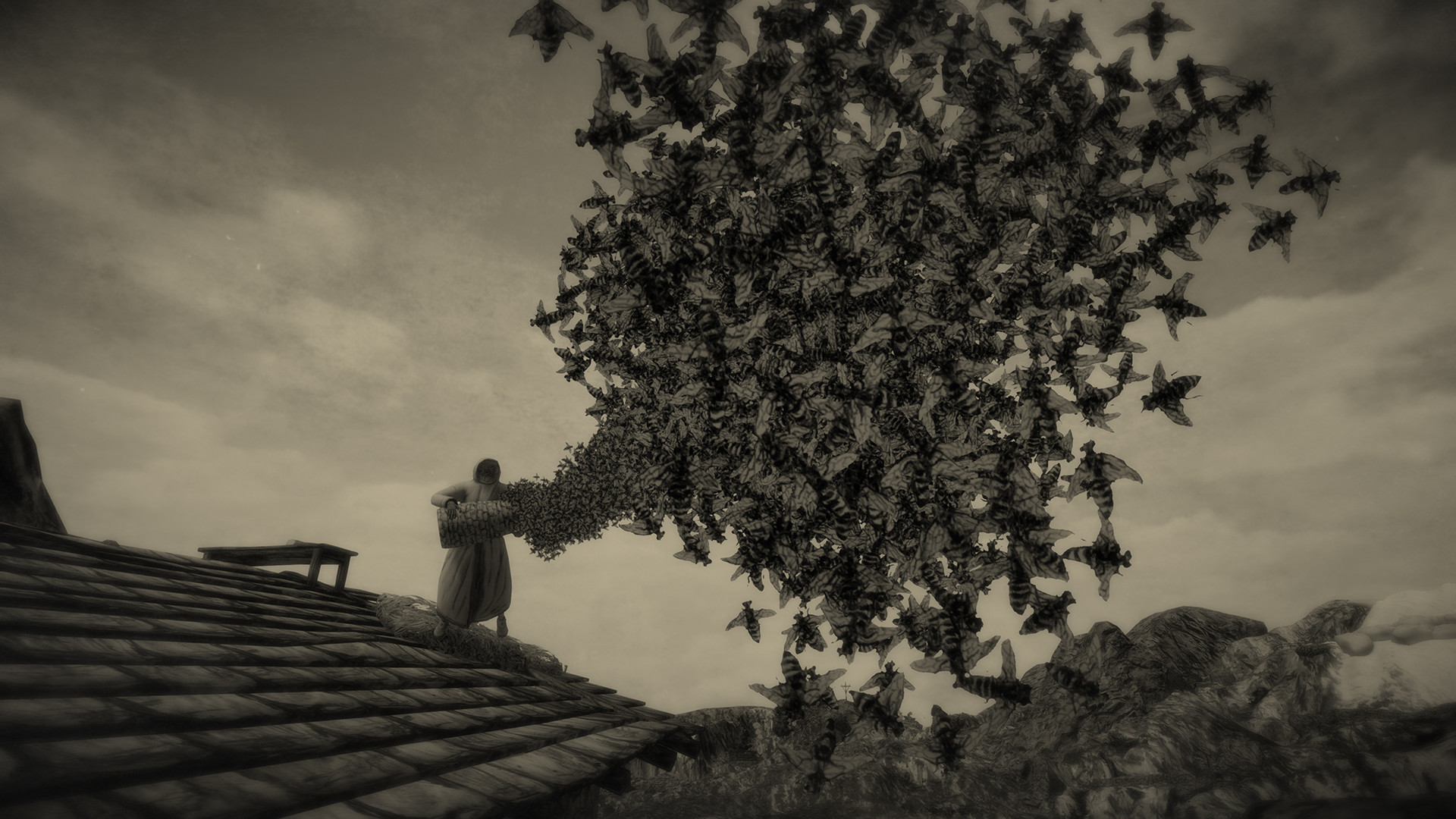 "One-off instances like these are not uncommon in any game, but they crop up in Mundaun with more regularity than they should, which hurt the pacing of the gameplay and, in turn, the story’s progression."

Owing to its very nature, Mundaun might not be a game that everyone can enjoy. It likes to take its time with things, it can often be a bit too opaque, and if you’re looking for a blockbuster visual experience with cutting-edge graphics and shiny reflections in large puddles on the ground, you’re not going to find that here. What this is is a unique, unsettling experience, one that tells a solid story that is rife with spooky entities and hellish nightmares. The pencil-drawn art is absolutely gorgeous, and gives the game a very unique, very distinct identity, and even through occasional moments of frustration brought about with gameplay issues, I felt compelled to keep pushing forward. There’s something here that horror enthusiasts will definitely enjoy, and even though it might not become one of your favourite horror experiences of all time, Mundaun is still a game that deserves your attention, at least for one playthrough.

Gameplay issues can hurt the pacing; Combat and stealth aren't the best.

Final Verdict:
GOOD
There's something here that horror enthusiasts will definitely enjoy, and even though it might not become one of your favourite horror experiences of all time, Mundaun is still a game that deserves your attention, at least for one playthrough.
A copy of this game was provided by Developer/Publisher/Distributor/PR Agency for review purposes. Click here to know more about our Reviews Policy.