Gosh, I hate the incredible difficulty spikes in Paradox games. Not only is it tough for newcomers to understand anything fast, it requires a lot of patience and the willingness to wade through low production values and learn the game to be efficient at it. Naval War: Artic Circle is the same – you will have a tough time early on, but the UI and other things are decently setup by Turbo Tape Games, the developers of this game, to be as much accessible as possible to newcomers. 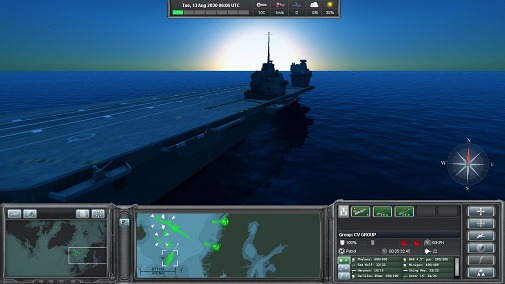 So what is it? As the name suggests, it is a strategy game set in an ocean where you have to attack, defend and command a military force. This includes, helicopters, ships and what not. There are a lot of military hardware at your disposal through the game and the developers have made sure that they stay true to their original models.

The game is set in 2030, where the resources are getting depleted and the Arctic Ocean becomes a battleground for control of power. You are allowed to play as Russia and NATO in the campaign and the game length is quite meaty, and it has actually resulted in some minor gripes which can be annoying to a lot of people. 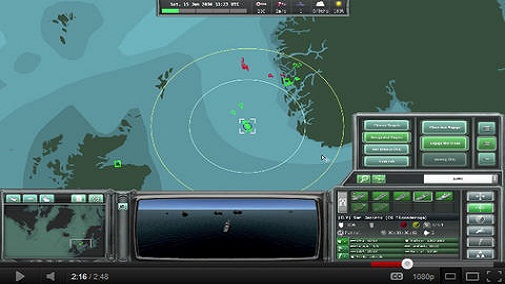 The game does not allow you to save mid-game, and this is the worst boneheaded decision I have seen, like ever. Why? Because it takes ages to complete one mission considering it’s an RTS game, and replaying a mission again is not funny. Who wants to play the same thing again, after you concentrated so hard in your previous playthrough – not me, *bleep* that. Considering it takes a while to get used to the controls and command, I can’t believe the developers overlooked something like this.

The graphics are bland and there are a lot of jaggies, which is understandable. It’s not a big budget game; it’s a PC exclusive with old-school gameplay mechanics, although, I have to say the military units are perfectly designed. The UI design is not pleasant and it a sight for sore eyes but it works. New comers to the game will take a while to learn all the commands but the NATO campaign contains a tutorial which should make things easy for them. 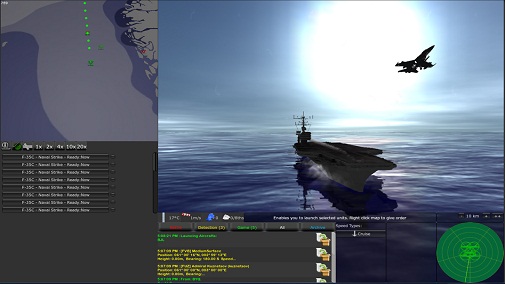 It is difficult not to complain about things like graphics, because it is so in your eyes – all the bland textures and jaggies make playing the game very boring. But people who only care about satisfying gameplay will experience it in the game, especially in the later campaign levels when things get serious. It’s all about strategy and the way you use your units, for example, scouting is very beneficial but if you use a radar carelessly it will attract enemy missiles. The role of each units should be well defined to properly play the game otherwise you don’t really want to replay the mission again after spending 1 or 2 hours on it.

The AI is competent and will provide a good challenge later on in the campaign, and it is one of the redeeming things about the game. You have to play the missions in the order described and for a PC game, giving so many less options to the player is really disappointing. You can, however, fast forward time to speed up battles, which is a good thing. 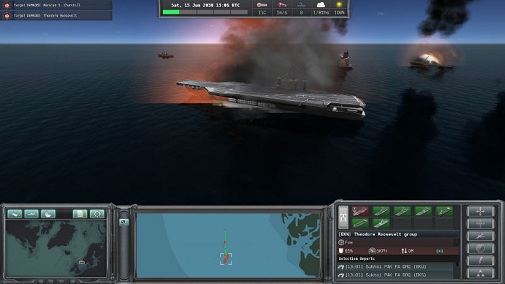 Naval War: Arctic Circle has a lot of neat ideas wrapped up in a poor presentation and production values, but if you can somehow ignore that and I doubt it, the game will offer you some satisfying strategic gameplay. There are 23 missions available at your disposal and the ability to play as Russia and NATO, and it costs $15 on Steam. I think the game offers a good value for money, but as a gamer, if you have patience and can ignore the faults like poor graphics, then give it a go.

Final Verdict:
FAIR
Naval War: Artic Circle has a lot of neat ideas wrapped up in a poor presentation and production values, but if you can somehow ignore that and I doubt it, the game will offer you some satisfying strategic gameplay.
A copy of this game was provided by Developer/Publisher/Distributor/PR Agency for review purposes. Click here to know more about our Reviews Policy.