Last year’s NBA outing from 2K Sports was my first purchase for the Xbox One at launch. The decision was not solely based on reviews but because, along with a certain centurion-based game, it seemed the standout title to showcase the console’s graphical grunt. I wasn’t wrong; it looked and played brilliantly – but I’d suggest that this year’s version, NBA 2K15, is leaps and bounds better.

The presentation throughout NBA 2K15 is fantastic, from the menu screens and commentary to the gameplay itself. The players look eerily realistic; their faces grafted onto nicely animated figures that storm about the court with purpose. The arenas themselves look incredible too, with lights flashing and the crowd leaping up and down excitedly, just as they do in real life. Step back from the screen and you’d be forgiven for thinking this was live TV. The movement of the players is staggeringly good, with them becoming more laboured and sweaty as each match progresses. 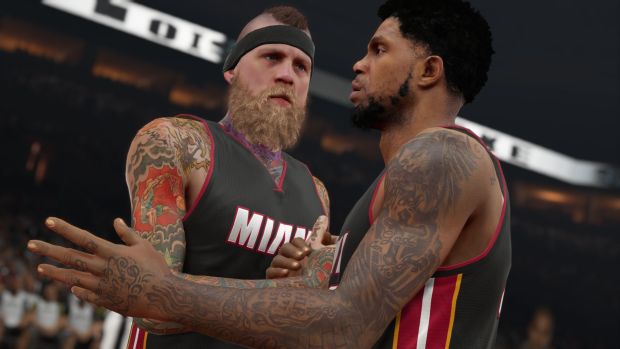 "Besides the aesthetics, there have been numerous tweaks in terms of gameplay and it results in some impressive end to end action. The AI is improved, as are the physics.

One of the headline grabbers this year is the face scan facility, which makes use of Kinect’s technical wizardry to capture thousands of reference points so you can create a virtual you that will appear in the game. Sadly, it isn’t without its flaws and it’s highly likely that you’ll end up either with nothing to show for your efforts (the servers kept going down after my scans, which meant I lost everything and had to endure the entire process over and over) or you’ll be presented with some monstrosity that looks nothing like you.

You’re instructed to keep your head framed within a box that appears on screen that turns green when you’ve assumed the correct position. Then a counter appears and you have to remain still and expressionless with the occasional turn of the head to the left and right. It’s not a quick process by any means – and it becomes all the more frustrating when Kinect “loses” you. It’s a great idea, which unfortunately, isn’t executed too well. Still, persist and the results can be pretty decent.

Besides the aesthetics, there have been numerous tweaks in terms of gameplay and it results in some impressive end to end action. The AI is improved, as are the physics.

Attacking is intuitive and within minutes of picking up the controller you’ll be bombing down the court, creating vital space and then slamming the ball into the basket with aplomb. The new Shot Meter that sits beneath each player is a welcome addition too, offering some visual feedback as to when is best to release the ball for a shot – although you may find you spend your time looking at your players’ feet to see the guide rather than your team mates and what is happening around the rest of the court. 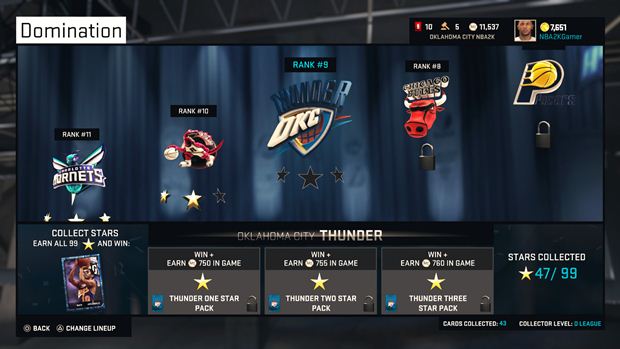 "2K has certainly gone collaboration crazy with this year’s edition. From Shaq providing insight from the TV studio and real players lending their vocal talents as mentors in the MyCAREER mode, to Pharrell Williams co-ordinating the soundtrack.

Defensively though, it’s a different story and you’ll no doubt find it tricky to do much to stop your opponent racking up the points. Much of my players’ time was spent flailing their arms about in an attempt to get the ball and I found it all too easy to concede fouls… which may help to explain some of the embarrassing results I suffered.

2K has certainly gone collaboration crazy with this year’s edition. From Shaq providing insight from the TV studio and real players lending their vocal talents as mentors in the MyCAREER mode, to Pharrell Williams co-ordinating the soundtrack.

Lurking within the many layers of menus, lie a load of game modes that should easily keep gamers busy until next year’s inevitable update. Solo, you can turn your hand to an quick exhibition match and dive straight into the action, or you can embark on a career in the NBA. MyCAREER lets you create a player and take them on a journey to greatness, improving performance and skills along the way. Here you can set everything from your player’s position and team to their appearance, stance, and shirt number. You start off undrafted and are given just a 10–day contract, hoping that a reasonably decent team will give you a chance to become a superstar.

And if you fancy something a bit more cerebral, then why not try out management with MyLEAGUE – lasting just one season or spanning a staggering 80 years(!) – or MyGM. The latter sees you control pretty much everything in your chosen franchise – from players, staff, monies and trades. There’s a great conversation mechanic in there as well, that lets you dictate how your club is run through varied responses.

This mode is a firm favourite and I really enjoyed simming the season and just playing the occasional game. As you progress, trade offers will come through, reporters will ask hard-hitting questions that may dent the morale of the team and you’ll have to deal with troublesome players who aren’t happy spending so much time on the bench. You can be as involved as you like regarding training schedules and tactics or assign those duties to your coaches if you prefer. The XP earned lets you choose from a selection of special badges that provide boosts and bonuses that can help the team and the finances. 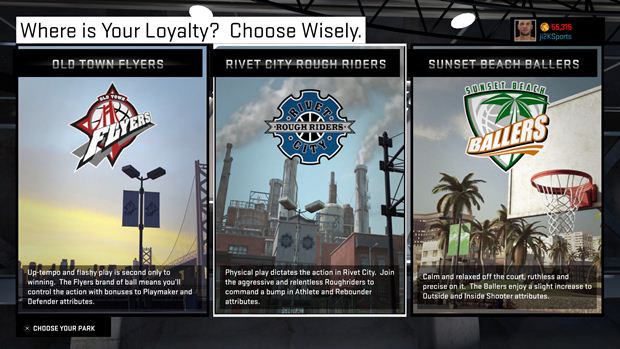 "NBA 2K15 is arguably the best looking sports title out there and will certainly impress if you want to showcase your console. Thankfully, it plays well too and there’s plenty of value on the disc to make a purchase worthwhile.

Sadly the servers have been a little flaky since launch but manage to get online and there’s plenty more to keep you occupied. A new patch has just been released to address many of the issues, however, and fortunately includes improvements to the online play and the face scanning element.

In addition to the usual online league options, the pick of the bunch is MyPARK, which lets you make use of you customised character to take on all comers in street style games. The card collecting MyTEAM mode is included too – 2K’s answer to EA’s Ultimate Team in FIFA – which lets you build the best possible team and auction off unused cards, and will no doubt eat up the hours.

NBA 2K15 is arguably the best looking sports title out there and will certainly impress if you want to showcase your console. Thankfully, it plays well too and there’s plenty of value on the disc to make a purchase worthwhile. There’s nothing more satisfying than winning that vital match after finding little bit of space, then adding a sudden burst of speed and a shimmy before slamming the ball home. Give it some practice and you’ll be pulling off fakes and three pointers with ease, just like Jordan in his heyday.

The gloss and presentation is fantastic – it’s a truly great looking game from menu screen to court. AI has been improved and Shot Meter is a great addition. Plenty of game modes.

Servers were buggy at launch and the face scan tech is a bit hit and miss. Can be a steep learning curve and takes a while to truly get to grips with the controls.

2K Sports shoots and scores with another excellent basketball offering.

A copy of this game was provided by developer/publisher for review purposes. Click here to know more about our Reviews Policy.
Tagged With: 2K, 2K Spor, NBA 2K15, pc, ps3, ps4, Visual Concepts, xbox 360, Xbox One 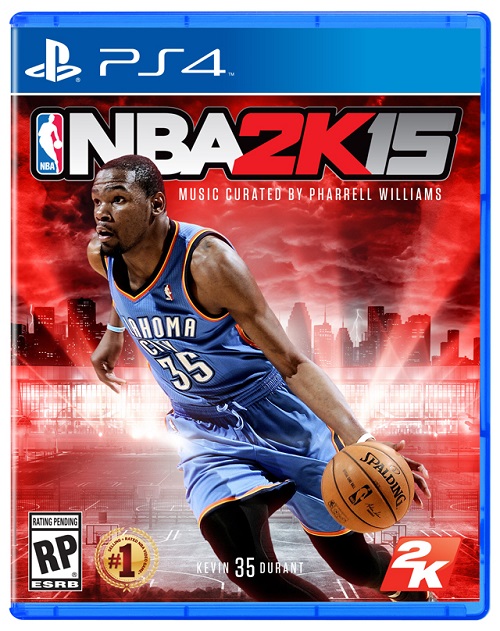