Everything you need to know about NBA LIVE 15.

Slated to be the 20th game in the long running sports series, NBA Live 15 is going to be published by the aforementioned EA Sports and is coming only to the 8th generation of home consoles. Set to launch on the 7th of October, NBA Live 15 will be available on PlayStation 4 and Xbox One.

NBA Live 15 was known to be in development for quite some time, but it was first announced to the public in an open letter that was penned by executive producer Sean O’Brien. In the letter, O’Brien revealed the games release date (which is October 7th 2014; he then mentions that the development team would be working to improve the game after taking the criticism that was levelled at NBA Live 14 on-board.

When NBA Live 14 was first released, the game received some rather caustic feedback from the gaming community, most of which was levelled at the games noticeably sub-par graphical fidelity. To this end, the development team that is working on the game (EA Tiburon) have spent a considerable amount of time and went to great lengths to scan the faces of players and create improved textures and models.

Despite the 8th generation exclusivity, there isn’t a PC build of the game in development, this is strange given the massive similarities in system architecture.

With the NBA Live series being aimed more towards realism and the simulation aspect of gaming, the developers at EA Tiburon reached out to numerous coaches from within the basketball world. Using the information they gained, the game will be designed alongside actual real world strategies and ideas that actively effect the way basketball is played. This information will also be used to improve and tweak player AI. 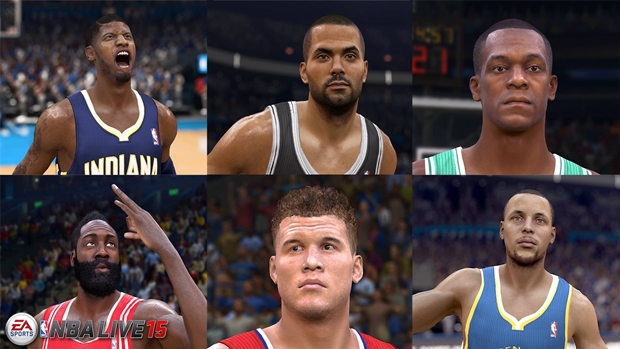 Gameplay Specifics haven’t been announced yet, but it’s highly unlikely that the fundamentals will be changed. Players will recognize the staples of the series such as left stick movement coupled with right stick dribbling mechanics and the Ultimate Team mode.

Speaking to a gamer on twitter (whose name I’ve chosen to remove) that was concerned about control, he said “[redacted] think you’ll really like shooting this year man,”
He continues to say that the gameplay, “Feels/looks great.”