Dated graphics and presentation hold back this year’s entry.

Another year, another football game from EA. This time it’s the well-known college franchise – NCAA football 14. The game is more of a college football simulator rather than an authentic real-sport/team game. So if you’re into college football, then NCAA is your best bet. However, how does the new NCAA Football 14 feel and play compared to last year’s game in the series? Let us find out.

If you’ve played the previous entries in the series, then you know what to expect from the presentation of the game. I certainly believe you can do a lot when it comes down to presentation in sports games. Look at the FIFA series and you will know what I am talking about. 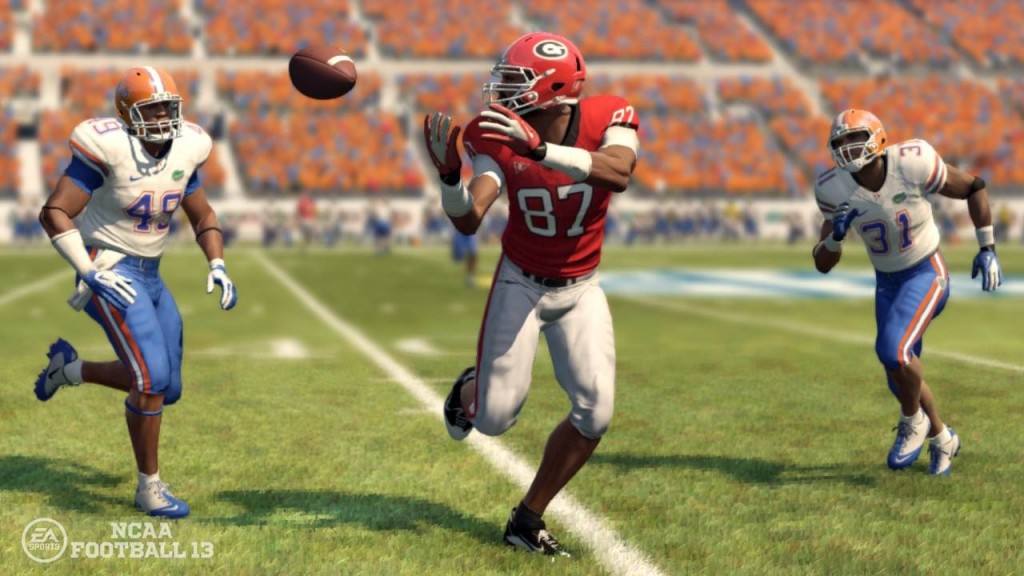 This is a sport game, so it for many it won’t matter. However, it does help a bit if the game has comfortable and sleek menus and somewhat easy navigation in order to create immersion. Unfortunately in NCAA Football 14 there is not much new going on.

"EA Sports is proficient at making games, but sometimes their annual releases don’t do enough to justify another $60 purchase."

NCAA Football 14 is pretty much the same game as you’ve played last year. That’s quite unfortunate because when a franchise is being released annually, and there are not many changes then it’s quite upsetting and disappointing for the fans. If you’ve been a long-running fan of this franchise, then there won’t be much to see or do here that you haven’t done before.

EA Sports is proficient at making games, but sometimes their annual releases don’t do enough to justify another $60 purchase. The graphics are dated along with the audio. That’s not surprise considering the fact that we’re at the end of this consoles generation, but it is still disappointing. 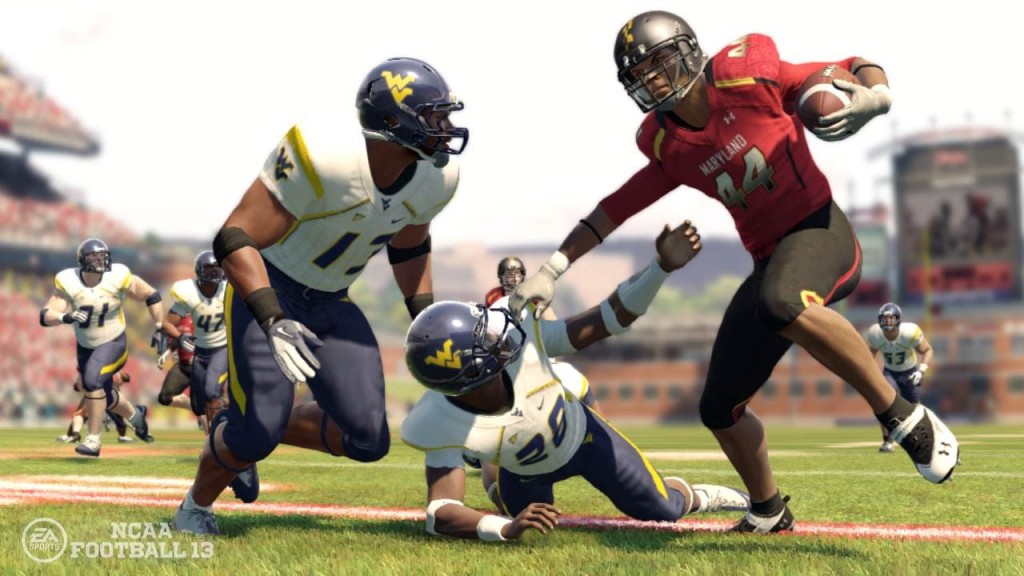 In Ultimate Team, the users can unlock players by trading cards and try to build the best team possible. This can be fun and addicting. However, the biggest issue with Ultimate Team is that it’s online only, and that’s bad. Why can’t players enjoy the game offline and test their team out against a A.I? Quite weird.

"The biggest draw of NCAA Football 14 are undoubtedly the realistic physics. The team at EA Tiburon have done an exceptionally job to convey physics in the most realistic way possible."

For those who remember the Dynasty mode, will be glad to happy to find out that the game will not have any more phone calls and pitches. Instead, the recruiting will be progressed through an RPG-type fashion. Anything you do in the game as a coach will earn you experience points and you will be able to assign them in skill trees to make your football team/players stronger on the field. This can be downright addicting and a lot of fun.

The biggest draw of NCAA Football 14 are undoubtedly the realistic physics. The team at EA Tiburon have done an exceptionally job to convey physics in the most realistic way possible. The movements, weight and size of the players all play a immense role on the field in this game. It’s fun to see your team/players act and move realistically when they come in contact with the opposite team. However, there can be some weird moments where the A.I takes a weird tackling position which creates strange movement. This makes the animations goofy looking. However, it’s not that big of a deal. 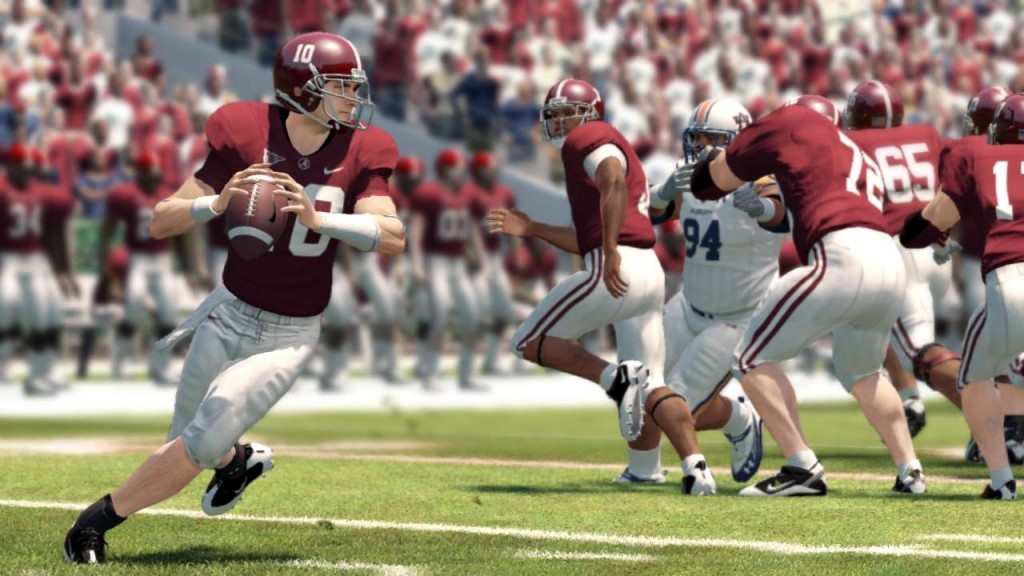 If you never understood the point of sports game, then your opinion won’t change here. If you play video games to experience something unreal and different from real life, NCAA Football 14 is definitely not for you. Although, if you’re  sports fanatic then I guess it’s worth a shot.  EA did make some improvements to this game, but there are also quite a few downfalls, as well.

The dated graphics, audio and the fact that Ultimate Team is online only can rather be disappointing to a lot of fans. Although, the improvements to Dynasty mode are nice.  Again, if you’re a fan of the game then I suggest giving it a rent to see if you’re happy with the changes before putting down you’re hard earned $60.

Physics are quite realistic, Dynasty mode has improved and can be addicting.

Dated audio and graphics, Ultimate Team is online only, not that many new features compared to last year's entry.

There are only a few changes, some are good and some are bad. If you're a fan of the series just give it a rent to see how it is, before you purchase it.

A copy of this game was provided by developer/publisher for review purposes. Click here to know more about our Reviews Policy.
Tagged With: EA Sports, ea tiburon, NCAA Football 14, ps3, xbox 360