Comes pre-installed with The Legend of Zelda: A Link Between Worlds. 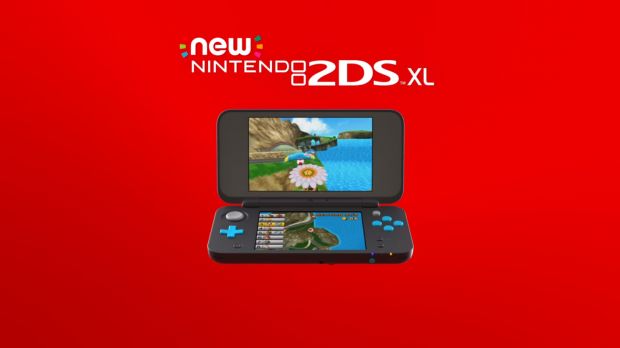 Nintendo has announced a brand new special edition 3DS (well, 2DS, really, but it’s all the same) SKU launching in the US on July 2- the Hylian Shield New Nintendo 2DS XL. The top of the system is styled like the Hylian Shield, the iconic shield that Zelda series protagonist Link is most associated with.

The best part is, the system also comes with The Legend of Zelda: A Link Between Worlds, the fantastic 2D Zelda game that reimagined the seminal 1992 SNES game A Link to the Past, pre-installed. A Link Between Worlds is a great game, and definitely the best title on the 3DS- so Nintendo has chosen wisely here, at the very least.

The system will come in at $160 (so $10 more than a standard New 2DS XL), and will be available exclusively through GameStop (in the US) and EB Games (in Canada).

Now, I don’t know about you guys, but I think I might be trading in my system for this one in the coming weeks…

Become the hero you’ve always wanted to be with the New Nintendo #2DSXL Hylian Shield Edition, pre-installed with The Legend of #Zelda: A Link Between Worlds! Get it exclusively @GameStop for $159.99 July 2! pic.twitter.com/ZDxAVzTFvS