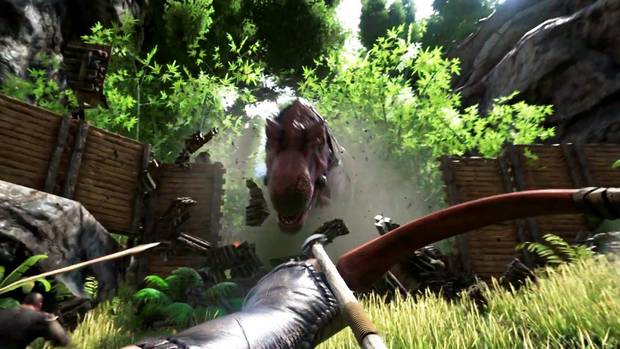 ARK: Survival Evolved continues to, well, evolve. Patch 1.59 is now available for the masses on PlayStation 4 and updates the Ragnarok map alongside some stability fixes. Who can’t appreciate a good stability update?

The patch notes boast over 300+ bugs squashed, from the large like mesh hole exploits and floating bushes, to minor mesh collision and the height of grass in a swamp. Some beasties like Spinos and Therizinos have a better chance to spawn while some elements like Coel has been given decreased amounts.

Players also have new things to play around with, the notes, which can be read just below, highlight the features of oil and water veins, dense metal and obisian drops, and 3 caves (2 of them being building caves). Fixes for various teleporting issues have also been dropped with this patch, because there’s nothing more nightmarish than a dinosaur who can teleport around like some kind of superhero.