A poster over on the Gamespot UK forums has reported that the latest issue of GamePro has some juicy scoops on Killzone 3.
Check them out below. 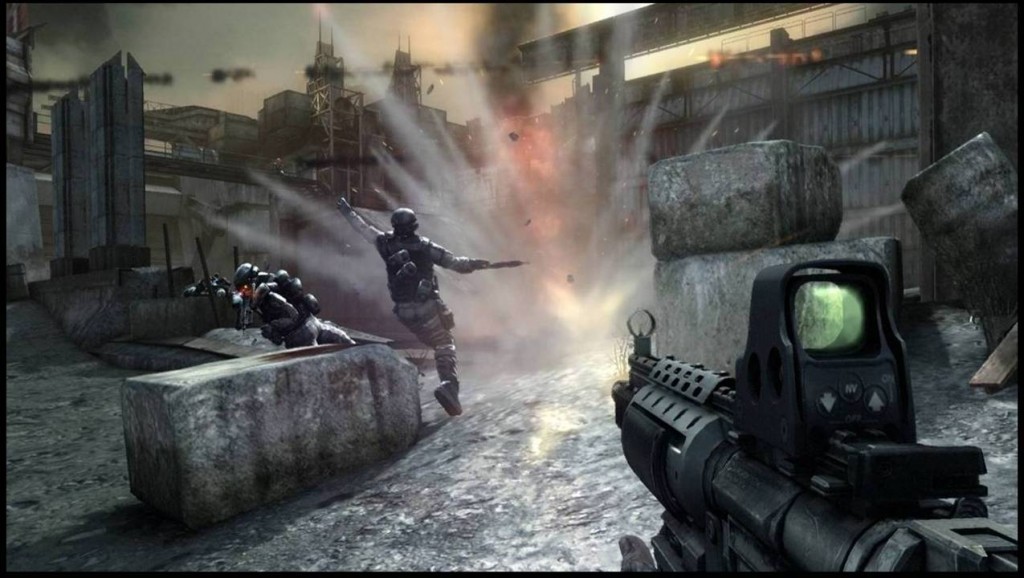 – Will show the Helghast have humanity left in them.
– Will have the feeling that “of being in a place far away from home, outnumbered by people who want to kill you.”
– Will be like Inglorious Basterds.
– All of the characters in the screenshots are flying in.. jetpacks?!
– Will include arctic levels.
– One mission in the game involves rescuing ISA Captain Narville.
– Game is playable in 3D!
– Have to wear 3D glasses, apparently the 3D effects are “crazy.”
– Combat is “unchanged from predecessor.”
– Or is it? Hand to hand combat involves you “Unloading a string of different (and often brutal) attacks on stunned enemies.”
– The scale is supposed to be “bigger this time.”
– The Jetpacks are “surprisingly lightweight and agile, Killzone 3’s jetpack is easier to maneuver compared to the sluggish incarnations of the gadget found in other games.”
– New weapon called the Wasp, basically shoots a “flurry of rockets” at an enemy.
– Will show off the Helghast culture.
– There is actually a Helghast language, which will be explored in the game.
– Will have “diverse locales.”
– Have to sit in the center of the 3D tv for the 3D effects to work.
– 3D in this game is called a “Game Changer.”
– Going to have “Intense Action”
– Jetpacks double as a weapon, which basically means a machine gun mounted right on top of it.
– If you shoot Helghast with jetpacks, they’ll “explode like roman candles”
– To control the jetpack, you “have to activate bursts of speed in midair, propelling yourself across further distances.”
– The Jetpack resembles something you’d do in platformers such as Super Mario Bros. Or Uncharted
– In one mission, you have to use the jetpack by “launching yourself from glacier to glacier”
– You’ll see “a lot of” snow levels.
– Everything is more spread out in this game.
– The game looks very complete.
In case you didn’t notice our not-so-subtle bold hints- there will be jetpacks and 3D in Killzone 3. Hell yeah.
But pick your jaw up off the floor, there are some scans to feast your eyest on too. 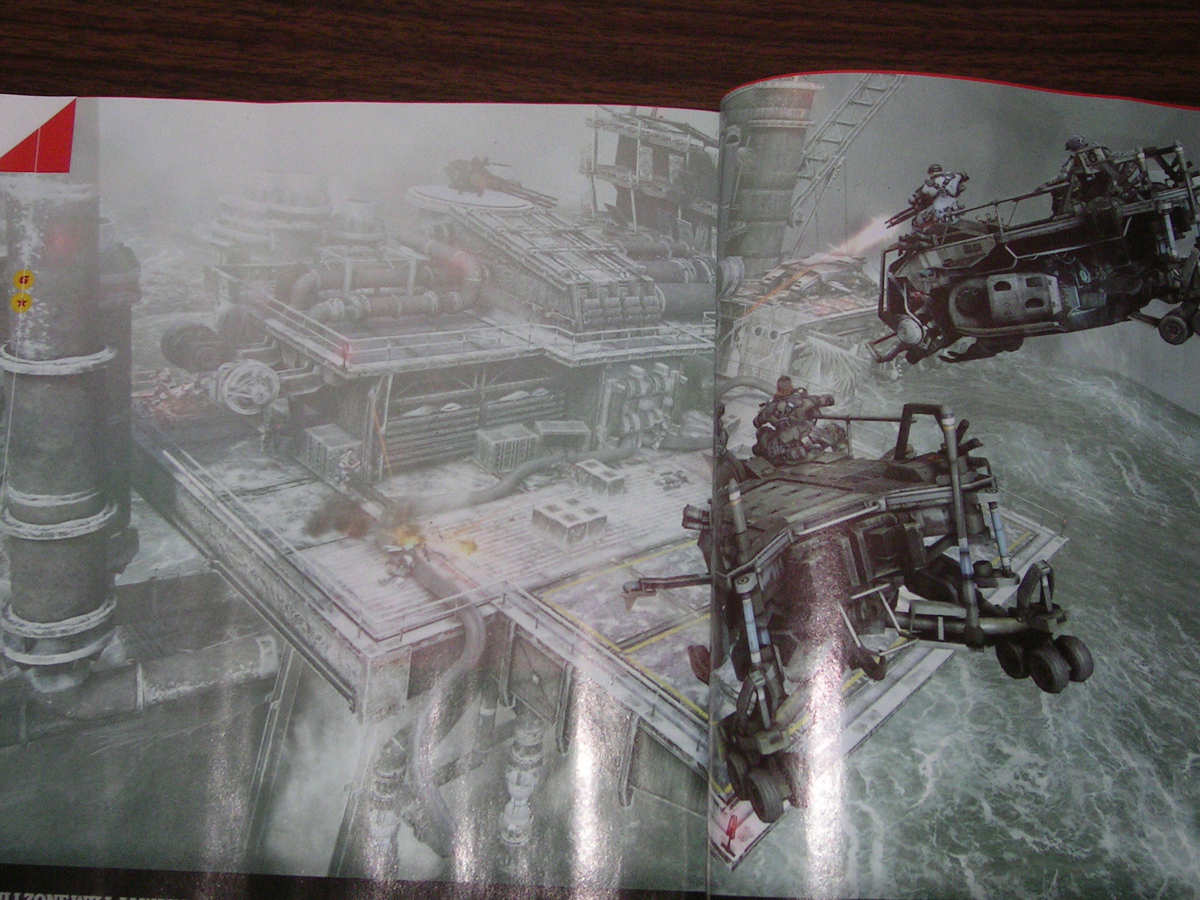