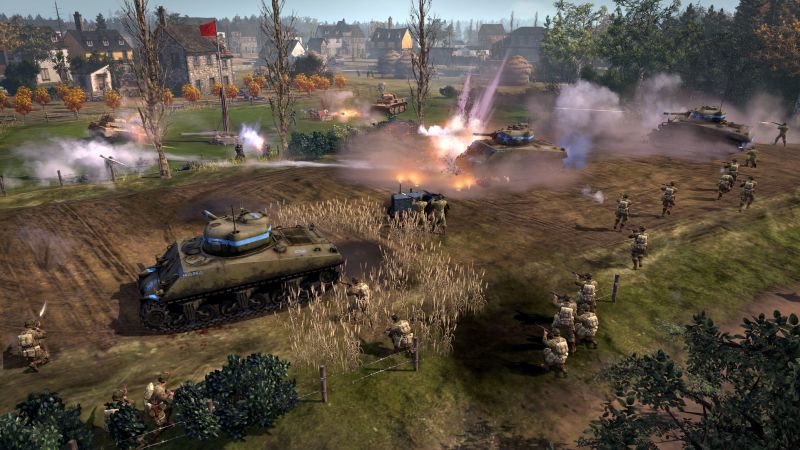 Sega and Relic have revealed a brand new standalone multiplayer expansion for Company of Heroes 2, the World War 2 era based real time strategy game that released for the PC in 2013. It’s called Company of Heroes 2: The British Forces, and it will feature “a new set of distinctive tactical gameplay options articulated around a new tech tree including new infantry, team weapons, vehicles, upgrades, commanders with unique abilities, and a total of eight new multiplayer maps.”

“Play as the unconquerable Britons and their motley-crew of soldiers! A force remarkable for its diversity, including Englishmen, Scotsmen, Welshmen, Irishmen – representing everyone from the working classes to the upper class elite of the United Kingdom,” reads the official description.

“Under the leadership of the fiery Sir Winston Churchill, this assorted mix put aside their differences and became the only remaining Western European nation to escape the grip of Axis-dominated Europe, before leading the final offensive with the other Allied Forces.”

The expansion will launch on September 3, for $12.99; to sweeten the deal, you get 10% off if you pre-order it. If you already own anything from the Company of Heroes franchise, you get 20% off as well.