Another trenchant entry in the sports genre.

It would be unfair to treat sports game that have been coming out these days with a desultory wave of the hand. While it’s true that a lot of sports games find it hard to find themselves in the lists of games with top notch graphics, they are most certainly catching up fast on that track, and we have the new gen consoles to thank for too hihc have prompted the developers to ameliorate their practices and work harder towards striving to deliver better graphical fidelity for sports games.

There may still be a little ground left to cover, but the hard work of developers does pay off. Recent addition to the list of sports games making the forums and news pages stir on the internet has been the NHL 15 which was released on the PS3, PS4, Xbox 360 and the Xbox One. 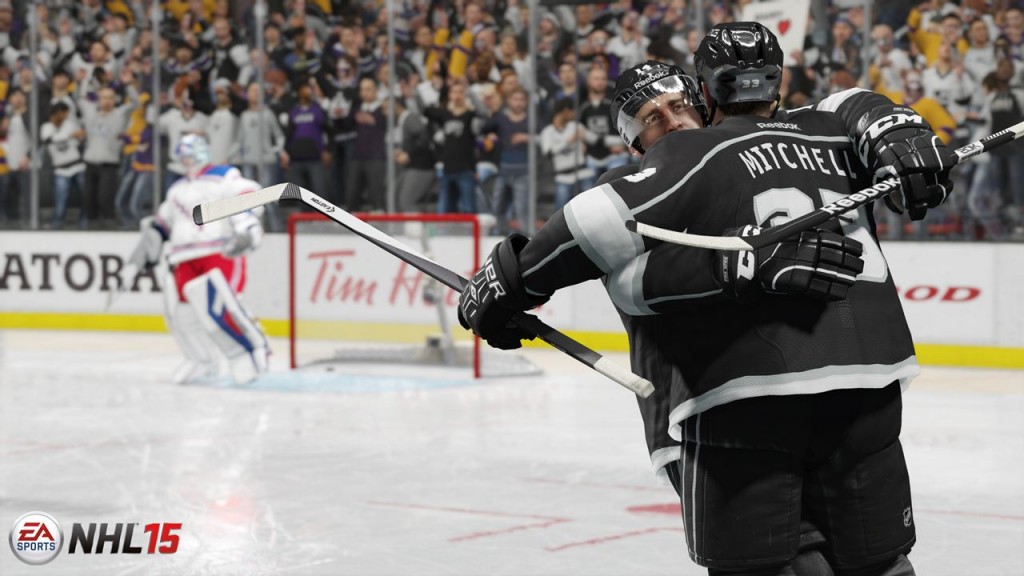 "The texture mapping on both the new consoles is at par, employing good high res rendering. Shadow mapping shares the same story with objects casting accurate shadows taking into account (most of) the various light sources. "

NHL 15 is yet another game in amongst the recent lot of spat settlers that has managed to calm the storms of console disparity when it comes to comparing games based on their visual performance. The game runs at smooth 60fps without a hiccup on both, the PS4 and the Xbox One. Thus, yet again, we’re left to our own devices to to swivel out attention to how the game has been built on the new gen consoles as a whole.

There are a few revelations that take place once you do a perusal of the game. The anti-aliasing of the game is not exceedingly good since edges of objects and player models show the all too familiar staircase pattern.This effect is especially accentuated when a dark coloured object is placed upon a light coloured background such as is the case of a lot of player jerseys when they play on the ice.

FXAA seems to be in place as the edges of objects and seem to be a little smudged out but even the FXAA hasn’t been extensively used to clear out the jaggies altogether. The texture mapping on both the new consoles is at par, employing good high res rendering. Shadow mapping shares the same story with objects casting accurate shadows taking into account (most of) the various light sources. 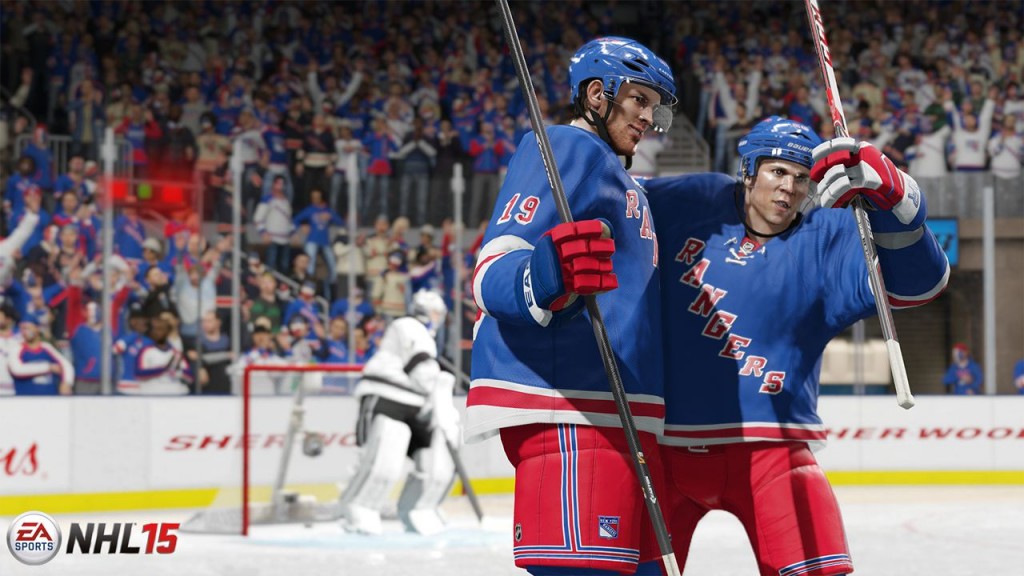 "The crowd also reacts differently to changing game situations so you can expect howls of cheering when you’re winning and dejected fans sitting and moaning when you’re losing as the opposition fans tear the place down with joy."

But what is of significant import is the fact that the developers haven’t given ample attention to soft shadows while ambient occlusion seems altogether missing; this saps away quite a bit of realism from the game, especially noticeable for the people scrutinising games that tend to claim their graphical prowess.

Reflections are anything but working; they are the bare minimum that you’d expect on an eighth generation of consoles. On field objects are reflected nicely and as always, helmets have a nice sheen to them, but turn to the protective barriers around the playfield and it’s not that good.

The crowd has a lot of variations in their reactions and clothing and they cast shadows too, although they aren’t very varied. The crowd also reacts differently to changing game situations so you can expect howls of cheering when you’re winning and dejected fans sitting and moaning when you’re losing as the opposition fans tear the place down with joy.

The players smile and grimace according to the situation at hand which is a nice touch to the situation when the camera pans to players’ faces. The game’s collision physics needs some working but otherwise, object interaction is satisfactory. The game animations are smooth and fluid, but you’re bound to encounter those moments where players take on that stuttery character as if riddled with red ants in their bodices.

Clothes of players ripple and flow which adds appeal to the game. The game also boasts of having three layers on players, the player model, the equipment and finally the jersey, which interact independently to various actions.

That may be the claim but don’t expect to see dislodged equipment and torn jerseys in the game. The puck response is nice and nifty as it slides over the ice and rushes past players when hit with a stick. 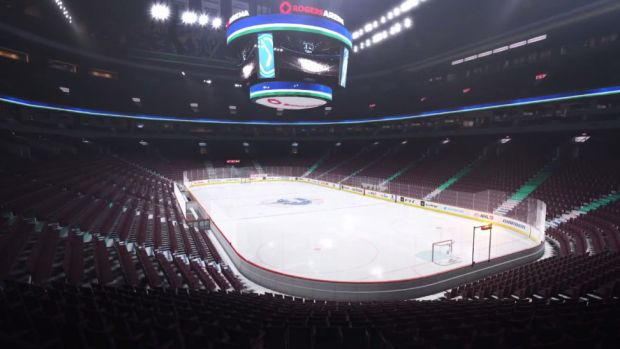 "The seventh generation consoles run a powered down version of the game at 30fps."

The seventh generation consoles run a powered down version of the game at 30fps. Nonetheless, the gameplay is smooth and slick. The player models are the same although you won;t find that much crowd variety, shadows and 8th generation-esque light filtering, texture filtering and AA. The game physics is affected too but not a lot, so you can enjoy the game just as much.

The cloth ripple effect seems missing and as do a lot of reflections. But even with those in place, the game looks more than a tad decent when it comes to games on the old generation of consoles. NHL 15 doesn’t manage to blow you away with its graphical brilliance, but it most certainly looks almost excellent by sports games standards.

The game employs some nifty techniques and while it has its flaws, the game with its responsive and lucid controls makes it a joy experience to have fun.