Night of the Rabbit Review

Every once in a while, a new 2D point-and-click adventure game comes out that can be boring, fun, magical, mysterious or engrossing. Majority of the point and click adventure titles that I have been played in the past usually go into the ‘boring’ category and uninspiring to the point where you just don’t care about solving puzzles anymore or finishing the game to find out how it ends. However, Night of the Rabbit is actually engaging and mysterious enough to enjoyed to its completion despite some of its puzzle-solving flaws. 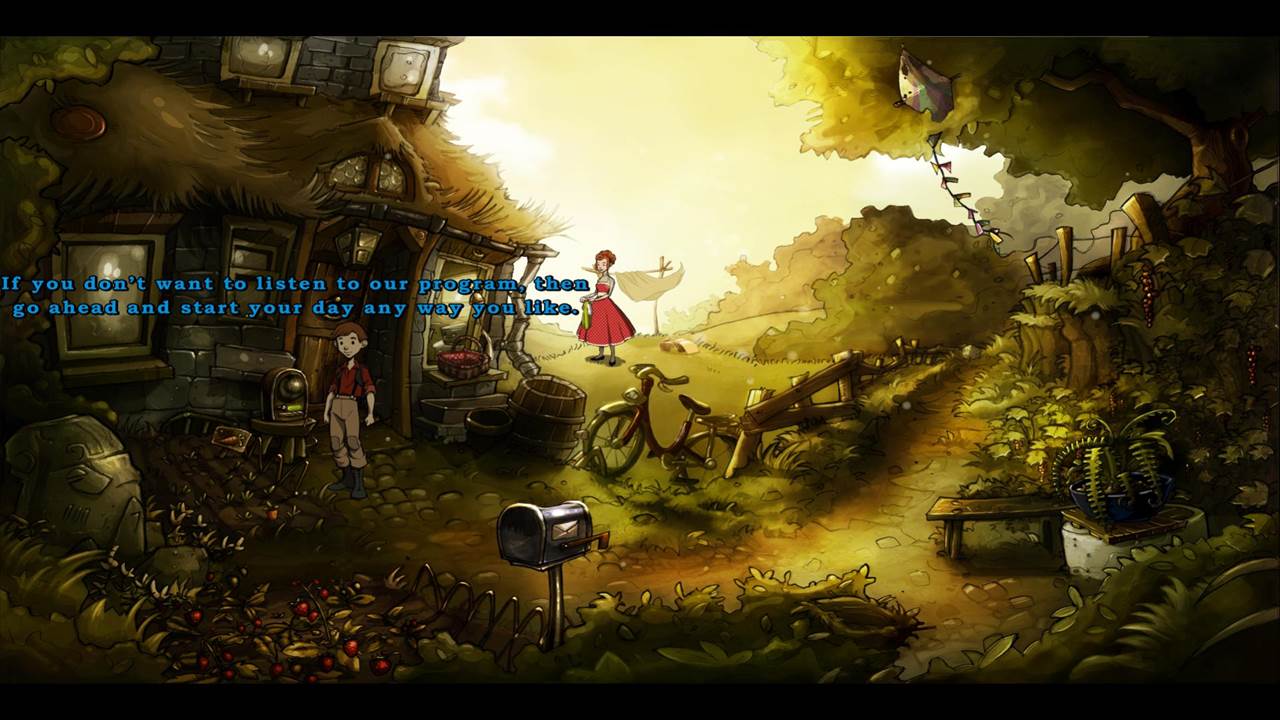 Night of the Rabbit strongest point is certainly it’s presentation and style. If you’re looking for an artistic fairy tale adventure experience, then you have come to the right place. The game has beautiful 2D backgrounds and animations, superb voice acting that totally fits its theme and overall feel. Since the world in the game is so engaging, it actually helps you to play the game because you want to click on everything that stands out in the background to see if anything intriguing or magical happens.

The story in the game is quite simple and doesn’t require much of a brain to get into. You play as a 12 year old boy named Jeremiah Hazelnut who always dreamed of being a magician one day. Thankfully, in video games developers can create anything they want, and Night of the Rabbit does an admirable job of executing a classical fairy tale story-line. During the first chapter of the game after you solve a few puzzles you get to meet a rabbit by name of Marquis de Hotto who’s a magician and is a need of apprentice. He offers Jeremiah Hazelnut the opportunity to do what he always wanted to become, and of course the boy accepts the offer and the real adventure experience begins from there. 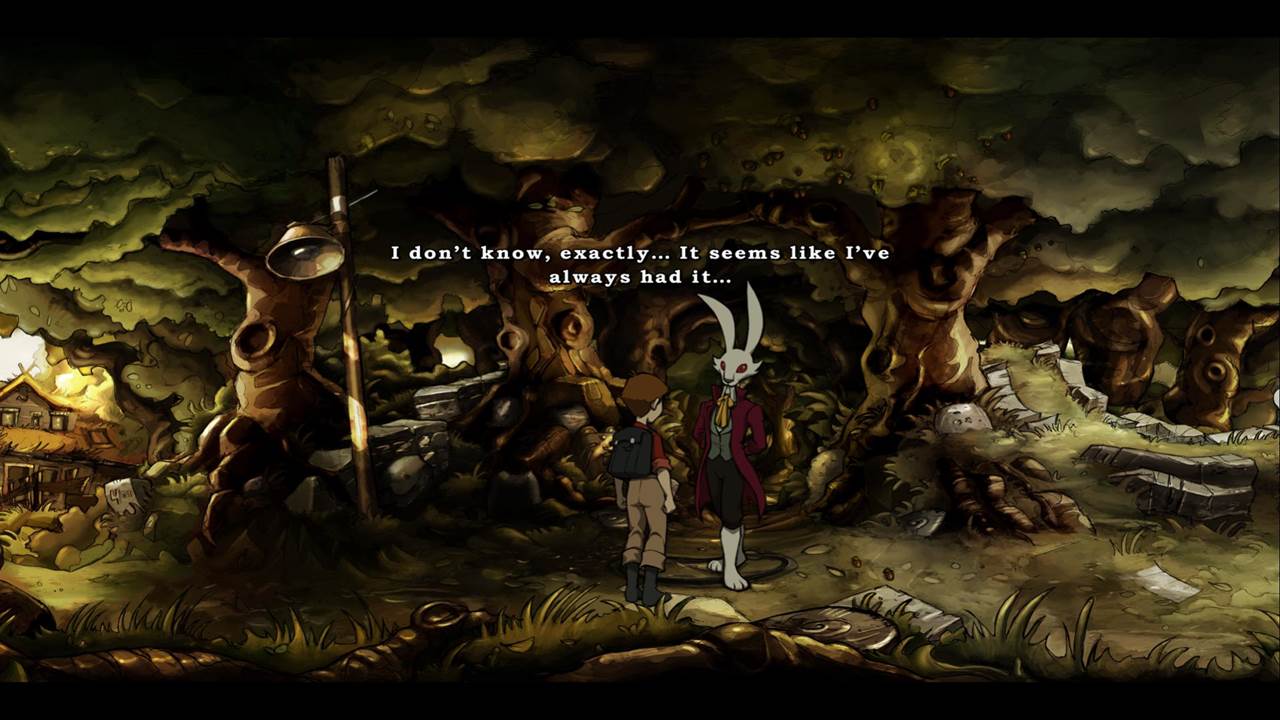 Overall Night of the Rabbit delivers when it comes to bringing story elements and the world of the game thanks to the excellent voice acting, 2D art, animations and fun story-telling.

Gameplay in the Night of the Rabbit is quite standard and doesn’t actually deliver anything new to point-and-click adventure games that haven’t been done before. As Jeremiah Hazelnut,  your job is to solve puzzles, listen and look for clues and talk to fairy tale characters to figure out what to do next. As any adventure game,  you have an inventory that you use to combine elements to create an item to solve a particular puzzle and so on. 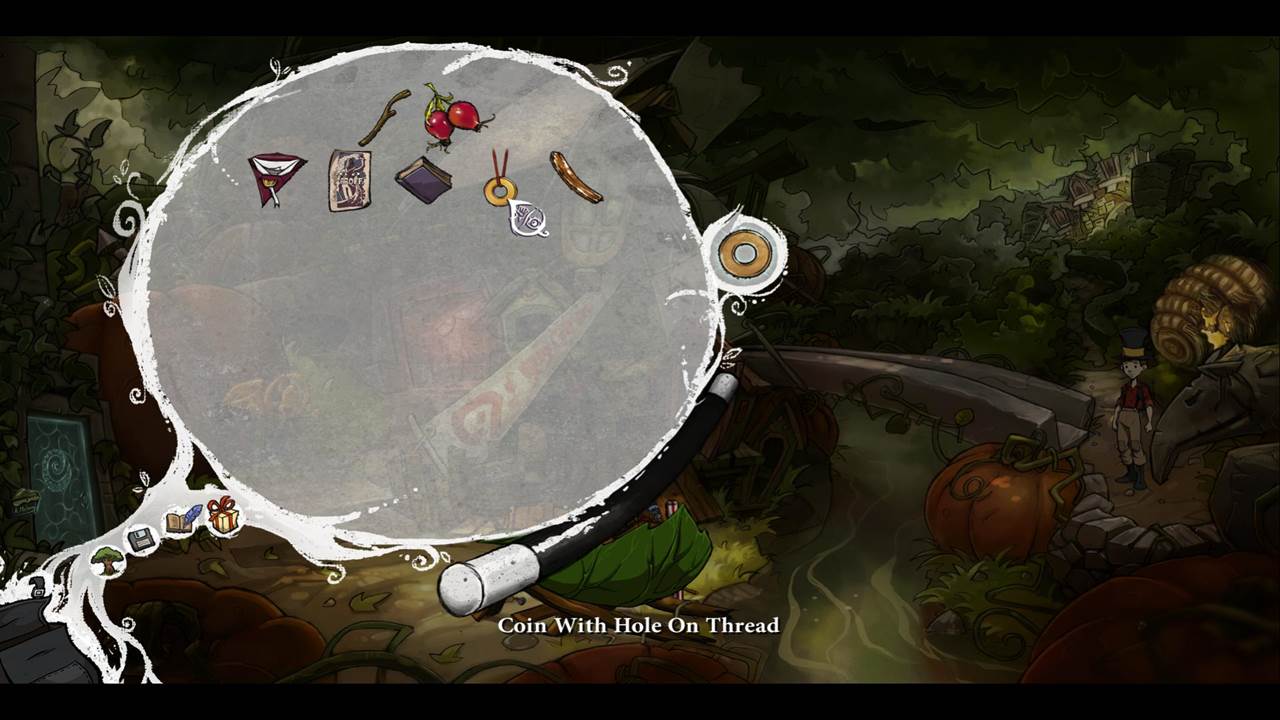 Earlier in the game the puzzles are easy to solve, but as you get further into the game get ready for a some frustration and annoyances due to useless hints that don’t help you in any way whatsoever. The only real help you can get is by pressing Space Bar on your keyboard to bring up your magical coin that shows you every interact-able object on screen.

There have been a few times where it just got downright annoying since I was not able to continue the game and see how the story-line progresses. You may come to the same conclusion at one point in the game, unless you’re extremely patient and don’t mind brain melting. 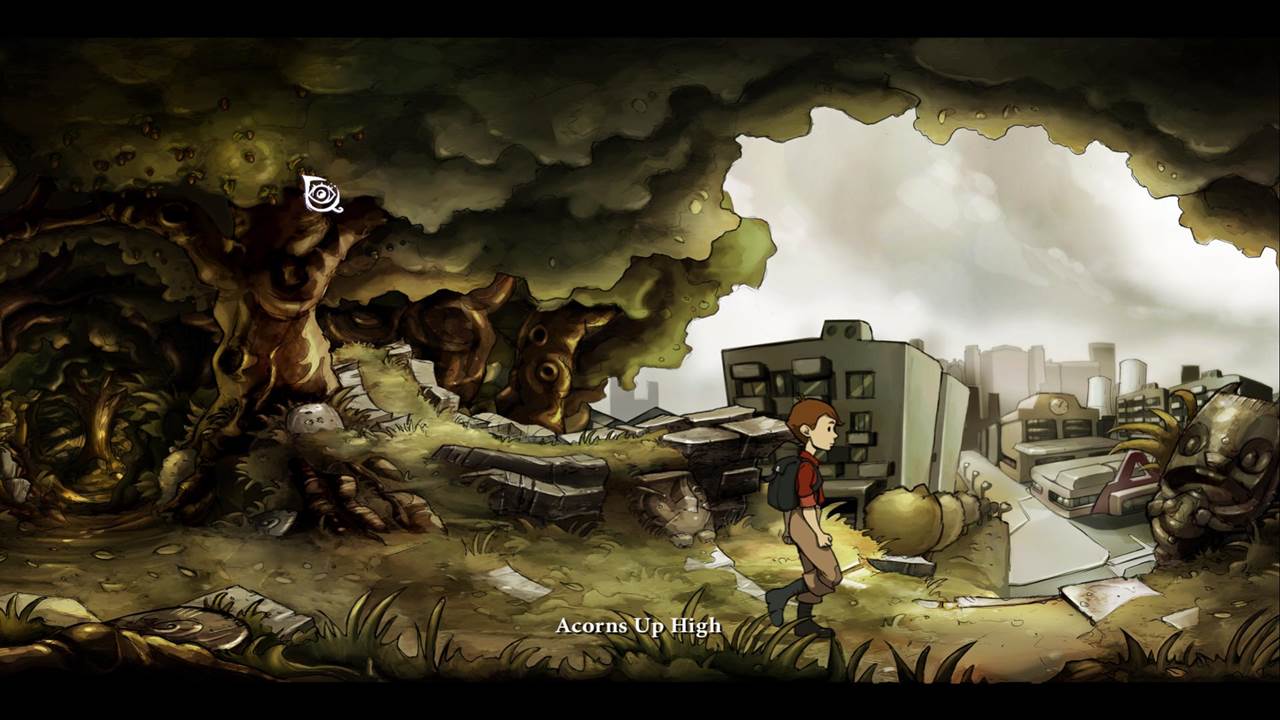 Despite some of the frustrating puzzles Night of the Rabbit still delivers a solid gameplay experience that can still be enjoyed if you look past its frustrating puzzles thanks to its unique style, feel and story-telling. I personally love fairy tales, so I decided to stick with it and keep on going until the end.

Overall Night of the Rabbit is a delightful adventure game that I think everyone should at least give a shot. The presentation of the game is certainly the reason you’d want to play this game despite its issues with some of the puzzle elements. If there is ever to be a sequel, I would play it and hope that some of the puzzle mechanics would improve. Adventure games are quite scarce now, and Night of the Rabbit clearly sticks out as one of the intriguing titles that adventure fans should give a try.

Some puzzles can really be frustrating and annoying due to useless hints.

Final Verdict:
SUPERB
Night of the Rabbit is a great adventure game with a few frustrating puzzle elements. Other than that the game's presentation is fantastic and it's one of the better adventure games out there on the market.
A copy of this game was provided by Developer/Publisher/Distributor/PR Agency for review purposes. Click here to know more about our Reviews Policy.