Ninjas and cyberpunk settings have often mixed to great effect in video games, and the upcoming action platformer Ninja Issen is hoping to replicate that success. With the promise of intense, high-octane action in a adventure driven by story, Ninja Issen is looking like an intriguing throwback to classic 16-bit sidescrolling action games, and what’s been shown of it so far definitely seems to hold potential. Curious to learn more about the game, we recently reached out to its developers with some of our questions. You can read our interview with director Won-Seon Jang of Asteroid-J below. 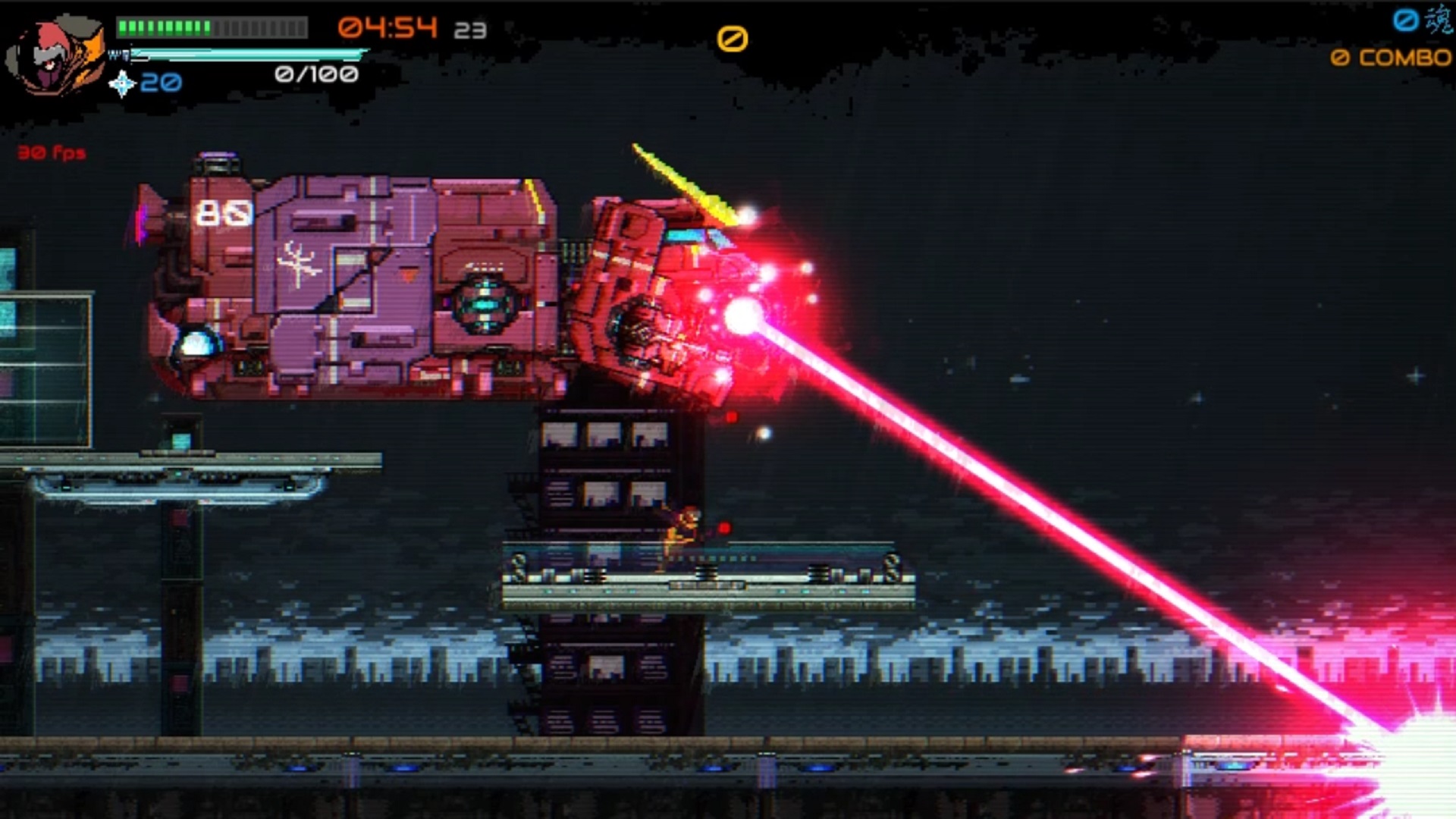 "Ninja Issen is a side-scroll action game in which close combat with swords is more common than long-range battle. My aim was to have players face not two or three, but countless enemies alone in the screen."

Ninja Issen is blending what seems like a classic ninja story with a cyberpunk setting, providing some interesting contrast. How did this idea come about? What was the primary reason for going with this setting?

The ninja games I used to play as young were different from what I see now. Of course the present ninja games are fun too, but from the way I see them, they are more focused on infiltration and stealth rather than action. Ninjas (including TMNT) in the 8-16 bit era walked the streets and fought countless enemies.

So I began making Ninja Issen, thinking: what if I brought those 8-16 bit era ninjas to the present day?

And cyberpunk would be the perfect dark world where ninjas can get away with openly clashing their katanas in the streets. To me, this combination was very satisfying.

Can you talk about enemy design and variety, and what player can expect from Ninja Issen in that area?

In Ninja Issen, you can find three different factions in two different timelines. There is a ninja force in the “past” where Kiba, the protagonist, belongs to. And in the “future”, Kiba is chased by an unknown group of ninjas and the army. Each faction is represented by their own attires and abilities.

Because of this, players may have unique gameplay experience for each stage.

How does progression work in the game? Will players be learning new skills and growing more powerful as the story progresses?

Ninja Issen is a side-scroll action game in which close combat with swords is more common than long-range battle. My aim was to have players face not two or three, but countless enemies alone in the screen. Ninja Issen will feature hack and slash action among modern ninja games that emphasize infiltration and stealth with precision.

How much variety can we expect the game in terms of the abilities players will be able to use?

Kiba’s ninjutsu includes melee, long-range, and special moves as well as teleportation. Plus, “Issen” and “Flash” are the main skills players can expect.

Issen is a sword skill that enables Kiba to pierce many enemies in one move, while Flash is used to avoid enemy attacks and teleports Kiba to the hidden dimension one can’t normally get to.

Many other ninja moves are available, too, like “Fire Dance” and “White Shadow”.

Can you talk about boss battles, and how big a part they have to play in the overall experience? What can players expect from their design and what kind of a challenge they will put up?

Boss battles play a big part in Ninja Issen because players need to beat them to advance to the next stage. Each stage features a unique boss that is related to the main story. Right now, I’m trying to diversify the bosses’ patterns so that fighting them can be more immersive and less boring.

For example, I wanted players to react to the situation they’re in, rather than memorizing patterns, by making the boss shoot lasers at different angles based on Kiba’s position. But after I realized my initial design skyrocketed the game’s difficulty, I’m redesigning the boss battle to mix fixed patterns and variants.

What is Ninja Issen’s approach to difficulty and challenge going to be?

To begin with, I try to refrain from making the game difficult to stretch the playtime.

Aside from skills acquired in the story, players are given some liberty to choose their own skills to strengthen Kiba. As Ninja Issen is both action and story-driven game, I want the game to be an action challenge, but not too difficult for players to immerse themselves in the scenario.

I understand that in some way, playing Ninja Issen itself could be a challenge to gamers. It will be a whole new experience for them to try a new game made by a developer they’ve never heard of. So I’m doing my best to create a fine gameplay experience for people who want to play my game.

Roughly how long will an average playthrough of Ninja Issen be?

Players will be able to see the ending in roughly 15 hours. 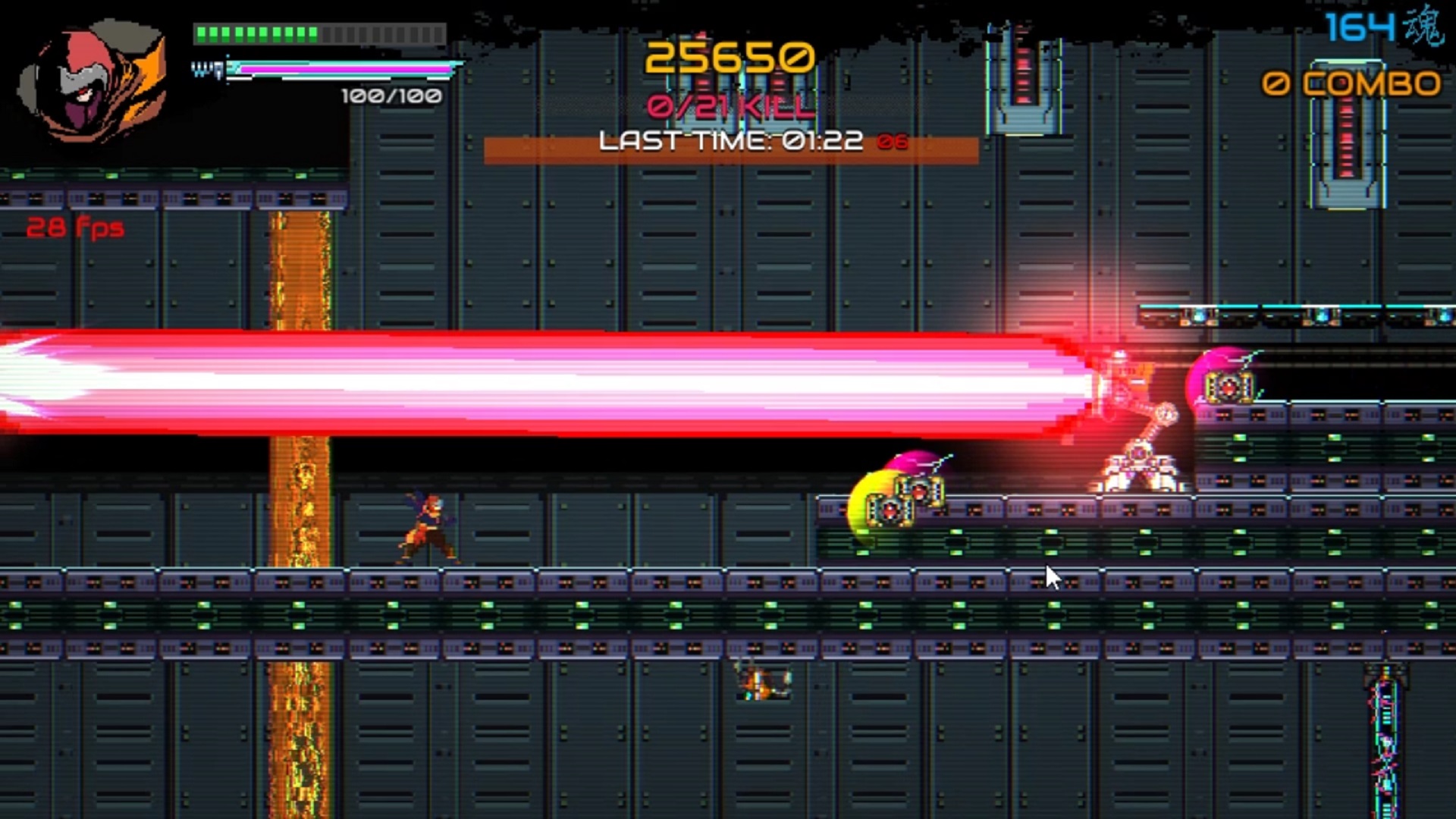 "I understand that in some way, playing Ninja Issen itself could be a challenge to gamers. It will be a whole new experience for them to try a new game made by a developer they’ve never heard of. So I’m doing my best to create a fine gameplay experience for people who want to play my game."

What frame rates and resolutions is Ninja Issen targeting on the Switch in its docked and undocked modes?

Ninja Issen is a retro-style game but will not bring frame rate and feeling of that era. The game is currently under development to run at 60fps, but I plan to optimize it for Nintendo Switch so it can run without any drop in frame.

Do you have any plans to eventually bring Ninja Issen to PlayStation and Xbox?

I’ve been dreaming of making console games, and now I’m so happy to see my dream becoming a reality. I’m especially interested in next-gen consoles, but it’s a shame I couldn’t get my hands on them yet. If possible, I want to port Ninja Issen to as many consoles as I can.