VR gaming comes to the Switch- in cardboard form. 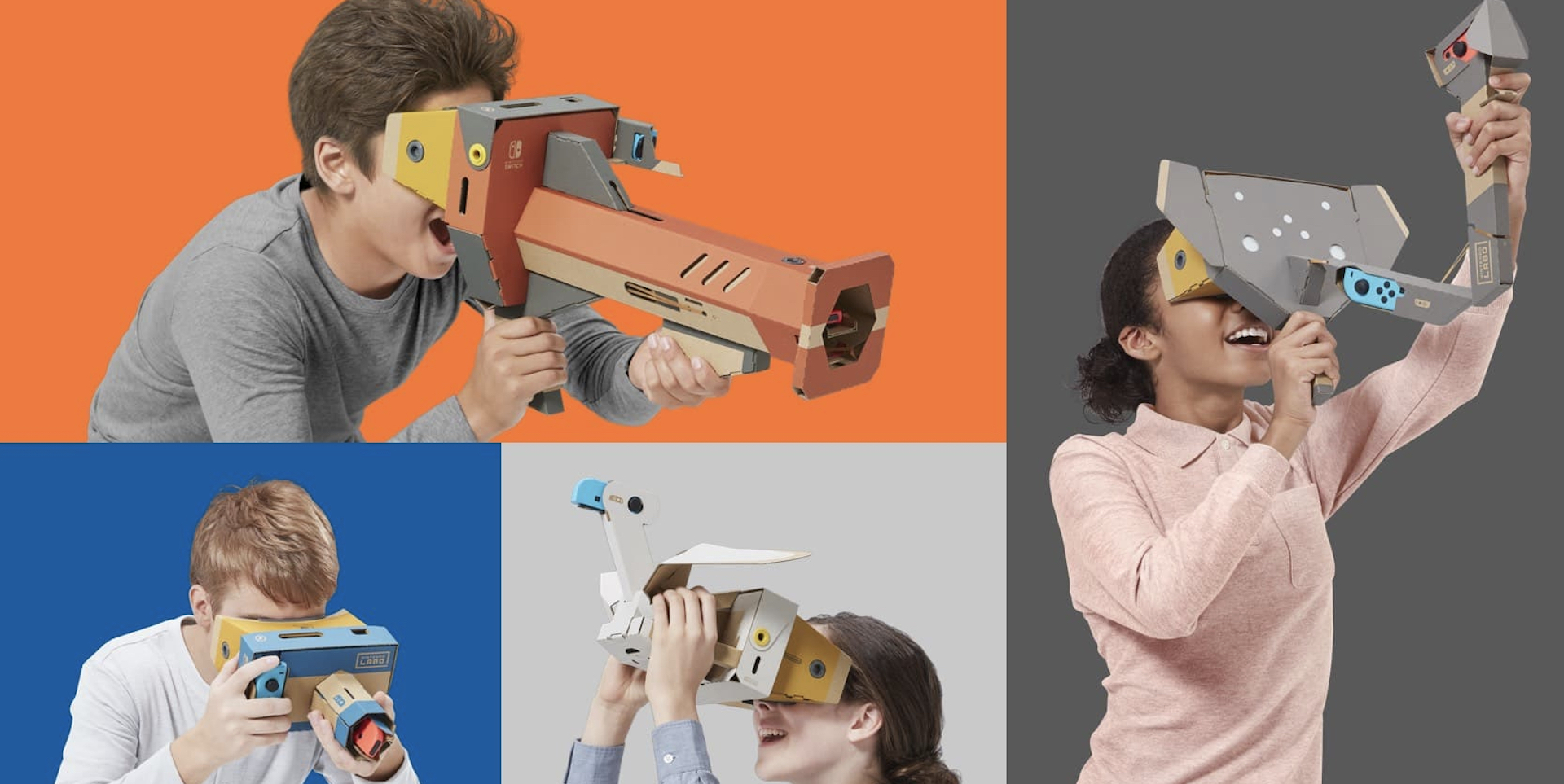 There had been rumblings here and there recently that Nintendo would be looking to add some sort of a VR solution to the Switch in the near future, while Nintendo themselves have, in the past, spoken about doing something along those lines, and now, they’ve officially confirmed it- well, sort of. It’s cardboard VR. But hey, it’s something.

In case you haven’t guessed, Nintendo have announced a VR Kit for Nintendo Labo, alongside six new Toy-Cons in conjunction, including Toy-Con VR Goggles, Toy-Con Blaster, Toy-Con Camera, Toy-Con Bird, Toy-Con Wind Pedal, and Toy-Con Elephant. A complete package of the required software, as well as all six Toy-Cons, retails for $79.99, while a starter kit, containing the software and two Toy-Cons – the Toy-Con VR Goggles and Toy-Con Blaster – retails for $39.99.

Both kits, of course, include a screen holder and a safety cap. Those who purchase the starter kit can choose to get the other Toy-Cons across two Expansion sets, each retailing for $19.99. It’s no Oculus, or PSVR, but it’s a good step- and definitely lends more value to the entire concept of Labo.