With so many Third Party devs working on the PS3 and the 360, what’s going on with the wii?

In a recent interview with Reggie Fils-Aime the Nintendo of America President, he was asked a few questions about Third Party devs, and how nintendo will help the devs. 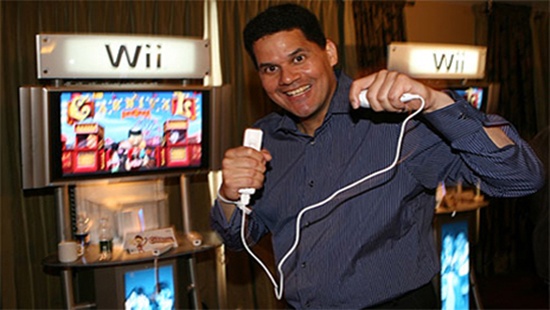 “Let me answer the question two different ways. First, as a platform holder our responsibility is to create a large installed base for developers to create content, to provide them with the tools and the insight to help them create great games, and to have in place a profit model that motivates them to create the content and reap the rewards. We’ve done that; global installed base is over 67 million for Wii and there are 120 million in the DS family. So there’s a large installed base, an easy platform to develop for and a strong set of tools out there” said Reggie.

“In addition to that, part of the reason why we come to a conference like this, and bring some of our key development talent is also to challenge the mindset of what content can be. To have someone like Sakamoto-san talk about Tomodachi Collection and [Metroid‘s protagonist] Samus and share his experiences really is a way that we’re trying to encourage developers to open their mind to do different things.”

“On the other hand, the interesting thing about this business is that developers love to create technically advanced games, and very visually stunning games, but the fact of the matter is not all of that content is selling exceptionally well either,Look at the most recent NPD results. I’m not sure how much was infested into a game like Dante’s Inferno, or how much is invested into a game like BioShock 2, but if that sales level is the best that they will do in a particular month, and it’ll fall off rapidly from there, then those games aren’t going to pay off their investment. So to me, it’s a much bigger question than ‘why aren’t developers creating core content for the Wii?’ It’s a much broader question: ‘How can the development community create content that will strike a chord with consumers and be financially attractive?’ ”