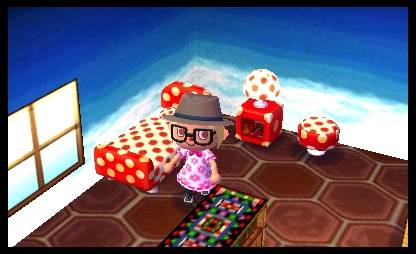 Nintendo pioneered the concept of reprinting and selling older, hit titles in a console’s library at a cheaper price with their Player’s Choice line, but over time, they stopped selling their games at reduced prices, mostly because of how much their games sold- simple demand and supply dictated they didn’t need to drop any prices. And while the Wii got its own line of lower priced reprints at the end of its life, no Nintendo handheld has had a price drop for its game since the GBA days.

Until now- Nintendo of America announced that it would be cutting the prices on five of the best selling 3DS games, down to $30 (from the regular price of $40)- it’s still not the sweet $20 price from the days of old, but it’s a start. Also notable, none of these games are branded ‘Player’s Choice’ either.

The five games that are receiving this price cut are:

The selection of games appears to be entirely arbitrary- it’s definitely not based on sales (the omission of Pokemon, for instance, or the fact that the sluggish selling Donkey Kong is clubbed with games like Mario Kart and Animal Crossing which were veritable sensations at retail, proves that); it’s not release dates either, as games like Ocarina of Time 3D, Kid Icarus Uprising, the 3DS launch games, and so on, are all missing. it just appears to be a list of games that Nintendo felt were selling up to expectations until now, but started slowing down, so they decided to give them another push.

Whatever the classification criteria may be, this is a great time for you to jump on some of those games- three of them are among the best the handheld has to offer.