An in-depth look behind at the Nintendo specs.

The wraps are finally off on Nintendo’s Switch console-handheld hybrid, with an detailed presentation last week plugging in any gaps left as yet unfilled by leaks over the past several months. We can now look at the Switch as a product, and not an aggregate of rumoured featured. Unfortunately, this clarity doesn’t instill anywhere near as much confidence as we thought it might. The Switch is a deeply troubled product. It’s not just the fact that a mere 5 games will be available at launch in March. Pricing, accessories, hardware grunt, even storage capacity: Nintendo’s always had a penchant for doing things its own way, but if anything became clear at last week’s Switch event, it was that Nintendo has simply refused to learn lessons from the ill-fated Wii U.

We’re not out there to doomsay products, but it’s just not that hard to see the Switch being Nintendo’s last console, as it transitions over to a development and publishing model, a la Sega. That’s not to say there’s no hope. There are a lot of reasons to want to a buy: heck, we’re planning on getting one ourselves at the earliest. Let’s take a deep dive and analyse the Switch to find out why.

Although Nintendo themselves have remained mum about the Switch’s hardware internals, apart from highlighting that it utilizes a custom Nvidia SoC, verifiable leaks to Digital Foundry and Venturebeat sounded out the Switch’s hardware specs. Optimists predicted last year that Nintendo would utilize a Pascal-based chip for the Switch. At this point of time, Pascal is a relatively mature platform: From Pascal-based compute monsters like the P100, to in-car entertainment platforms, to high-performance, there are a lot of products based on the Pascal architecture out on the market. Mobile Pascal—first outed in Nvidia’s in-car platform—was actually the earliest showing. There was plenty of time for Nintendo to have incorporated a Pascal-based SoC in the Switch, if it had wanted to.

Instead, what we have in the Switch is a custom variant of the Tegra X1, under-clocked to 768 MHz. Packing 256 shader cores, the Tegra X1’s GPU is reasonably fast, considering its mobile heritage. Factoring in the bandwidth constraints imposed by LPDDR3 memory, we’re looking at a part that would perform reasonably close to a GT 920 MX, in a Windows environment. That’s the best-case scenario for the X1, as seen in Nvidia’s Shield Microconsole and the Google Pixel C. With the Switch, however, Digital Foundry’s sources indicate that Nintendo has downclocked the X1’s GPU component to 768 MHz, a 25 percent drop-off. This is presumably to stay within conservative thermal and power envelopes. This is for when the console is docked, mind you.

When the Switch is undocked, for on-the-go play, we see a further 40 percent drop-off in GPU clockspeed, to 387 MHz. Effectively, the Switch’s GPU spends most of its time operating at a fraction of what the X1 is capable of. What this means is Wii U levels of graphics performance when undocked, and a slight uptick when docked, which would help the Switch output higher resolutions when hooked up to a TV. This is evident in Breath of the Wild, which hands in a 900p output when docked, dropping down to 720p when undocked. At this point, we’re just going to skirt past the incredibly disturbing fact that Breath of the Wild, a port of last-gen title, is manifestly unable to hit 1080p on the Switch, even when docked. With 4K adoption rates on the rise (a market that the PS4 Pro and Xbox Scorpio are catering to), it’s difficult to thin of people squinting at games that render at one eighth native resolution, two or three years down the line. 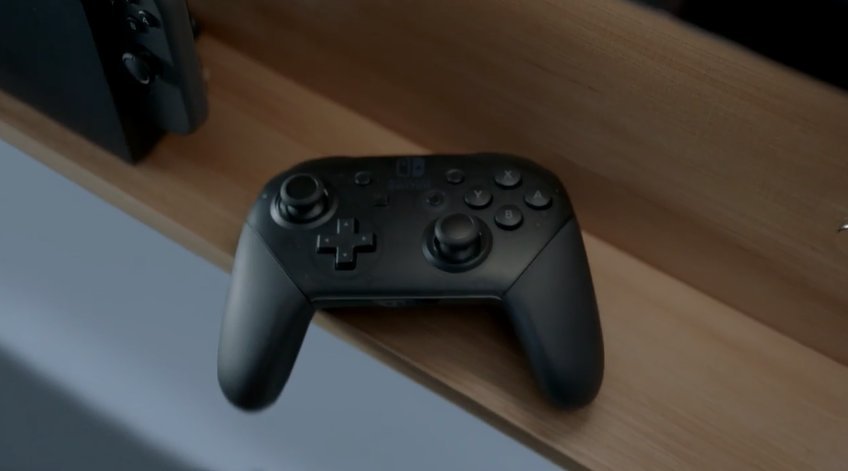 The handheld component draws a line as far as the Switch’s visuals are concerned: whatever runs on the Switch while docked, must run at 720p, when undocked. This makes it hard to see how AAA games will make their way over to the Switch. If Nintendo allowed developers to release “dock-only” games, we could see a handful of Xbox One and PS4 multiplats making their way over to the Switch, albeit at 720p and with severely compromised visuals. But that’d defeat the purpose of the Switch being…well, the Switch. This is likely what led to EA’s announcement of a “custom” FIFA for the Switch: there’s just no way that next year’s Frostbite-powered FIFA iteration will run in handheld mode.

The X1’s CPU also imposes a hard limit in terms of the kind of games we’ll see on the Switch. Per the spec leak, Nintendo has clocked the X1’s quad-core A57 closer at 1 GHz, a fifty percent step-down from X1 implementation in Nvidia’s Shield TV. While the X1 does have an additional quad-core A53 cluster, these low power processor cores are primarily meant to handle low profile tasks such as decoding MP3s and web browsing. The Xbox One and the PS4 don’t have particularly impressive processors. As a matter of fact, early Anandtech benchmarks peg the Jaguar platform roughly on par with Atom, which, in turn, is roughly on par with the Cortex A57 in terms of IPC. An unfettered X1 would be capable of serving up CPU performance that’s broadly comparable to the eighth-gen consoles.

Clocked as low as it is, however, the Switch is not likely to be able to keep up. This would make it difficult to implement the advanced physics, AI, and systems-based mechanics that differentiate the newer generation of games. All in all, Nintendo’s hardware decisions put the Switch in a tight spot: the neutered Tegra X1 at its heart would be hard-pressed to deliver eighth-gen games. Fragmentation is the bane of developers, and after one or two “custom” Switch editions of their games, it’d be entirely unsurprising to see most third-party developers move on from the Switch, just as they had from the Wii U. 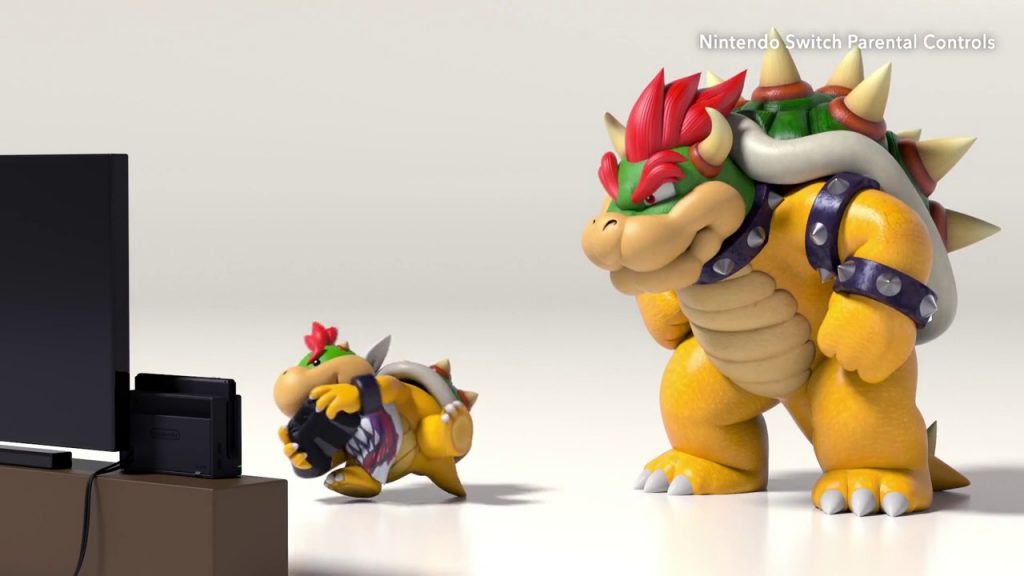 There seems to be something very wrong with Nintendo’s senior management of late: The Wii U’s branding and hardware makeup were early, faint symptoms. But Super Mario Run’s inappropriate pricing and now the controversy over Switch accessory pricing both point towards one issue: Nintendo’s higher-ups seem to have completely disconnected themselves from ground reality. In a world where even iPhone sales are plummeting because of high expectations and poor delivery, Nintendo somehow got around to the idea of selling what’s essentially a crippled version of Nvidia’s $99 dollar microconsole, for $300. Mobile chipsets like the Tegra X1 aren’t remotely expensive, coming in at substantially less than $100.

Even factoring in costs for the touchscreen, JoyCons, and sensors, it’s not hard to see that Nintendo’s making a hefty profit on each Switch unit sold. Higher margins on hardware sales might look appealing in the short term, but when customers see both the Xbox One and PS4 priced cheaper than the Switch, while offering substantially more powerful internals, the Switch becomes a tough sell. Low hardware sales translate into low adoption rates, which lead to developer apathy, which leads to a drought of games, which leads to…precisely wherever it is that the Wii U is floundering about right now. Switch’s value as a handheld is incredible, but that, again, is a price sensitive market: the 3DS only really started doing well after hefty price cuts brought it into sub-$200 territory.

Even if it’s technically the most powerful dedicated handheld in existence, at $300 it’s doing battle not with other handhelds, but with smartphones and tablets, products that are far more versatile than the Switch. The $200 price-point that many analysts had predicted, would have been an instant win for the Switch. It becomes more of an option: much of the excitement evaporates when people realise that the Xbox One and PS4, both with mature libraries, actually make more sense as a $300 purchase. Conversely, by jacking the price up so high, Nintendo might be hedging its bets against a Wii U-esque sales washout: even if the volume shipped is low, high per-unit margins could compensate and soften the blow. 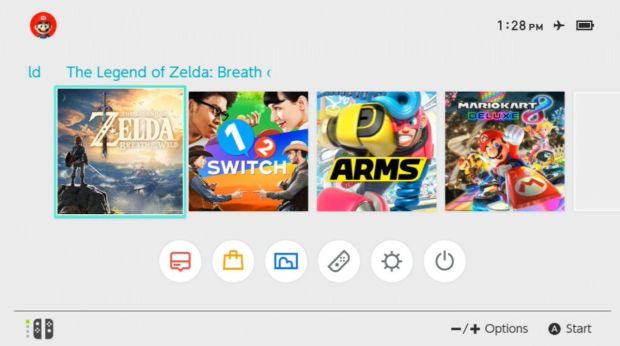 Whatever you think about Nintendo’s console pricing strategy, there’s just no justification for its pricing call on Switch accessories. An extra pair of JoyCons costs a whopping $74: one fourth the price of the console itself for two diminutive pieces of plastic. To put that in perspective, Valve’s excellent Steam Controller (with a high-precision gyroscope and haptic feedback), currently costs $50. If Nintendo’s aim was to make the Switch a kind of social hub, why price controllers in such a way that people are put off from buying them? The non-charging JoyCon grips are just, well, petty.

If the Switch was a device with premium hardware specs—a Tegra X2 under the hood and a Full HD handheld screen, for starters—we could understand the need to shave off a couple dollars here and there. But $30 just for a grip that charges JoyCons comes off as downright disrespectful. Leave aside the fact that Wii U ports like Breath of the Wild cost significantly more on the Switch. At the very least, a pack-in game (something 1-2-Switch definitely should have been), would’ve made the $300 price-point more palatable. The way things stand now, the Switch leans very heavily on its console-handheld gimmick to justify its price-point, while competing with the PS4, the fastest-selling console ever made.

The Nintendo Switch is a fantastic device, in concept. But what we’ve seen in terms of pricing and hardware specs underlines the point that, in the end, it’s the implementation that counts. In a market that’s soon to be saturated with hardware focused bang-for-buck consoles like the PS4 Pro, the Switch does indeed offer something new: the ability to take your console games around with you. But pricing and hardware decisions undermine it from both sides: It’s hard to see how a neutered Tegra X1 will fare in a market where competitors have hardware that’s orders of magnitude more powerful. The Switch will have to make a strong case to retain  third-party support, but bizarre pricing strategies work against the Switch’s sales potential. Poor sales leads to poor support, which leads to poor motivation for sales. It’s a vicious cycle that the Wii U never exited. If Nintendo can resolve the pricing issue, however, truly setting Switch apart from the competition, it could just have a winner in its hands.