A whole host of settings on offer.

Among the graphics settings that Hello Games will let you adjust are settings toggles and sliders for Anisotropic Filtering, Anti-Aliasing, Generation Detail, Reflection Quality, Shadow Detail, and Texture Detail, not to mention the ability to adjust resolution, and a V-Sync toggle. Mercifully, Hello Games also let you adjust your FoV, while you are on foot, and while you are in your ship (no more nausea!). Controls for the game are also all remappable, meaning you won’t be stuck with the kind of odd controls that are in the PS4 version.You can check them out, as well as the settings menu, below. 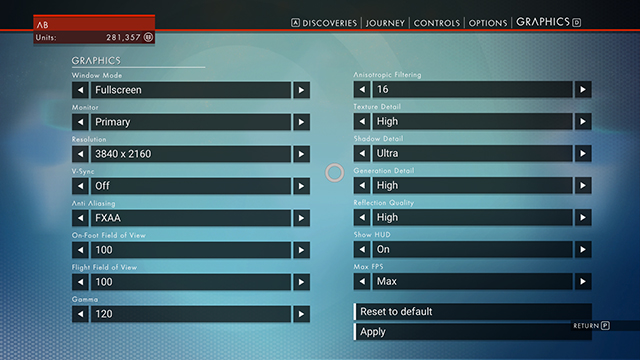 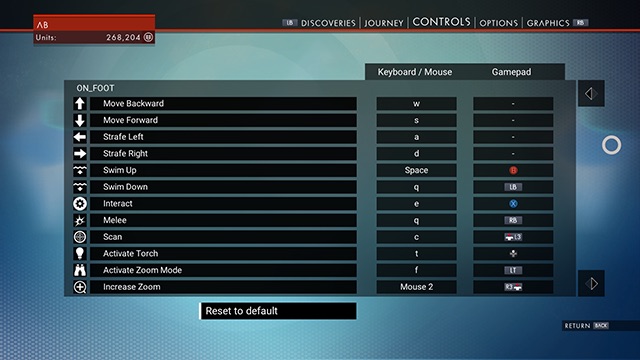