‘We want it to feel responsive and immediate.’ 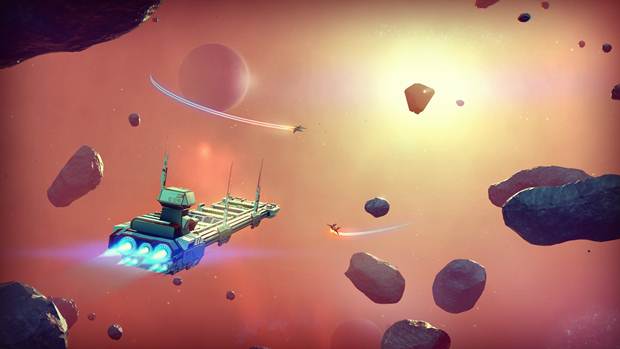 No Man’s Sky’s VGX 2014 reveal took everyone by surprise and blew our minds away. The game, which looks ambitious and almost unparalleled in scope, is due for the Xbox One, PlayStation 4, and PC.

But people who saw the game were wondering about how the console versions would fare- would they drag down the PC version and hold the game back? Would they be more compromised next to the PC version? Just how would it all work?

Well, World Factory reports that they are aiming to keep the console versions as like to the PC version as possible.

“We want to replicate that] feeling of responsiveness, of bounciness, of what I would call ‘console gameplay that Joe Danger had. That’s how we want No Man’s Sky to feel: responsive, immediate, running at 60fps.”

Hello Games has previously gone on record as saying that it is primarily a console developer, so these comments do not come off as surprising. Still, it will be worth seeing how they manage to straddle the line between their ambition, and the limitations that the consoles will place on them.