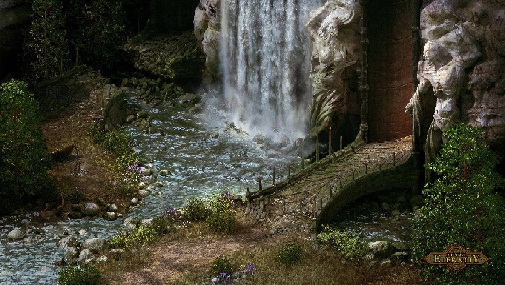 Obsidian has published the first ever screenshot for their currently in-works Kickstarter-funded RPG, tentatively titled Project Eternity. The screenshot is given above, and as you can see it looks beautiful. I think it’s safe to say that the final version will look much, much better (not that it needs to).

“We are using the same method that was used in the Infinity Engine games,” said Obsidian. “but we now have the power of more advanced rendering packages (we are currently using XSI from Autodesk/Softimage) and much more powerful computer to render out realistic trees and grass as the starting point.”

“The artists then pull the image in and add detail into the image that would cost days of rendering time, like moss on the rocks, more detail on the roads and making sure that every screen in the game has all the detail we can get into it.”

What do you think? Tell us in the comments section below.