Posted By Kartik Mudgal | On 09th, Aug. 2012 Under Reviews | Follow This Author @KartikMdgl

I quite liked the first Orcs Must Die! game. Its sequel brings a lot of improvements to the core game and with the addition of a co-operative mode, the developers mean business. The addictive nature of the first game was something that stood out, and its the same here as well, the game is damn fun to play especially with a friend. 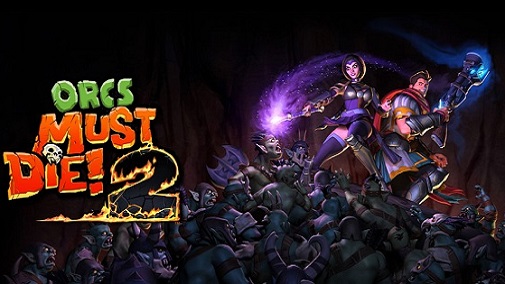 The merciless Orc slaying gameplay which requires you to place clever traps to kill them in ingenious ways never gets old, and you have a lot of traps and other things at your disposal along with a competent upgrade system and a lot of enemy variety. So it looks like a true sequel, with every area massively improved with decent production values.

However, one are which wasn’t that impressive is the visuals. It doesn’t look poor but there is hardly any visual upgrades that sets the game apart over the first one. If you’ve played the first game, then it’s one area which won’t really surprise you a lot but the main thing to take here is that, the gameplay reigns supreme and that doesn’t disappoint at all. The enemy and character design is quite good but the overall settings does not inspire a lot of creativity when it comes to art design. 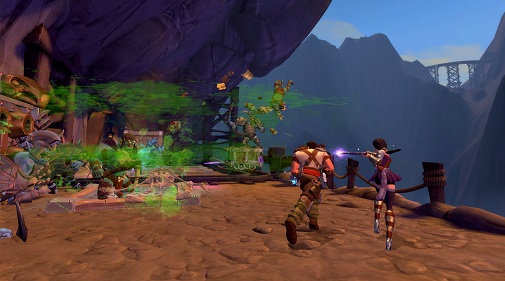 There are two characters at your disposal this time around; both with different play styles and strategies for you to exploit which brings a sense of replayability to the game. Both have their own styles though; one a melee character and another, a ranged one. The sorceress allows you to attack your foes from far away and also use awesome abilities to confuse them and make them attack each other.

The story of Orcs Must Die 2! isn’t that great but it’s actually made in mind to foster co-op mode which is undoubtedly the star of the show in the game. In fact, it’s so good that you actually forget all other minor deficiencies in the game. The levels are also designed quite well and executed well. The Orcs and other enemies like trolls and what not come through the rift which was opened again – you’ll know why when you play. You can lay plenty of traps, buy new ones, upgrade them on the fly and it really challenges you sometimes to think fast. 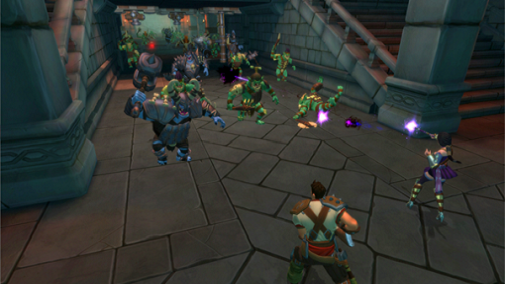 You can also play the campaign solo but when you have a co-op mode, you know what to pick for obvious reasons. There’s also a new mode called Endless which allows you to rack up the amount of skulls in your inventory. It’s like a horde mode as the name suggests, and can become quite fun and frantic. This tower defense style of game play is most enjoyable and its best in Orcs Must Die 2! The game also has bland uninspired sound with repetitive dialogues which can get on your nerves after a while.

One thing is clear though, the game has a lot of content to keep you busy for a while, and provides a satisfying co-operative mode to enjoy slaying Orcs and bunch of random enemies with your friends. As a sequel, the level of improvement on offer here is satisfactory but with a few minor quirks which frankly shouldn’t matter a lot.

Visuals are quite decent but not a massive improvement over the first. Playing the campaign solo gets boring fast. Uninspired audio.

As a sequel, the level of improvement on offer here is satisfactory but with a few minor quirks which frankly shouldn't matter a lot.

A copy of this game was provided by developer/publisher for review purposes. Click here to know more about our Reviews Policy.
Tagged With: Orcs Must Die 2, pc, Robot Entertainment