Posted By Rashid Sayed | On 05th, May. 2011 Under Reviews | Follow This Author @GamingBoltTweet

INDIA Review: Having not played the original Operation Flashpoint I was excited about what the next instalment in the series, Red River will offer to the already ‘over’ saturated market of first person shooters. As you already know, we have the likes of Call of Duty, Killzone and Halo releasing year after year, so it is a truly popular market. So does Red River deliver and gives the player a unique experience compared to other shooters in the market? Read on to know about that. 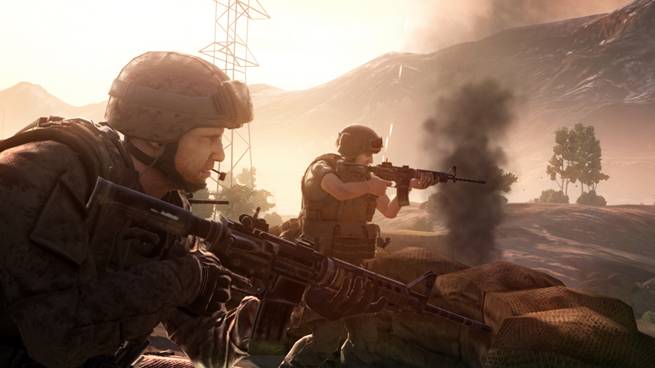 You are Kirby! Leader of Team Bravo…

Let’s talk about the single player mode first. In the story mode you are a leader of Team Bravo, a group of four brothers in arms sent to the borders of Tajikistan to capture terrorists who have fled from Afghanistan. This might seem like a normal plot with the good guys chasing the bad guys, but after you are in to the game an hour or two, it really heats up with the Chinese Army getting involved and for some reason they have an insane amount of man power.  The one thing that I really liked about the single player campaign is the pretty long missions and the fact that they take place over long distances makes them challenging and realistic.  For this, the game gives four classes that the player can select from: Rifleman, Grenadier, Scout and Auto Rifleman. All of these classes have their unique advantages but considering that most of your battles will take over large distances we went ahead and selected the Scout class since it comes in with a sniper rifle.  For each of the class you can customize the weapons you want and as you progress you will also be able to unlock special abilities like expertise in combat experience and the ability to heal your team. This is what in my opinion makes this game unique since it rewards the player continuously as you progress through it.

The heart of the game is easily the strategy elements that the game throws at you.  You can issue plethora of commands to your team via the Quick Command Radial. The radial is divided in to four different types of commands namely: Tactics, Follow, Suppression and Manoeuvre. Each of them is then further divided into more sub commands like Protect Target, Hold Fire and Flanking.  So as far as commands and strategy elements are concerned, Red Point has nailed it perfectly.  But the AI of your team mates is questionable. Games like Ghost Recon and Rainbow Six had team mates that were aware of what is going around their surroundings, unfortunately your buddies act lame sometimes.  Not only that, the AI of the enemies at times is laughable at normal mode. They would act like sitting ducks, waiting for someone to actually hit them and at times would not take cover at all. 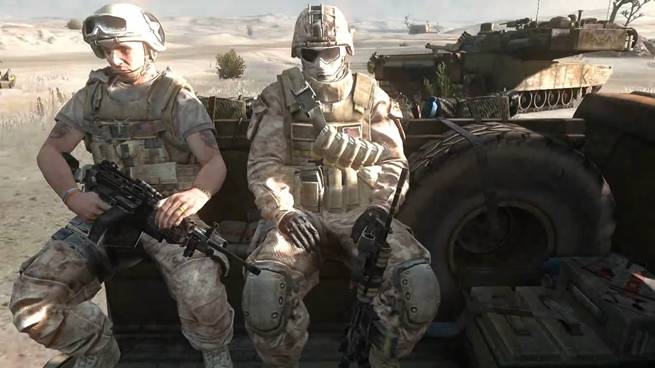 Your team mates dont have the best AI, but the command options are very deep.

When I had previewed the game about a month ago, I was a bit sceptical of the healing system and the absence of jump.  Although the absence of jump did not hinder my experience with the game, but I still hold the same views about the healing system. One cannot expect players to press a button for almost a minute just to get healed and considering the fact that you can get hit anytime from any place makes matters worse.  Not to mention the fact that if you die during any mission, the checkpoint system forces you to replay a good chunk of the mission. So Red River is a challenging game, there are no two ways about that, but for amateur players I believe the game can be a bit simpler if the assists are turned on. The assist option will help the player in getting the aim right, hence resulting in to a more streamlined experience. However if you turn off assist, you probably have the most realistic shooter simulation in the gaming industry. With its pros and cons, the single player, unlike other first person shooters forms an important component of the game.

Much of my complaints in the single player mode almost do not exist when playing the game co-op online with your friends, assuming that they are good at it. First off, the somewhat bland AI is negated by playing with smart people, which results in to some interesting situations. You can heal your friends and expect your other team mates to provide you with suppressing fire, something which was lacking in the campaign. There are also other online modes, grouped under Fireteam Engagement. As I had explained in my preview before, these modes take place in huge maps providing the player with some really quick co-op matches such as rescuing a pilot, clearing hordes and hordes of enemies and taking a convoy safely from point A to point B. These modes offer a satisfying experience to the player, but again it all depends whom you are playing with as a player with less expertise may spoil the experience for you.  The game also awards the player with core skills like Sprint, Endurance, Tactical Awareness and also heaps medals during the campaign of FTE missions. 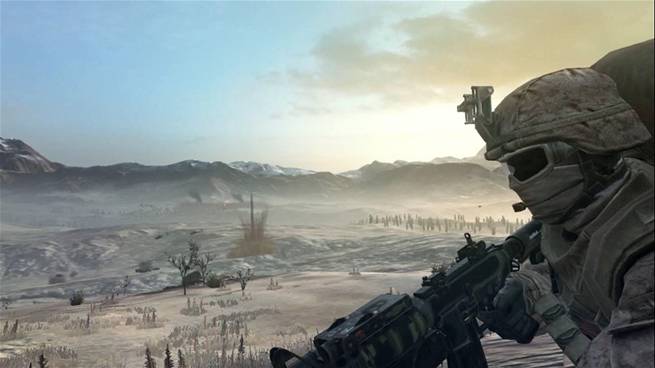 The sense of scale at times is ‘insane’

As the title of the review indicates that I got a chance to review the PC version and as such I was expecting the game to be visually satisfying. Unfortunately that is not the case. The character models look OK at the most, the vehicles do not look pretty and much of the environment lacks the smaller details. However the sense of scale is amazing, you can literally see environments that are hundreds of miles away and it’s really a shame that the player is exposed only to a smaller section of a huge world.  Voice acting and sound is below average, some of the areas have no background music whatsoever. Presentation is one of the highlights of the game. The menus are sleek, the lobby design is not a hassle to navigate and the campaign has some amazingly designed cutscenes.

So that brings us back to the question I asked before. Does Red River offer anything unique to the shooter market? The answer is a Yes and a No. If you are gamer who is interested in over the top action and Hollywood style games like Call of Duty, I would say pass this game.  But if you are a gamer who loves to face a challenge and a sense of realism in video games, Operation Flashpoint: Red River is the game that you need to own.

Pretty realistic, Co-op campaign is downright awesome, Presentation is top notch, tons of strategy options and Fireteam missions will keep you occupied for a long time.

The PC version surprisingly has outdated visuals, AI at times is what it should not be, Voice acting and overall score is below average.

Red River is another entry in to the already over saturated market of first person shooters, but manages to up the ante with some solid strategy mechanics and a pretty competitive multiplayer.

A copy of this game was provided by developer/publisher for review purposes. Click here to know more about our Reviews Policy.
Tagged With: codemasters, Operation Flashpoint: Red River, pc, ps3, xbox 360