The last Operation Flashpoint game that was released was Dragon Rising and I have to say with the release of Operation Flashpoint: Red River, Codemasters has come a long way.  There is no comparison, as Red River far exceeds Dragon Rising in too many ways to say, while keeping that Operation Flashpoint style of realism intact.  This is a lot to say considering that Codemasters did away with online versus all together.  You are no longer dropped into battle with iron sights expected to pick off enemies many meters away on top of that the game just has a general feel of being smoother, even though it might not be technically there.  The story of the game doesn’t have a lot to it but it is the essential battle and realistic gameplay that the series has always relied on to give fans an enjoyable experience.  With the game being completely supported with up to 4 player co-op, whether it is the campaign or the Fireteam Engagement Missions, which are short missions that range from different types of scenarios you’ll have to carry out.

Red River’s story starts off with an easy task as you are simply sent to do kind of a clean up mission, taking out insurgents that have fled from the war on Afghanistan.  Things heat up quickly as you learn that insurgents have been attacking the Chinese boarder, so you quickly go to simply wiping out some insurgents to bringing the battle against the Chinese Liberation Army who were sent to take out the insurgents.  With that being the general background story, there is not much to it.  You are sent into each level or mission which there are ten of and in each level you have almost your own mini objectives to complete that kind of divert from the story in a way where each level seems like a stand alone mission.  This is much like the Fireteam Engagement mode while the story is still in place during the campaign.  Overall the game will take around 8-10 hours or so to complete and is a lot of fun. 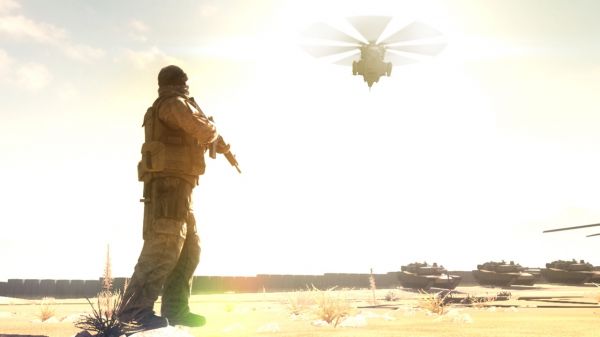 Even though there is no competitive versus mode in the game, there is most definitely still a level system as well as a class system.  Unlike Dragon Rising you can setup your class for every mission which was one major flaw in the last game without that feature.  What’s really cool is that you can level up whether you are playing the campaign or any of the Fireteam Engagements missions.  They both go hand in hand, while anything you can do as far as class setup you can do in any mode of the game.  There are four classes that can each be leveled up to 20, with them being the Rifleman Class, Grenadier Class, Scout Class and the Auto Rifleman Class.  As you level up you will gain new weapon attachments for your primary and secondary weapons (which there is no limitations on your secondary weapon choice), equipment, mods as well as special abilities.  You also have your core skills which are Sprint, Endurance, Battle Readiness, Assault Rifle Handling, Assault Rifle Training and Tactical Awareness.  You will gain points to put into these core skills depending on how well you do in the campaign missions and the FTE misions.  Each mission you attain a Gold Medal in, you’ll get three points, while silver nets you two and bronze gets you only one point.

This overall system that Codemasters has went on is quite impressive in my opinion, while the co-op plays a huge role in the game.  The AI in the game is not all that great, in fact, I am pretty convinced one of them is borderline retarded as he will run back and forth between your line of fire.  If you get downed and are on the brink of death playing by yourself you might at well just press start and load your last checkpoint, because you are not going to get help no matter what you previously commanded your team to do.  Playing in co-op you can actually be revived by a team mate while bleeding out.  Playing alone can be very frustrating as the command system is in place perfectly, but your squad does not always follow it, in fact they rarely do.  When the enemies are using similar tactics such as flanking or rushing it can be very difficult to try to keep your team following commands.  Operation Flashpoint: Red River is an amazing game, but if you are not going to take advantage of the co-op in the game, you are simply not going to enjoy it anywhere close to someone who is. 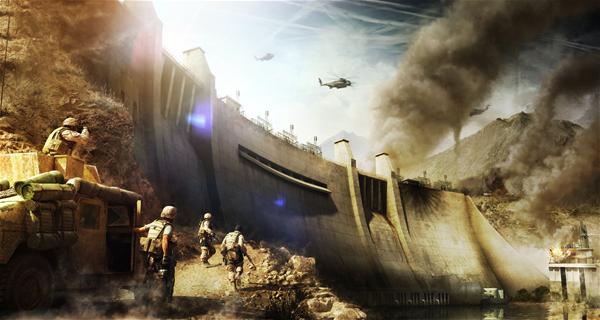 You don’t have to have a packed friends list to play this game cooperatively as you can simply open up a public lobby or join someones game.  I was juggling between what to rate this game because of what a different experience it is to play the game with three other people as oppose to by yourself.  Unless you are allergic to human beings over a headset, I deeply suggest playing the entire game co-op at all times in all scenarios.  I played with people who didn’t know what they were doing to people that were hardcore fans and were not looking to mess around.  Not only is the game easier with more people but you can really come up with your own strategies together, whether it’s a simple flank maneuver to a laid out plan for the entire mission.  This is where the game reigns and is where you have the most fun if you follow my advice.

As far as the Fireteam Engagement modes, they only add to the fun of co-op with there being different types of missions, some even at night requiring night vision.  There are three difficulty setting being Normal, Hardcore and Experienced whether it’s campaign or FTE.  Four types of Fireteam Engagement settings are available with two missions in each.  Last Stand literally will bring wave after wave of enemies in, progressing in difficulty and once you become too overwhelmed you’ll need to call in for Extraction in this never ending mode.  You will also have access to mortar strikes, airstrikes and other back up depending on the mission, but with never ending enemies in Last Stand it can certainly give you the opportunity to compete with friends on the leaderboards.  The Search and Rescue Missions (CSAR) require you to go in and find two downed pilots in enemy territory and then extract them in a safe area.  Durung the Rolling Thunder Missions you will need to protect the convoy (HUMVEE), while you have two Humvees of your own, each with mounted turret guns on them.  You will have to protect the convoy as you drive through enemy territory as enemies will shoot you and you will even have to worry about IED’s, so make sure you pick the guys off will cell phones.  Combat Sweep is very straight forward while there will be side tasks of destroying downed choppers, you main object is to clear out the entire area of enemies, most of which are hiding in building.  This can be a lot of fun with 3 other people and the right communication. 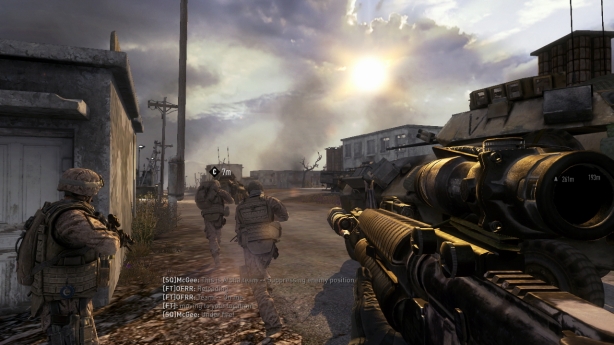 Operation Flashpoint: Red River is a terrific game with changes made from the series that make the game so much better, including huge detailed landscapes.  The previous title had an awkward versus mode which I think Codemasters made the right decision for doing away with for the time being at least.  The classic Operation Flashpoint style is still there with its realism of getting hit in the leg preventing you from sprinting and enemies spawning many meters away.  It is close to one shot kills for both you can the enemy which is pretty damn real if you ask me along with bullet drop and other things that would make any Marine proud.  The bottom line with this game though is that you might as well not even play it if you are not willing to play it co-op.  It is fun alone but there is no comparison to playing the game with three other people coordinating with each other.  With DLC already on the way, I would say buy this game and make some online friends, for one fun, realistic shooter.

4 player co-op throughout entire game. Good music while en route. A leveling system that runs throughout all modes of the game. Four classes and customization for each class.

AI is not all that smart. Playing alone can be very difficult and frustrating.

Final Verdict:
SUPERB
A huge difference from the last game in the franchise. Codemasters has managed to take versus out of the franchise and make the game co-op intense while keeping the realism of Operation Flashpoint intact.
A copy of this game was provided by Developer/Publisher/Distributor/PR Agency for review purposes. Click here to know more about our Reviews Policy.