Overpass Review – Stalling Out at the Starting Line

A decent premise gets bogged down in dull execution and barebones content.

Racing games and puzzle games aren’t generally mentioned in the same breath, but these two genres are exactly what Overpass, an off-road racing game by Swedish developer Zordix Racing, attempts to combine. With an emphasis on approach and path-finding, Overpass attempts to provoke a more thoughtful, methodical approach to off-road racing. It’s a concept with some potential, one that could’ve been a lot more fun, given some more time and polish. Unfortunately, it falls short of the finish line – in pretty much every way.

The game gets off to a poor start, with an overly lengthy and very dull tutorial that introduces players to the core mechanics. It has players climb some obstacles, experiment with the two types of vehicles on offer (UTVs and ATVs), and introduces players to it’s drive swapping mechanic; players can toggle their vehicles between two-wheel and four-wheel drive, as well as sometimes locked differential, to change the handling of their vehicle to accommodate different terrain types. The whole thing drags on way too long, and is narrated the entire time by a hilariously boring, and bored sounding, narrator who walks the player through the whole process. 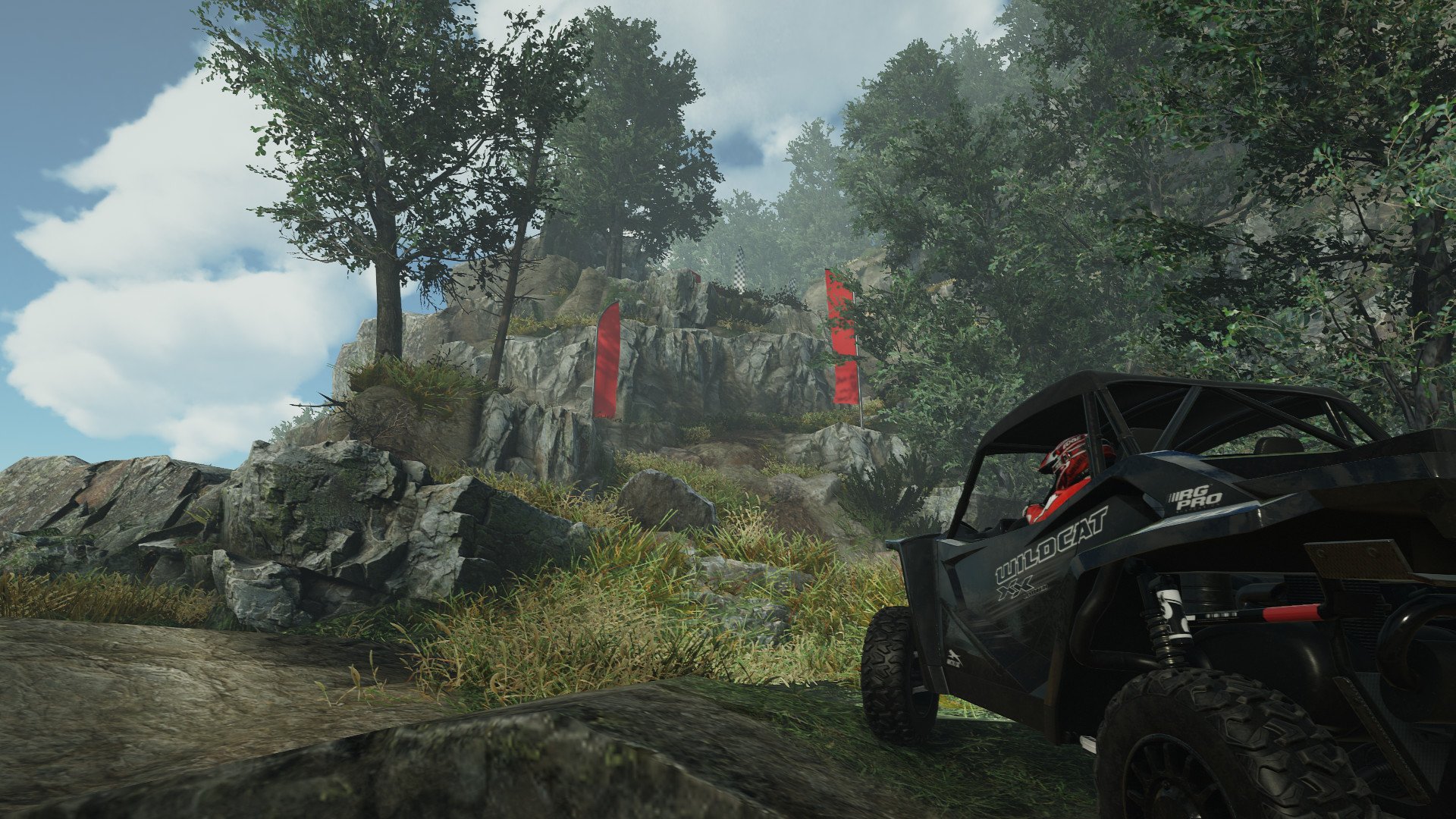 "With an emphasis on approach and path-finding, Overpass attempts to provoke a more thoughtful, methodical approach to off-road racing. It’s a concept with some potential, one that could’ve been a lot more fun, given some more time and polish. Unfortunately, it falls short of the finish line – in pretty much every way."

After the rocky tutorial, players are thrown into the career mode, which is unfortunately dull. It involves a progression system using essentially a web map of nodes, where completing events unlock pathways to different events and, depending on performance, potential upgrades. Time-locked events offer discounts on purchasable equipment and sponsorship deals, which offer exclusive items. Unfortunately, that’s essentially it for the career mode. There’s a leaderboard that dictates your placement in the rankings, and if you place high enough the game grants you entry into the Championship. That’s essentially it for progression.

The actual events fare little better. There’s only two event types in the game; hill climb and obstacle course. Every event is some kind of combination of races of one of these two types. The major problem with this is that the two events feel very similar to one another. Both of them boil down to the same mechanic- how do I get my car over this obstacle? All that changes is the nature of the obstacle. In hill climb events, the obstacle is a pile of rocks, or some downed trees and brush. In obstacle course, it’s a wooden ramp or a pile of tires. But the mechanics never change, making the two events in the game feel like little more than reskins of each other.

This isn’t helped by the fact that the core mechanics just aren’t very interesting. The game attempts to be something like a puzzle game at times, forcing the player to think about their speed and angle and terrain to figure out the best path forward. It kind of reminds me of a 3D version of the old Trials games that were popular years ago. It’s not an inherently bad idea, either, but the execution just isn’t here. The game’s physics mean that the slightest error, or bump against a piece of terrain, can send your buggy flipping on its side, forcing you to reset to the nearest checkpoint. This, in turn, forces you to constantly slow down, or even stop altogether, making the most minute adjustments to proceed. This may be realistic, but it also isn’t very much fun to play. The game captures little of the real excitement of off-road racing. A surprisingly muted sense of speed, coupled with the constant need to slow down or stop, robs the game of the thrill and excitement of off-roading. Meanwhile, the relative simplicity of its actual mechanics means that the puzzle side of things quickly becomes repetitive and boring. Once you learn how to navigate one pile of rocks, you kind of know how to navigate them all. 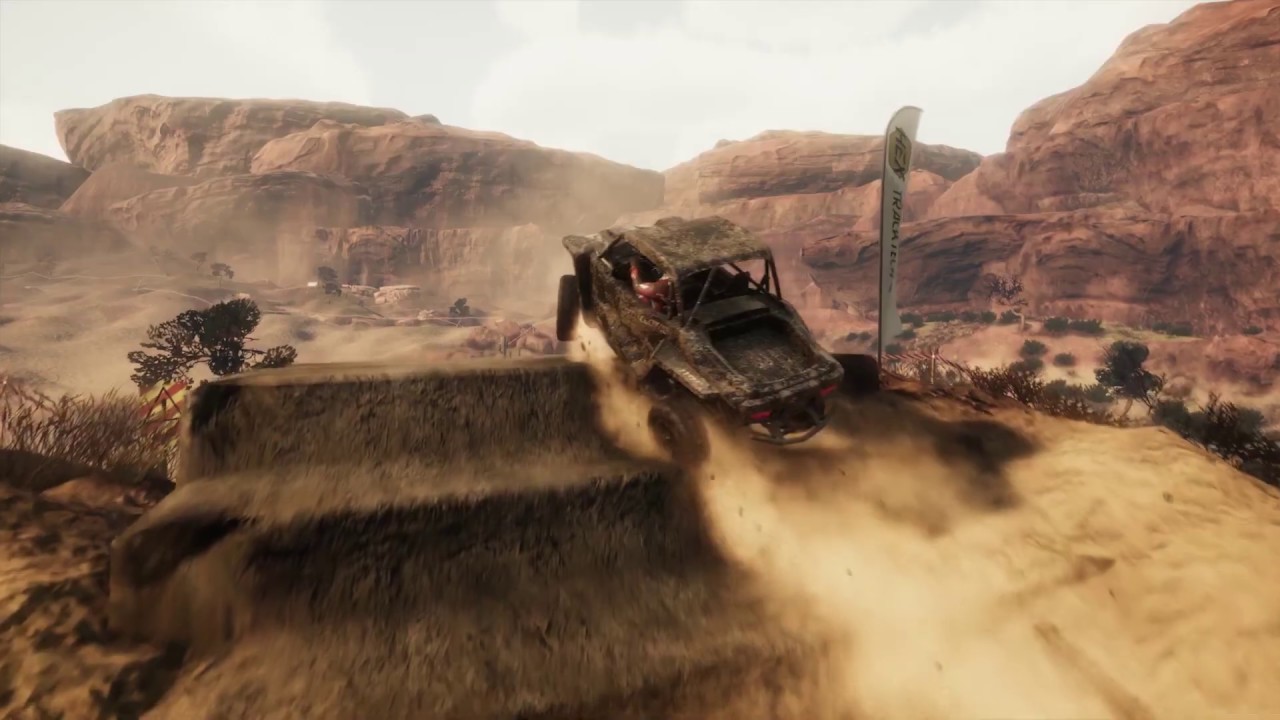 This is only compounded by the strange emptiness of the whole experience. The game is eerily quiet, with no music of any kind during the actual events. The only sound is the constant whirring drone of your vehicle’s engine, a noise that grows grating quickly. A lack of any kind of spectators or crowd only amplifies the emptiness of the events, which is only compounded even further by the constant bombastic music during the actual menus. The complete silence during the events is a baffling choice, and means that you have nothing at all to distract you from just how tedious what you’re doing actually is. It’s hard to think about anything other than how bored or frustrated you are when said boredom and frustration is the only thing that’s actually happening in the first place.

Aside from the career mode, the game offers two other offline modes, and an online multiplayer, but neither is any more engaging than the career mode. The two offline modes are a quick race option, where you select a track and complete its objective. Once again, these are limited to either hill climbing or obstacle courses, meaning there’s nothing new or exciting to uncover here. The other mode is a custom event mode. It’s essentially identical to the quick race, except instead of picking just one track, you get to select a few of them at a time and do them in sequence. Otherwise, it’s the exact same, with the exact same selection of tracks and the same two boring event types. Online multiplayer is the same as well. You enter matchmaking, and the game attempts to pair you with other players (though in my experience, the matchmaking was rather slow and inconsistent). Once you’re matched, you do it all again. There’s absolutely no variety to any of the content on offer here. Everything is the same two events over and over, with the only differing factor being how many of them you do in a row, and if you do it alone or with other people.

The game isn’t totally devoid of positives. The soundtrack in the menus, while rather limited, includes some solid music. It has a kind of alternative, blues-rock vibe that gives a lot of energy (more than the actual gameplay itself does), and it’s fun to listen to. There’s a large variety of environments in the tracks, and though the dated visuals prevent it from ever being truly beautiful, it’s still nice to have something different to look at. And the game does offer local, split-screen multiplayer, a feature which is all too rare nowadays, and one which is always appreciated. 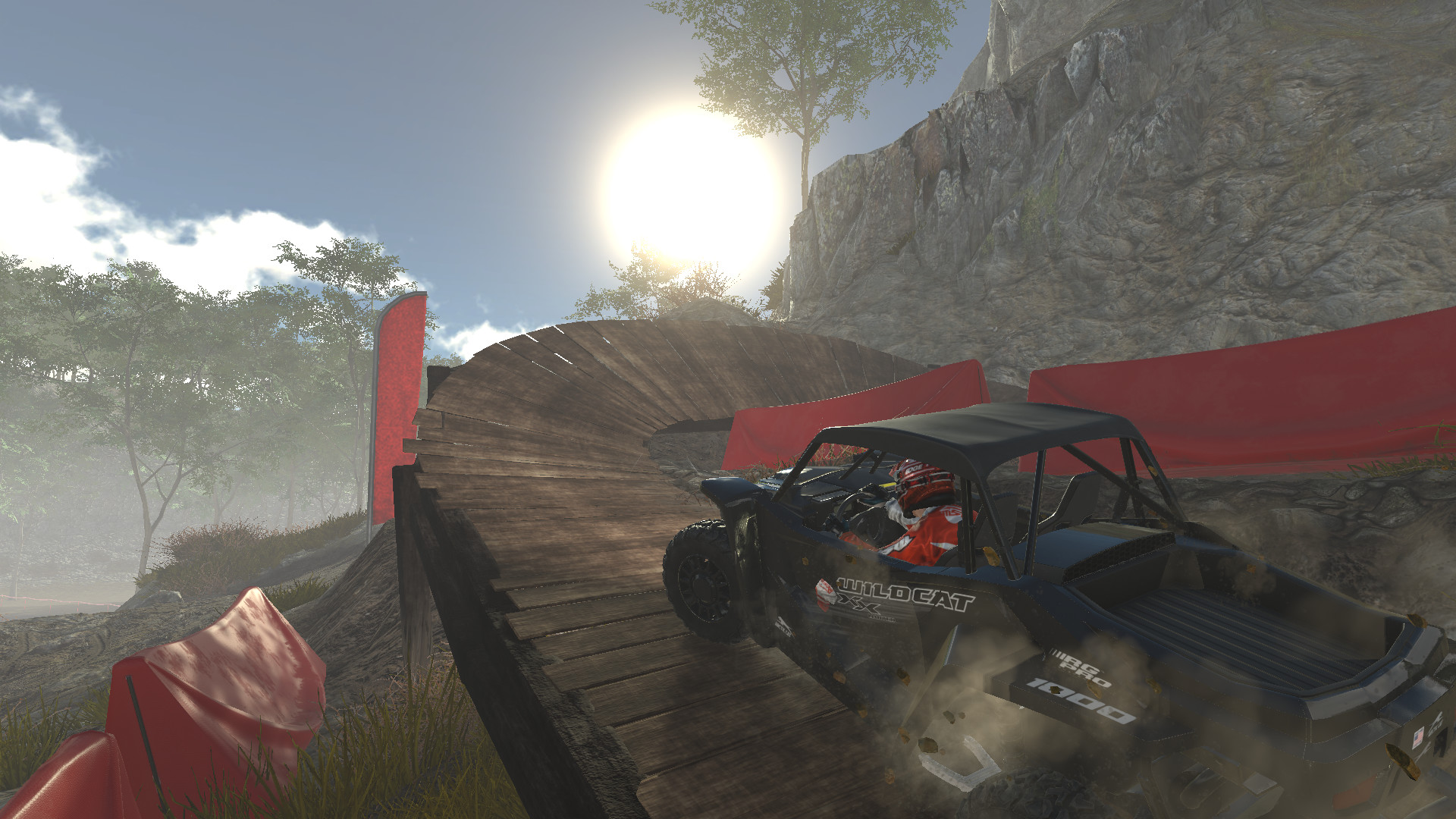 In the end, Overpass is a game with a decent concept, but one that totally flounders its execution. Repetitive gameplay that fails as both a racing and puzzle game is only compounded by a lack of variety in event types, minimal content on offer, low production values, and slow, uninteresting multiplayer. The game has some good ideas, and I suppose some people might be able to squeeze some enjoyment out of its very slow gameplay. But for me, what was supposed to feel methodical and challenging felt only boring and repetitive instead, and there was precious little else offered to entice me to come back. If you really are still interested, wait for the game to go on sale. You might be able to find some fun here. But overall, Overpass offers far too little, and what it does offer just isn’t particularly interesting.

Enjoyable (though repetitive) licensed soundtrack; Large variety of environments spices up the visuals.

Overpass tries to satisfy a more thoughtful approach, blending puzzle elements into a racing game. But it offers little to appeal to fans of either genre, leaving a game without much of an identity – or purpose.

A copy of this game was provided by developer/publisher for review purposes. Click here to know more about our Reviews Policy.
Tagged With: Bigben Interactive, nintendo switch, overpass, pc, ps4, Xbox One, zordix racing