Painkiller Hell & Damnation reboots with great graphics, more polish, and a lot of demons to purge.

The Farm 51 and Nordic Games have teamed up to bring the classic FPS back with higher definition and fast paced gameplay in Painkiller: Hell & Damnation (PKHD), now available through Steam.

There wasn’t one aspect of this game that wasn’t overlooked when updating this game. Heck, the HD could have just stood for High Definition, but true to their style, it stands for Hell & Damnation. And when you’re dealing with hell, the undead, and Daniel Garner, stuck in Purgatory, the title is all more fitting. 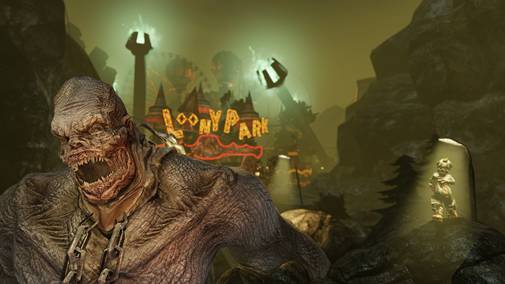 The game is now powered by the Unreal 3 Engine, and the lighting alone is top notch. The lighting really adds depth to levels like the graveyard and certainly helps add to the dark feel of the game. When playing you can’t help but compare the style to Darksiders, and with dealing with hell, it seems most artists are on the same page. The only downside is that there are certain limitations to the Unreal Engine, but PKHD does a good job of side stepping those issues and keeps the consistency of Gears of War.

The biggest strides taken to PKHD goes to their multiplayer aspects. The category is broken down into Player versus Player (PvP), and Player versus Environment (PvE).Under PvP you have options for Duel, Deathmatch, Team Deathmatch, and Capture the Flag. Under PvE, you get choices like Coop and Survival. Classic maps and HD maps are also included in the rounds. The basic maps are actually really good looking to begin with, and the lighting just pushes them past the basic run of the mill maps. When the strong lighting merges with the HD maps, you can easily get lost staring at the great art. This unfortunately might be good news for your enemies. While you’re busy taking in all the great scenery, they might be picking you off, unless they stop to admire the art too. It’s a vicious cycle that you and your enemies will now have to face. With same arsenal of weapons provided from campaign mode, you can be nearly unstoppable. 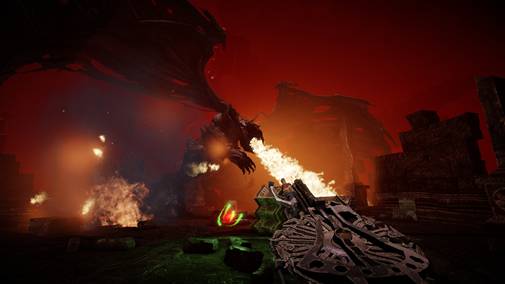 When comparing the basic levels to the HD levels, you can see the differences immediately. Although the lighting looks good on the basic levels, there seems to be more depth in the HD versions. The could have also just skimped and up rezzed the textures. Instead you can see there is a lot more rubble and debris added to the HD levels to break up the flat areas. Although the footprints are identical, there’s been so much changed, it’s worth spending some extra time looking around.

Priding them self on being a classic PvP, there is a list of Anti-Features that should be noted. With no kill-streak bonuses, airstrikes or suicide bombings, you can get away from the nonsense you have to endure from recent Call of Duty online play. This also includes no auto healing, no upgrades to weapons. Everyone starts and remains the same level when fighting. It goes back to the luck of the draw, and who can grab the better gun, armor and health faster. It’s a healthy reminder of when PvP used to be fair and fun.

Outside the Multiplayer, you still have a solid campaign to play through. PKHD combines the two classic Painkiller and Painkiller: Battle Out of Hell games to give you one giant experience in hell. There are fourteen levels with four bosses waiting to rip you apart. The weapons are completely unique, however they reminded me a little of Unreal Tournament weapons. Most weapons have primary and secondary fires, along with grenades makes you no match for any moving creature. The campaigns can also be played co-op with up to two players on either Lan or online.

In rebooting the series Nordic Games wanted to get as far away from the previous iterations as possible. They felt that outside forces have really waned over the last few years and have not only been inconsistent to the Painkiller world, but detrimental to the series. The brought The Farm 51 in to help them get the series back on track, and to say the least, The Farm 51 has answered the call. Their focus came down to the basics of speed, skill, knowledge and a huge body count.

When looking to reboot and remake a game for High Definition, Painkiller: Hell & Damnation really sets a new bar. If you’re new to the series, this is a perfect jumping in point and won’t look or feel dated. If you’re returning to this series, it’s so much better than you could possibly remember. You could be satisfied if you only set your multiplayer to basic levels but you’ll be doing yourself, the game, and other players a disservice to stick to the basic levels.

Final Verdict:
EDITOR’S CHOICE
Painkiller Hell & Damnation reboots with great graphics, more polish, and a lot of demons to purge.
A copy of this game was provided by Developer/Publisher/Distributor/PR Agency for review purposes. Click here to know more about our Reviews Policy.