Pathologic Wiki – Everything you need to know about the game

Everything you need to know about Pathologic. 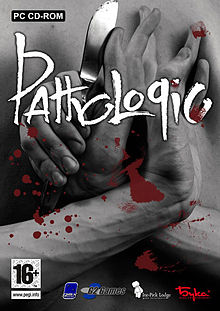 Pathologic is an upcoming story driven survival adventure game set in an open world environment currently being developed by Russian game developer Ice-Pick Lodge, a studio who opened their doors in 2002. Ice-Pick Lodge have, till date, released four games which are Pathologic (2005), The Void, Cargo! A Quest for Gravity and Knock Knock, the popular side scrolling psychological horror game.

The game is currently being developed for Windows supported PCs, Mac and Linux operating systems, with PS4 and Xbox One ports in the works as well. While there is no specific launch date available for the game, a look at the Kickstarter page, from which the game was funded, can help point us towards a possible release window.

The first Kickstarter tier for a pledge was $20, titled the early bird tier. Those who pledged to it will receive a digital copy of the game in November 2016. A release date for the Xbox One and PS4 ports, along with a commercial release, is still pending.

Video is for representation purpose only.

The development of Pathologic finds its roots in wanting to build upon and improve a previous game that developers Ice-Pick Lodge worked on. Their first title as a legitimate video game development studio was Pathologic, which released in 2005. Despite the game having a number of problems, it still proved to be successful in Russia where it garnered critical acclaim and has since grown to establish an international fan base.

Speaking about the original Pathologic, Ice-Pick Lodge has said, “It succeeded in spite of numerous flaws. The ideas behind the game were novel and interesting, but the implementation turned out to be mediocre, to say the least. Pathologic was our first project as a game development studio, so a lot of things were done impromptu. Turned out learning by trial and error is charming, but leads to cutting lots of features and details out. The game was clunky, it looked outdated even back then, and the translation was atrocious.”

This remake of the game aims to correct and ultimately improve upon a number of elements that they felt were either sub-par or just not included in the original build of the game. It also comes with new visuals and a new soundtrack as well as features that are being implemented thanks to having achieved a number of stretch goal targets.

The stretch goals included in the Kickstarter campaign were the inclusion of a small prequel, presumably setting the scene for the game, the addition of a Termitary and a Abattoir, Lucid Dreaming for the player characters, the Steppe extended (the Steppe is a “town formed around a behemoth slaughterhouse”) and the town extended.

Despite remaking the game, the developers have said that they are going to leave the following elements of the game untouched, thus preserving its legacy. “The atmosphere, the setting, the ideas that lie in the very core of the game, the general storyline, the characters, the map, the general feel and the concept of the Town -it’s already an existing place for us, so we won’t change it, but rather add more detail to it.” 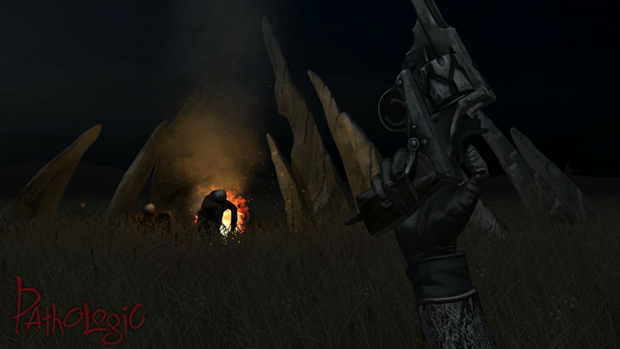 The story of Pathologic, takes place in a remote Steppe town that is based heavily on local traditions. When a plague breaks out, it’s up to you, the player, to combat the outbreak as one of three healers: A scientist from the Capital, the son of the local Shaman and a half mad girl.

Each one of these characters, as their background would explain, all have their own idea of how and where this horrific plague came from. Where the Scientist sees ridiculous magical practices, the Shaman sees a long standing traditional healing. 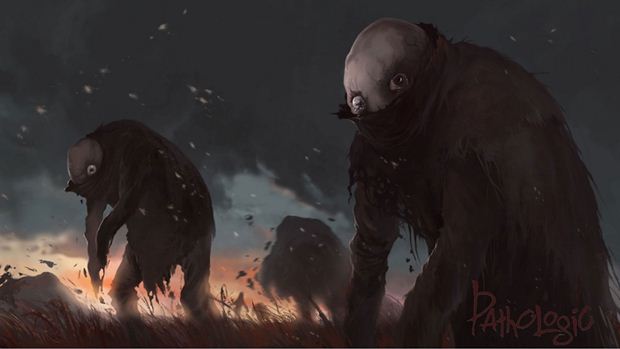 Players will take control of one of three characters as they combat the plague as is befitting of their upbringing and background.

The game will always aim at making the player feel under pressure, or “in a pinch”. This is due to the fact that time passes at a fast pace in the game. One game day equates to two hours in the real world. Every two hours the player puts into the game, another day has passed.

The player’s chosen hero isn’t beyond the limits of human endurance, however. They too must feed themselves, sleep when it’s required and even maintain their own immune system. This is the only way of ensuring you don’t catch the plague yourself. Players can take care of themselves by using various resources that they locate, such as fresh water, bandages, trading bullets for supplies and even bread and coffee grains.

In the game world, players are free to roam around and explore the town in a bid to find more stories, quests and events to play through. This can be done by bartering with other town inhabitants and by talking to strangers.

The time scale ties straight into the game the difficulty of the game. The developer has said that the game is “Rather hard, but not completely hardcore”. If players are assigned a task, or are attempting something in the game world, they need to accomplish the task within the amount of time allotted to that action. If they don’t, the opportunity will pass them by, and in turn characters will pass away.

The game is set to span twelve in game days and the developers claim that finishing the game, with the aid of a walk through, will take somewhere in the region of 70 hours. 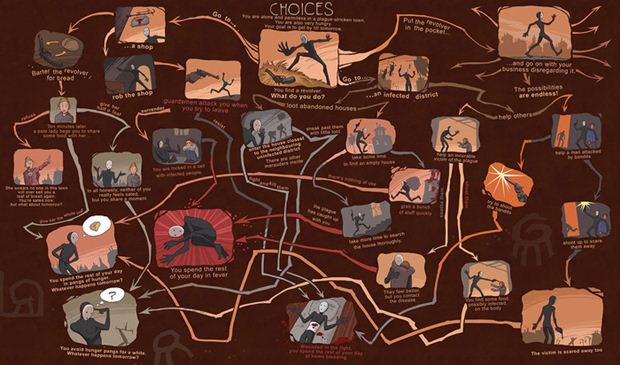 The game contains three playable characters, though for this remake the details surrounding the characters aren’t yet available. What we do know is that there will be three of them.

One playable character is a Scientist, the other is the son of a local Shaman and the third is a half crazed girl.