Nintendo, get your act together. 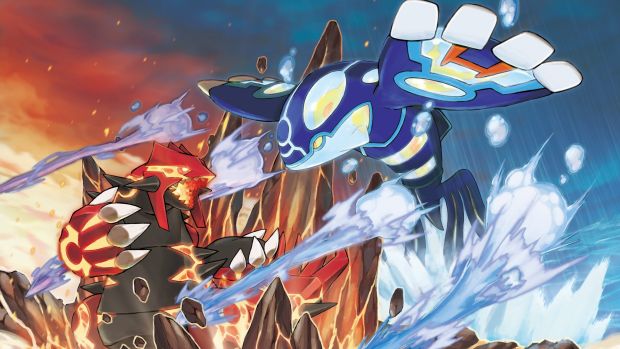 Pokemon is one of the world’s biggest franchises- actually, it is the biggest one, second only to Mario, consistently posting over 10 million units in sales on an almost annual basis for nearly twenty years now. It is so big that it even has legions of fans in India, a country where Nintendo has otherwise never had any presence whatsoever, and a country to which most of Nintendo’s franchises and products are otherwise completely unknown.

But Pokemon, Pokemon is big in India, and it’s been that way for more than a decade now. And the most popular generation of Pokemon in the country was the third generation, Pokemon Ruby and Sapphire on the Gameboy Advance. So naturally, the remakes of those games, the just released Pokemon OmegaRuby and AlphaSapphire, are a big deal even there.

But with Nintendo not selling the products there officially, it has fallen to small importers and distributers to sell the games there. And, owing to some hefty import duties, the games are being sold at obscene prices- at Rs. 3,799, Pokemon OmegaRuby and AlphaSapphire cost as much in India as the typical Xbox One or PS4 game does, in many cases even more.

That’s only if you buy the games… legally. NDTV reports that a full fledged grey market has sprung up around these games, selling them at a much more reasonable price of Rs. 2700 ($45), and that this grey market is seeing rapid sellouts.

“Whatever stock I brought in a couple of days ago is almost finished,” said an independent retailer in Mumbai anonymously. He brought in a 100 copies- 50 of each variant- and is now looking at importing more.

“We were offered official stock, but at that price, it’s tough to sell. Even more so since the 3DS console is only available in grey,” said a buyer for a large format electronics retail chain, also on the condition of anonymity. “What’s more the distributor (Sunder Electronics) was not committing to a delivery date either,” he continued.

For now, it appears that most of the ‘legal’ and official stock can be found on online retailers such as Flipkart or Amazon. But another way of getting the games at their intended price, and legally at that, may be available to Nintendo 3DS owners in India- Nintendo’s eShop, which is selling the games. As long as these owners can procure Nintendo eShop codes (which are sold entirely digitally by websites like Play-Asia), then they can get the games for much cheaper, and legally at that as well.

And until Nintendo decides to actually release its products in India, this kind of inconvenience will continue to be characteristic of their products in the country. It’s a shame, because, as is clearly visible, there is a very large market just waiting to enjoy their games.