Pokémon X and Y Wiki: Everything you need to know about the game

All the information you may need about Pokémon X and Y.

Posted By Kartik Mudgal | On 10th, May. 2013 Under Video Game Wikis | Follow This Author @KartikMdgl 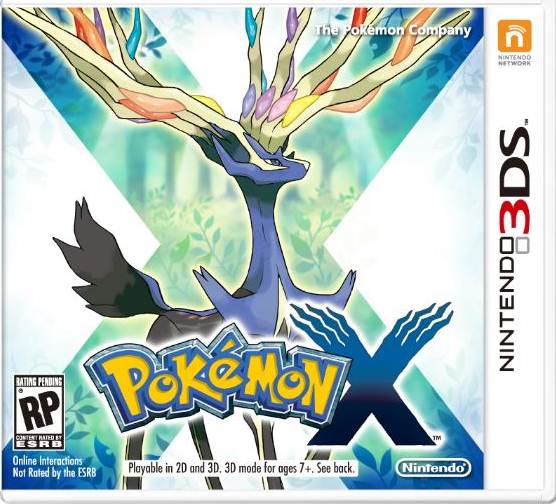 Pokémon X & Y are a pair of adventure role playing games set in the Pokémon universe as created by GameFreak and Creatures Inc. The duo of games were developed by series veterans Game Freak who have developed every other main line Pokémon game.

Developed exclusively for the Nintendo 3DS, the games were published by both Nintendo and The Pokémon Company. Given the exclusivity and widespread success of the 3DS, the games received a worldwide launch date of October 12 2013 and were made available at retail and via digital download. When they were launched, both games were met with critical acclaim.

“The worldwide launch of Pokémon X and Pokémon Y this October allows players to begin their adventures at the same time,” said Tsunekazu Ishihara, CEO of The Pokémon Company. “Now, Pokémon fans across the globe can discover the secrets of Pokémon games and can collect, battle, and trade with each other immediately.” [reference]

“The stunning visuals, a completely redesigned environment, game scenario, music, and communication features will bring smiles to the faces of video game players around the world.”

“This game has been a long time coming,” Smith told Polygon. “Obviously, Game Freak wanted to make sure that when they created this new universe on the 3DS, that it looked fantastic; both in the polygonal style and also when people are able to see the 3D effects as well. It’s really exciting to see the Pokemon come to life a little more.”

“There’s always been an evolution of the look and feel; it just happens to be that we played Black and White, and Heart Gold and Soul Silver, and Diamond and Pearl, and Platinum — all of those games on the same platform. So it feels like it’s been a long time in the same way,” Smith went on. “But between the original Game Boy and Game Boy Color, and moving up into the DS now, it’s always had that change. There’s never been a conscious decision to reboot, it’s just a decision to try new things and express the world in a new way.”

The overall gameplay of Pokémon X and Y does little to change the established format of previous games. That means that the player will take part in turn based battles with other trainers as they travel across the land collecting, training and trading their Pokémon in an attempt to become a Master.

One new mechanic in the game is the inclusion of various training stages that allow the player to target specific traits for training their Pokémon. This means you can focus on making a slow creature move faster or hit harder. This is accomplished by taking part in mini games and by using the training bags that require you to tap the screen repeatedly.

Nintendo has also released an infographic of different Pokemon starters and also their weight and abilities. You can check out all the pictures below. [reference]

Heights and weights for the two legendary Pokémon are:

“The new Pokémon, Sylveon, is a new evolution of Eevee, one of the most beloved Pokémon since it was first discovered inPokémon Red and Pokémon Blue. Players with Eevee can evolve it into one of seven evolutions, like Vaporeon, Jolteon, and Flareon. Sylveon will be the eighth Eevee evolution.”

All of the previously established Pokémon types are present in X & Y alongside the new Fairy Type Pokémon. Fairy types are a new addition to help bring some balance to the previously OP Dragon Types which were only weak to other Dragons and Ice attacks, both of which are somewhat uncommon.

To that end, Fairy types are strong against Dragon, Fighting and Dark types and can resist fire poison and steel attacks. Though they were initially scoffed at because of the “fairy” classification, they have proven to be versatile creatures that have won the day many a time.