Prison Architect’s Gangs Expansion Out Now on PC, PS4, and Xbox One

Players will now have to manage and curtail the rise of gangs in Prison Architect's newest expansion. Simply titled Gangs, the new expansion is out now on PC, PS4, and Xbox One. 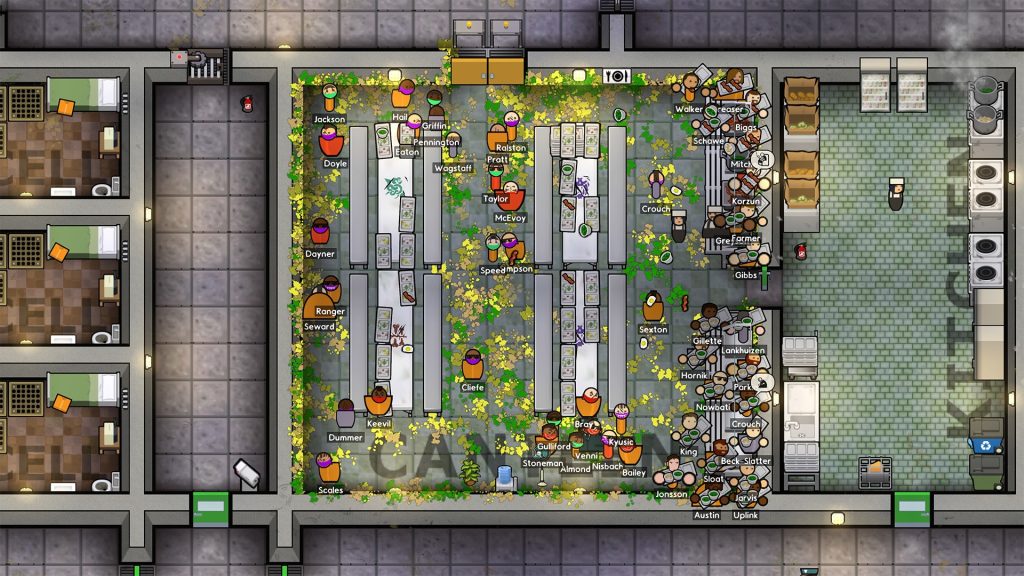 Prison Architect‘s seventh expansion, Gangs, is out now on PC, PS4, and Xbox One, priced at $5.99. Check out the release trailer for Gangs below.

Introducing the concept of gangs to Prison Architect, the Gangs expansion brings many new features to the game. Gangs will now begin to pop up around players’ facilities, each with their own personality traits and reputation, leading inmates with specific traits to naturally gravitate towards certain gangs.

As gang activity spreads in the prison, players have to gauge the ‘temperature’ of their prison, which tends to get hotter and more dangerous with the rise of gangs. To curtail this, players will have to make use of programs like Gang Rehabilitation to slow the spread of gangs.

New options for players include tattoo removal centers, regulated fight clubs, and the need to keep an eye on corruption in the staff.

Alongside Gangs, Prison Architect is also getting a free update, dubbed Kite, which brings general improvements and new content to the game, like guard dogs.