Senior Brand Manager, Tim Blair explains why PES 2015 is the football game to play this year.

As far as football games are concerned, EA Sports’ FIFA franchise has been leading the charts for several years now, eclipsing the once amazing PES series. There is no doubt that Pro Evolution Soccer has been on a decline but ever since last year, the series staging a fightback.

With Pro Evolution Soccer 2015, PES Productions are pushing the bar even further with improved visuals and several tweaks to the gameplay mechanics. GamingBolt caught up with the game’s Senior Brand Manager, Tim Blair to know how this year’s iteration will take the series forward. Check out his response below.

Pramath Parijat: Besides the visual upgrade, what kind of advantages has the Fox Engine bought to PES 2015?

Tim Blair: The Fox Engine allows for lighting and rendering in close to real time, which has made it much easier to make adjustments along the way. However, please understand that the primary advantage is the graphic fidelity.

Pramath Parijat: On one hand we have EA Sports’ FIFA which has expanded a lot in the last few years and on the other we have PES which is fighting to make its way back to the glory days. Why should fans pick up PES 2015 over FIFA 15?

Tim Blair: While we can’t/won’t comment on other companies’ titles, for PES 2015, we feel that once people play the game they will understand how we have updated the controls, responsiveness and returned to our core values that this game has been known for. 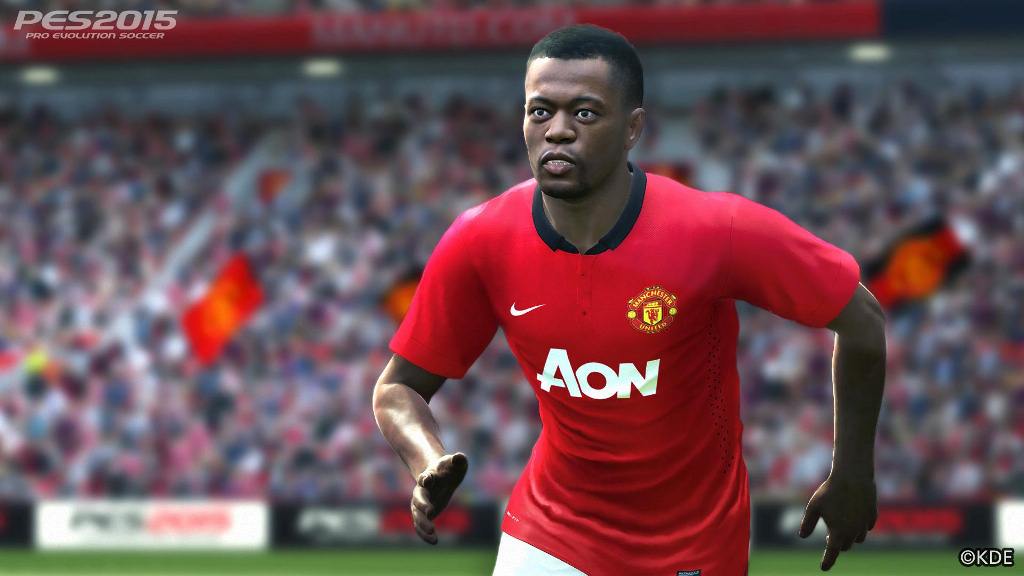 "There have been tweaks to the patterns of dribbling, jinking runs and general ball handling. Also, players will be able to see how well they can control not only the ball, but the overall pace of the game as they please.

Pramath Parijat: Have you address the issues from PES 14 like response times of the on-field players?

Tim Blair: We recognized this as an issue from last year’s installment. A lot of time and effort was devoted to making sure that this area was cleaned up. We believe that players will instantly notice the difference as they play.

Pramath Parijat: How are you planning to make PES 15 different but at the same time allow the player to play like he will play in real life?

Tim Blair: There have been tweaks to the patterns of dribbling, jinking runs and general ball handling. Also, players will be able to see how well they can control not only the ball, but the overall pace of the game as they please.

Also, two more areas that were focused on include the one-on-one challenges and the final through-pass just before a goal. We know that these are some of the most exciting and dynamic areas of football and tried to make these as rewarding as possible. We believe players will be happy with the results.

Pramath Parijat: There is a general feeling among players that the online component is not engaging. What steps have you taken to improve this in PES 15?

Tim Blair: This year, you can play online in a few different ways. There are online divisions, where you can engage in online season of 10 games against online opponents. Players receive points as they play the games, and if they get enough points over the 10 games, they can advance to a higher division; likewise, if the player does not get enough points, the player may go down a division. There are 12 divisions in this mode.
The other online modes include team play (11 vs 11 will be available again in PES2015), online friendly matches, quick matches (these don’t count against your online record) and online competitions. 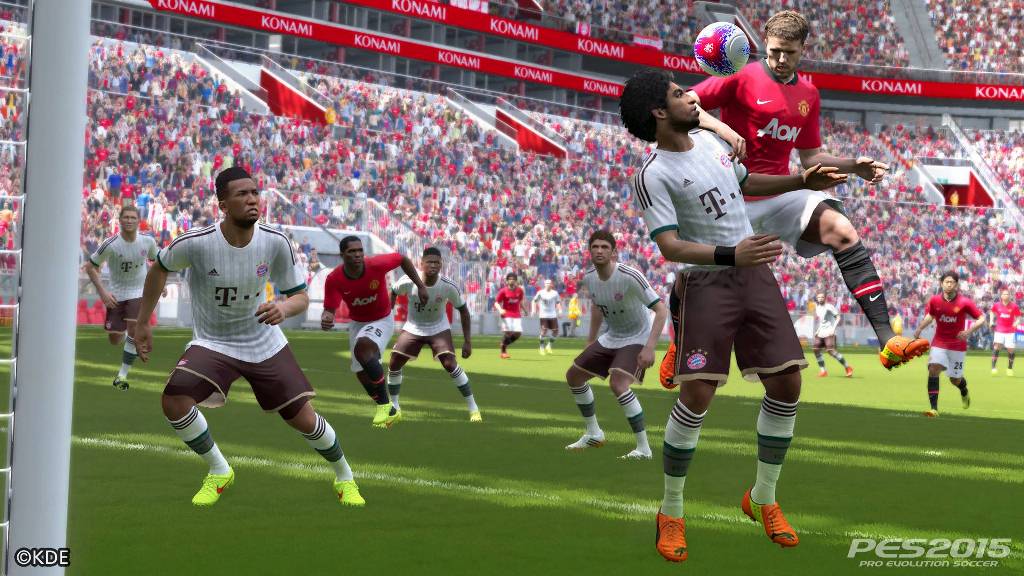 "Users also need an agent to sign players for their clubs. Even agents can be replaced with better agents, obtained by playing in matches and competitions. The quality of the agent is directly related to the chances that users will draw better players in the mode’s lottery system.

Pramath Parijat: What kind of improvements have you made to the game’s Master League?

Tim Blair: This feature has been largely revamped over the previous year’s version. For example, the training is now player specific. The player can focus on balanced, passing, shooting, physical, dribbling, defense, or speed categories.

The negotiations section has also changed. The player uses a scout and can set parameters of where to look for players, which then generates a list of possible transfers. The players on the list are more likely to sign with you. In addition, you can also search for potential targets on your own without the scout, although the scout does help sweeten the deal. Even the negotiations are more flexible, as you can find out what players are thinking about your terms, which allows you to make a better package for them before the initial offer is sent over. These negotiations can happen at any time, but you still have to wait until the next transfer window.

While not mentioned in the question about the online component above, Master League’s online mode has been replaced with “myClub” mode. Players pick a manager and which country the majority of the players will come from. The managers all have a unique set formation, so players can select one that will work well with their own individual game style. Once the manager and basic country is set, players can upgrade the players and manager through “Game Points”. These are earned as you play matches. In addition, we have also added microtransactions where users can purchase myCoins for quicker upgrades. The “Game Points” (GP) or myClub coins become more important as they are needed to manage the players’ contracts and stamina.

Users also need an agent to sign players for their clubs. Even agents can be replaced with better agents, obtained by playing in matches and competitions. The quality of the agent is directly related to the chances that users will draw better players in the mode’s lottery system.
As users upgrade/improve their manager, they will find different on-the-field strategies/tactics that will improve the overall quality of the team. If you improve the manager, you will attract better quality players.

Finally, myClub also focuses on overall team spirit, and there are added benefits when players accept and agree with the manager’s style, have played together with other players from the same league system, or have played a lot of matches together with the current roster. 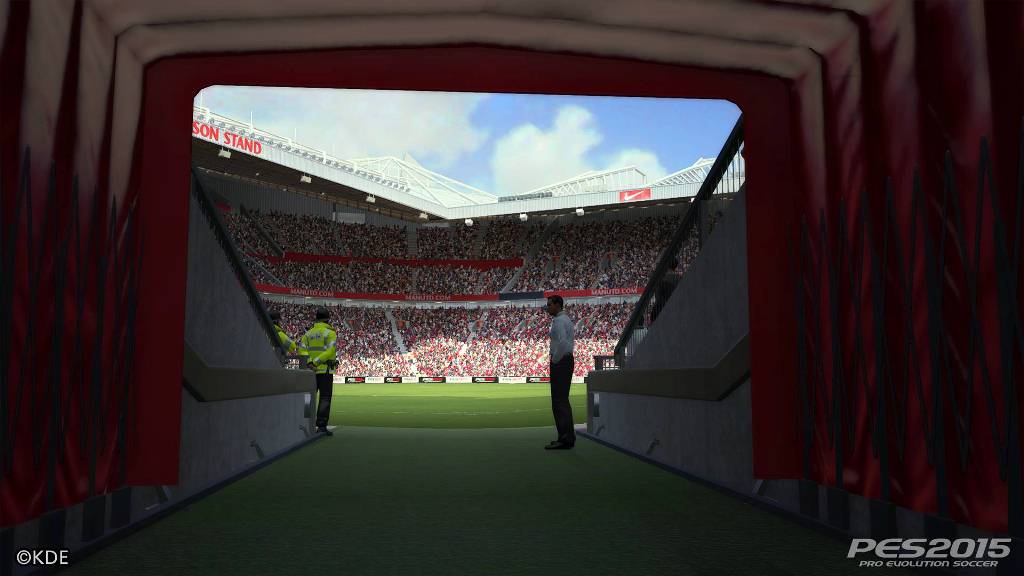 "myClub also focuses on overall team spirit, and there are added benefits when players accept and agree with the manager’s style, have played together with other players from the same league system, or have played a lot of matches together with the current roster.

Pramath Parijat: What are the core differences between the current and last generation versions?

Tim Blair: The gameplay should feel the same, i.e. the responsiveness of the controls, the playing styles, etc. The primary differences are graphical. Also, some of the cutscenes have been taken out in the last generation consoles, simply because of the limitations on those consoles. However, players should not notice any significant gameplay differences.

Pramath Parijat: As a closing note, is there anything else you want to tell us about the game that we haven’t asked?

Tim Blair: This year also includes an editing function, which will allow users to edit stadiums, players, and uniforms/kits.

Finally PES 2015 debut’s an entirely new way to play with friends: Role Control. Using Role Control, up to 3 players can play on the same team and take control of the forwards (attackers), midfielders, or the back field (defense). By giving players control over a certain area of the field to give they can take better control and have more ownership over that area of the gameplan. In addition it allows users of different skill levels to play together and still have a great time.