Everything you need to know about PES 2017. 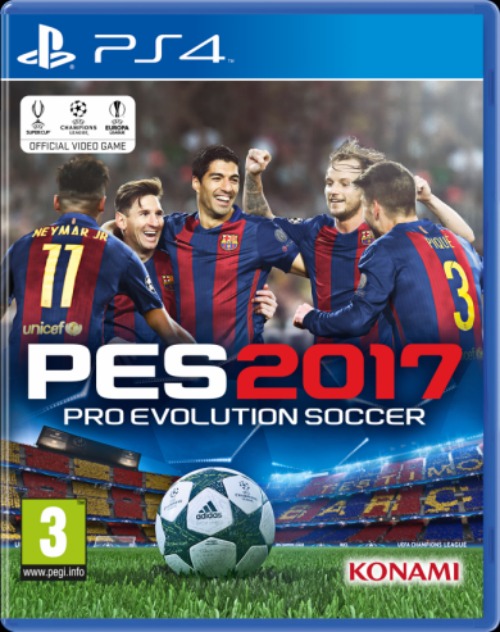 PES 17 is a professional soccer game that is the continuation of what has become a long-running series. The game is developed by PES Productions and is published by Konami. The game is geared for the PS4, Xbox One, PS3, Xbox 360 and the PC. PES is actually the shortening of the official title, Pro Evolution Soccer and PES 17 is the 16th installment in that franchise.

The game was officially released on September 16 and is going to be carrying support for the PS4 Pro when that console is launched. The developers for the title have reached a number of partnership agreements with real teams and real organizations in order to add realism to the game.

On May 25, 2016 Pro Evolution Soccer (PES) 2017 was officially announced by Konami. During that announcement, the developers said they would be divulging more information about the upcoming title at the 2016 PES League World Finals. This game is latest in what has become a long-running series that competes directly with the FIFA video game series. The developers said, during that first unveiling, that the game is going to be using the FOX Engine to power gameplay. This engine has been used in other versions of PES, but the development team has said there will be new improvements to that engine.

The company said the game is going to be available on the Xbox 360, Xbox One, PS3, PS4, and PC and at the time of the announcement the developers would not say when they were officially releasing the game but did say it would be coming sometime this fall. On July 7, a release date was set for September 13, 2016, in North America and September 15, 2016, in Europe and Japan. A demo of the game was released on August 24, 2016.

Konami’s Adam Bhatti divulged during an interview over the summer of 2016 that the development team was basically working on a couple of different versions on PES 2017. Bhatti admitted the PC version of the game would be of a lower quality than the PS4 and Xbox One versions, though it would have a higher frame rate and perform better than the Xbox 360 and PS3 versions. Bhatti also said the 2018 version of this game would likely be better than this version.

On September 14, 2016 the development team announced it would be bringing support for the PS4 Pro. This means both the professional soccer games releasing on the PS4 will be offering 4K resolution. 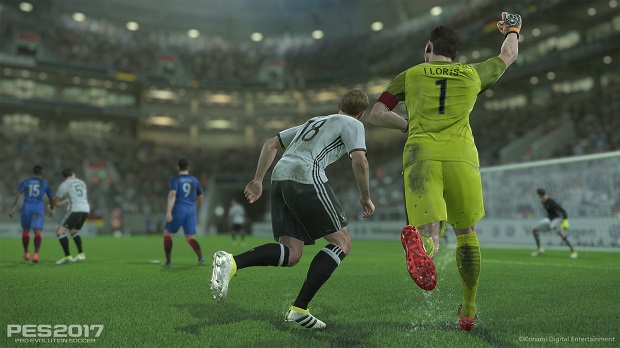 There is no story in the traditional video game sense of a story. Like most sports games, the story unfolds through several different game modes that are included PES 2017. The story, in a general sense is how the team’s season unfolds as players go through it. There are also a number of stories that can unfold through other game modes, but there is not a cinematic story that is part of this game. 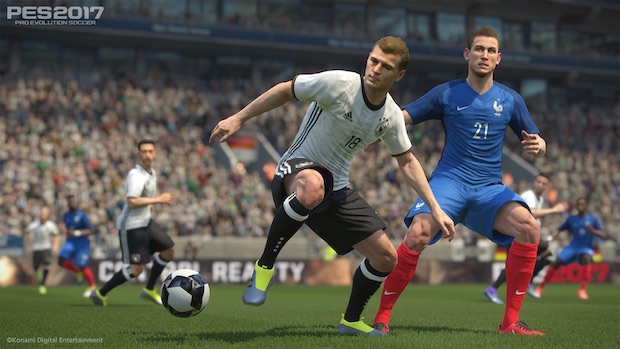 During an interview with GamingBolt, PES 2017’s director told the website some of the gameplay changes this version of the game offers. In that interview he said, “and now that they’ve added various things, like proper transfer deadlines and training and stuff like that, it’s going to make it more engrossing. We’re just going to continue to refine what’s in there. I think that we are always up for coming up with new ideas but they’ve got to be bolstering the PES experience. Because gameplay is key, you buy a game to play it and that’s where we want it to be.”

Among the innovations that have been brought to the gameplay in PES 2017 is a revamped commentary system. The developers have said the innovations in this commentary comes in the form of audio concatenation, the process by which individual units are linked to create a fluid, more “natural” sounding commentary. The commentators that players will be able to listen to will be Milton Leite and Mauro Betting in Brazilian Portuguese commentary. Jon Kabira and Tsuyoshi Kitazawa are the commentators for the Japanese version. Cantonese and Mandarin commentary is added for the first time in this series in PES 2017.

As far as the mechanics in the game, the developers have included something they call “real touch” which is supposed to better mirror how specific real life players control and pass the ball down the field. This includes a slightly different feel for when a player is making a shot on goal for different real players in the game. Corner kick control has been revamped in order to make it feel as though it is a bit more realistic than what we have seen in previous versions of the PES franchise. The developers have also said the game is going to have a more adaptive AI that will apply both when players are going up against the computer in a season match, as well as the computer controlled teammates.

The modes that are available to play in PES 2017 include MyClub, which is a way for players to build up a franchise from the ground up. Players will be able to control how money is spent, scouting of potential additions to the roster as well as season opponents and setting the lineup. Master League is an expansion on MyClub which gives you more control over a kind of dynasty mode that goes through multiple seasons. 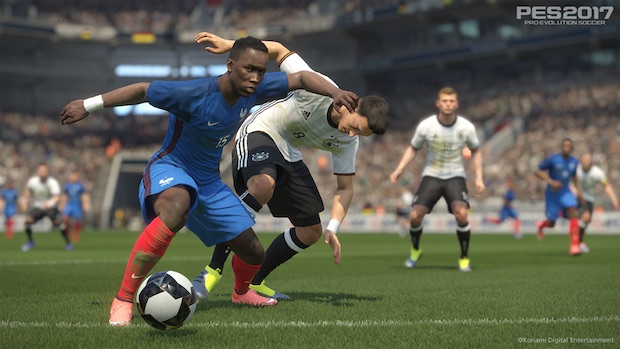 There are literally hundreds of teams contained in PES 2017. Almost all the teams that can be found in the title are those that play in the following leagues:

The licenses for the team names are complicated a bit because they don’t have the ability to get every real name. Instead there are a number of team names that are a bit different. The team names can be edited in game in order to have the correct names by the user. 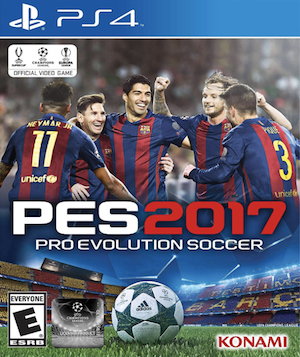