Posted By Felicity Chevalier | On 18th, Aug. 2015 Under Article, Reviews

In an era of quality next gen remasters, the likes of which include Final Fantasy X/X2 HD, The Last of Us, and Tomb Raider, Prototype Biohazard Collection arrived on the scene with all the hype of a funeral procession and a graveside service that was never really announced, for the death of someone that no one really knew.

Saying that the Prototype remaster is awkward is like saying that snow falls in winter; it’s painfully obvious, right from the outset. The positive aspects include the fact that both Prototype games now run at full 1080p, a few textures have been replaced, and the controller will echo with certain sounds here and there, yet the differences between these two Prototype games, and their last gen counterparts is largely negligible.

Some aspects of the original Prototype like draw distances, effects, character models, and most of the textures are absolutely ancient looking. The second game in the series seems to fare better in that context, but sadly, all too often seems to run at a shockingly low frame rate, with a growing stutter the busier the screen gets.

By and large though, these are, for better or worse, the same games you could play a few years ago on previous gen consoles. If you do pick up this bundle for PS4, you’ll have the honor of playing one game graphically lost in time, akin to an H.G Wells novel, and another game that bafflingly runs even worse despite having better technology supporting it. 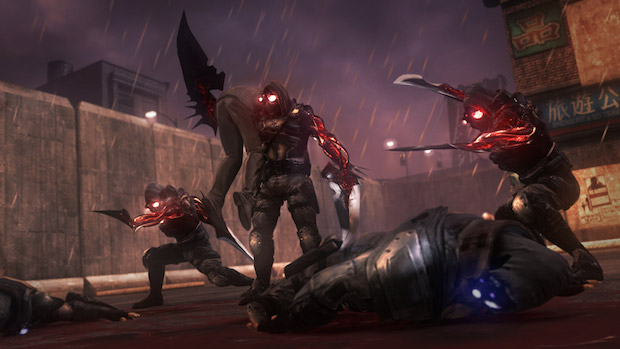 "Some aspects of the original Prototype like draw distances, effects, character models, and most of the textures are absolutely ancient looking."

Prototype, for all its shortcomings, has aged rather poorly. We can see this in the story, which involves a man named Alex Mercer who wakes up in a morgue in New York City, with a missing memory, but on the plus side, has a virus that instead of killing him, has turned him into a living, breathing bioweapon.

Mercer has the ability to manipulate and rearrange his own flesh in unique ways, a bit like Spawn, only not nearly as interesting. He can also assimilate other people’s forms. Naturally, the military seems to know more about this whole strange affair and they spend most of the game trying to contain Mercer, who is basically trying to piece together the remnants of his shattered past. It all plays out like a rather low budget SyFy movie of the week.

One interesting aspect of the whole affair is that despite a massive open world design, there is painfully little to do or see, so the whole setup seems wasted, As Mercer, you are constantly being directed to go to various places throughout the city and dispatch certain people, until you’re directed to run away and assume another human form as a disguise, until you’re given orders to kill the next target. As a protagonist, Mercer simply interacts with his sister, a hacker, and kills people, in between whiny cut scenes where he laments about his lack of memory. It’s all woefully uninspired and pedantic and may leave you wishing for more in the context of character development, gameplay, story, and pretty much everything else.

For all his faults, Mercer has a wide array of powers that let you take down enemies and innocents with more blood spraying and viscosity than any recent Quentin Tarantino film. It’s a bit of a shame that the game’s imperfect camera and targeting controls make locking onto enemies more of a chore than it should be.

Story wise, Mercer is a truly one-dimensional protagonist, since you aren’t terribly invested in him, as a character, you don’t really end up caring about his past. The tension also fails to escalate in any meaningful way at all, and as a result, you spend most of your time in the game at the status quo.

Perhaps in an ironic twist of fate, the game itself seems much like a prototype itself, a collection of interesting ideas and mechanics that perhaps a better game may have been able to more fully realize, in terms of potential. 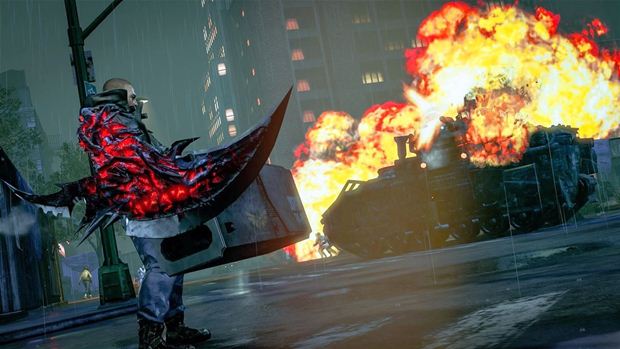 "Perhaps in an ironic twist of fate, the game itself seems much like a prototype, a collection of interesting ideas and mechanics that perhaps a better game may have been able to more fully realize, in terms of potential."

Conceptually, James Heller, the protagonist in Prototype 2, is a bit better, in terms of a leading role, however, that isn’t saying much in the greater scheme of things. Heller is still an aggressive lout, but in comparison to Mercer, he’s an aggressive lout with a sense of humor.

Much like the first game, the story is about as predictable as tossing a two headed coin. Heller is a solider, sent into a NYC still healing from the effects of the first game. Heller also holds a major grudge against Mercer for releasing the virus that ultimately killed his wife and child.

Heller has a run in with Mercer early on and becomes infected with the same virus that gave Mercer his powers. He is then taken in by the same military that you spend hours and hours dispatching in the first game and is offered a different version of the truth.

Heller soon joins forces with Mercer and they tag team through trying to uncover why the government is trying to utilize this bioweapon and put a stop to it. Heller has new powers that are just as capable of bloodletting and tearing enemies asunder as Mercer was, many in gory new ways.

The improved mechanics at least in Prototype 2, combined with a more fluid movement aspect, means that countering is easier and more effective, and escaping the waves of military drones is a lot more productive than it was in the first game. Even the recreated New York City looks a bit better the second time around and the hapless citizens that stroll the streets aren’t nearly as puppet like in your second trip through the city. 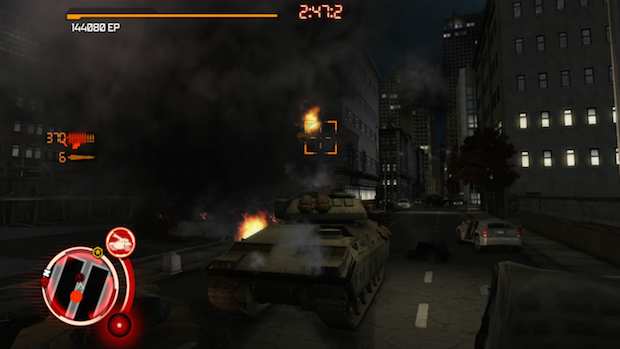 "Even though Prototype 2 stands as the stronger of the two games in the package, it’s still an exercise in frustration, due to its apparent technical limitations."

Even though Prototype 2 stands as the stronger of the two games in the package, it’s still an exercise in frustration, due to its apparent technical limitations. The original Prototype, however, stands as a testament to the fact that not every game can age like a fine wine.

Perhaps the biggest insult surrounding this package isn’t the aging gameplay, technical shortcomings or blood so thick it covers the surfaces of New York City like a shroud, it may just be the nearly full price that you’re expected to shell out for a package that uses the word remaster, as if it’s sweeping some dirt under an already soiled carpet and then adding a spit shine and a bit of polish in an effort to justify the price tag. Don’t become a victim of this “prototype” of remasters.

The Prototype Collection is a terribly flawed attempt to add a layer of polish to two games that are already rusted and tarnished from age and technical issues.

A copy of this game was provided by developer/publisher for review purposes. Click here to know more about our Reviews Policy.
Tagged With: activision, prototype, Prototype 2, Prototype Biohazard Collection, ps4, Xbox One