"The decision to develop for Xbox One or for PS4 was a tough one." 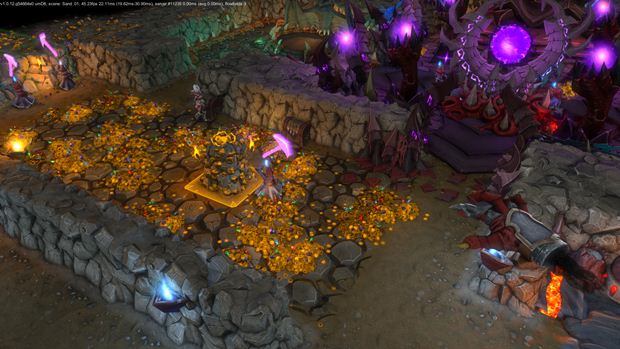 Realmforge Studios’ strategy and simulation game Dungeons 2 will be launching on the PlayStation 4 next month. However at this point the developers have no plans to launch an Xbox One build of the game. GamingBolt recently caught up with Dennis Blumenthal, Product Manager at Kalypso Media and Benjamin Rauscher, Head of Studio at Realmforge Studios and asked them whether there is any specific reason behind the lack of an Xbox One version.

“We love both of these great consoles and would have loved to see Dungeons 2 on Xbox One, but as our human and technical resources are limited, we wanted to focus on one console first to deliver the best possible experience for players. The decision to develop for Xbox One or for PS4 was a tough one, but as the PS4 is the more successful [console] at this moment, we chose the PS4,” Dennis said to GamingBolt.

Given that Microsoft has reportedly sold around 20 million units compared to the PlayStation 4 which is probably close to 40 million by now, the decision taken by Kalypso Media seems to make sense. After all, developers and publishers want to play it safe and launch only on a platform that is selling well in the market. However this does not mean that the game will never launch on the Xbox One as the developers may start working on it if they have enough free resources and also, whether it will be able to garner higher sales figure.