For those who are expecting an exciting, action-packed single player campaign based first person shooter, Quake Arena Arcade is not the game for you. There is a single player mode, yes, but it is just there to get the players acclimated to the real meat of the game- it’s multiplayer mode, where upto 16 people can battle it out amongst each other. And while even the multiplayer mode does not fully justify the $15 price tag, it is something all multiplayer fans, who love shooting their friends with lazers or rocket launchers, should try out. 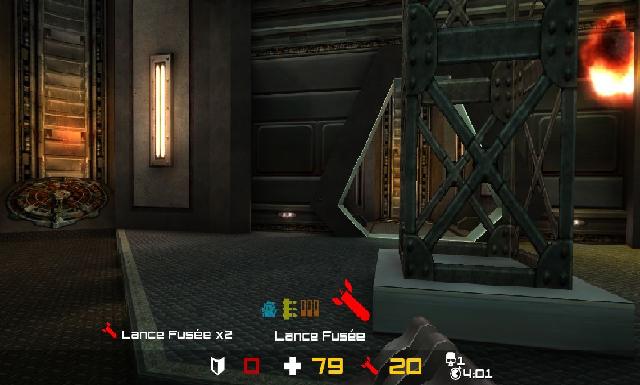 The best thing about Quake Arena Arcade is that it is a shooter that just let’s you have fun with it- no tactical planning of how to take out your friends, roaming the map aimlessly without the noises of gunshots being heard. This is not the online you would find in Call of Duty or Halo or Battlefield. In Quake Arena Arcade, you just grab your gun, head out there and start unloading your ammo into every single thing that moves. The thrill and fast-paced nature of the multiplayer are extremely enjoyable.

The fact that a lot of weapons, armours and health packs are available throughout the maps really adds to the fun- you and your friend see a rocket launcher at the same time. Both of you start shooting at each other. Both of you are racing towards it, to get it first and take out the other. Who gets their first? That’s the kind of fun Quake Arena Arcade provides us with.

Another thing that makes the multiplayer so enjoyable is the amount of maps there are available. With 32 maps to offer, Quake Arena Arcade is a game with a lot of variety. 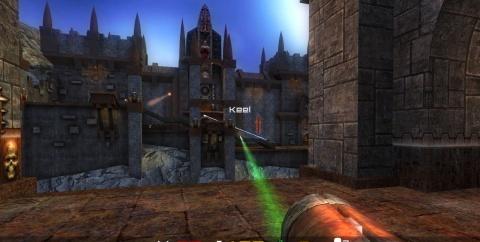 However, the game does have a few- or rather, many- faults of its own. For one, most of the times, you don’t even get to play online. Why? Well, because there are not enough people online. Half the times, you will be waiting in a lobby, or waiting to join a session or looking for people to play with. Other than that, the game doesn’t really provide a lot of variety overall, meaning that it has next to no replay value. You will be returning to its online mode once or twice, but after that, you just won’t feel like it.

While the game does provide us with the typical Quake fun, it does not do enough to keep us hooked to it. Somewhere, there is not just enough to keep us coming back, and it even stops being that much fun after a while.

Also, the developers could have as well done away with the single player mode. It’s boring and has no use, and most of the players will most probably completely ignore it.

Ultimately, Quake Arena Arcade is a fun game. But is it fun enough for you to go ahead and spend 15 bucks (1200 Microsoft Points) on it? Is it good enough to keep you coming back to it? Well, no. It doesn’t provide for as much as you would have expected, and definitely is not worth the $15, especially considering the fact that it’s a pretty old game, and that it’s also available on the internet for free.

Single player mode; Price tag is not justified; Not many people can be found online; Not very replayable

While Quake Arena Arcade does provide for short bursts of fun, the $15 price tag that it holds is simply not justified, especially considering the fact that it is available for free online.