Ever heard of an awesome iOS game called Quarrel? Well, if you’re a hardcore iOS gamer, chances are that you have. However, some of you may not have heard of it, so here’s a brief run-down: it’s a weird mash up between turn based strategy games like Advance Wars and Final Fantasy Tactics, and… Scrabble. Yeah, you read that right. Each match has two to four players, and each player has an equal number of tiles and soldiers each. You can, much like in any other turn based strategy game, attack soldiers and engage in a race to complete words first, move your soldiers to gain tactical advantages over your foes or just stand and wait for reinforcements. 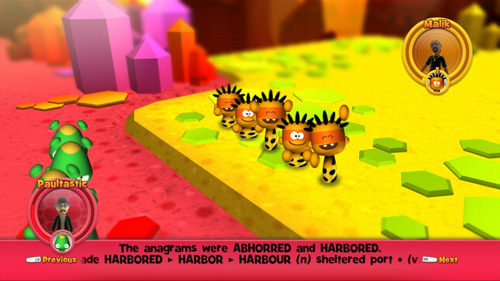 By now, I’m sure you agree that while it all sounds very obtuse and rather gimmicky, it also sounds innovative and enjoyable. And in every sense of the word, it is. The problem with the initial iOS version of the game, though, was that it did not support online and multiplayer, an omission that seemed almost criminal to me. Because this is one game that truly is best played with friends. Sure, you will have a lot of fun playing it against AI, but playing it with your friends will give you an entirely different experience. It was a bummer that the developers did not see that when creating the iOS version of the game.

Lucky for us, they were listen to all the feedback, and here we have it- Quarrel on the Xbox 360 has a multiplayer component. Playing with friends or family will certainly gtive you the better experience, and battling against people you know is much better than battling against the AI. not the say the AI itself isn’t good. No, on the contrary, the AI is intelligent and will often leave you scratching your head, wondering what to do next.

For those of you couldn’t care less about multiplayer, Quarrel will certainly be a less enjoyable experience. But that isn’t to say that it will be a bad or boring one. There’s a lot of variety to even the single player component. Different modes like Domination (a series of continuous battles of varying difficulties), Challenge (compartmentalizing to win battles) and Showdown (the game’s on take on Gears’ Horde mode, with enemies coming one after another for one-on-one battles with difficulty increasing constantly) will certainly keep things fresh and entertaining for a long time, and you’ll have a good time checking all these modes out individually and exploring their depths and ultimately mastering them. 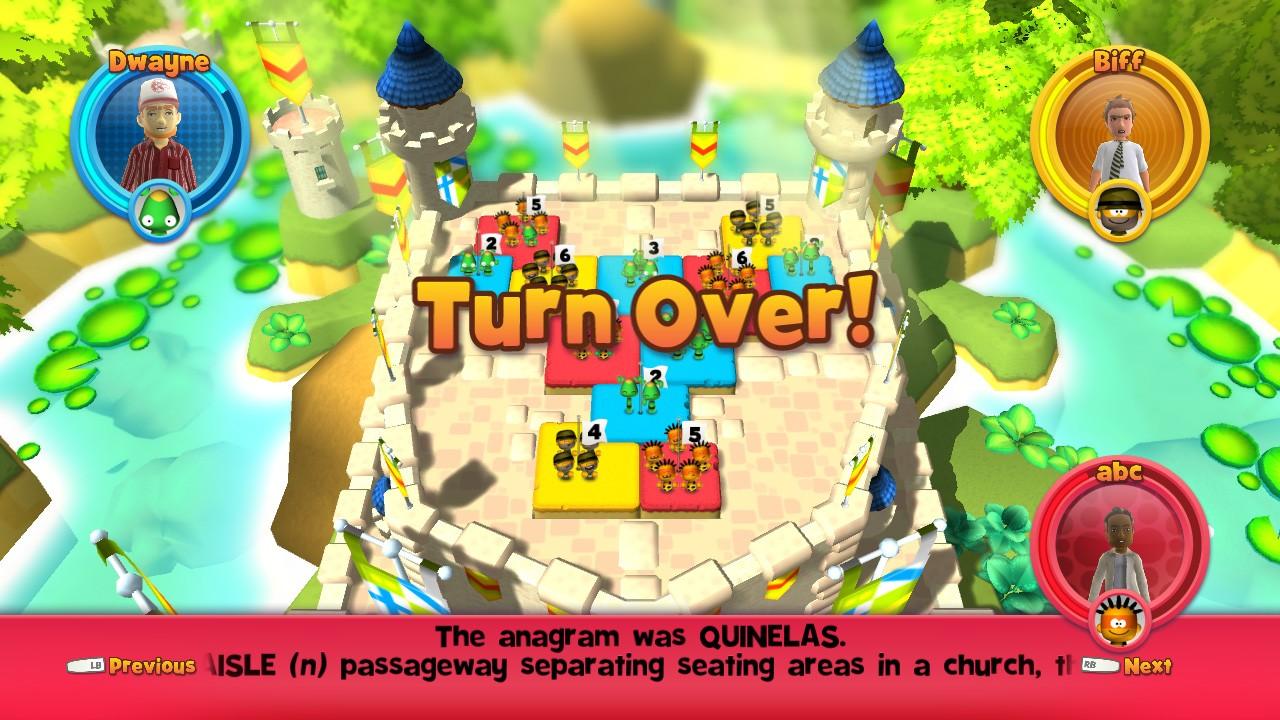 The battles in the game already have a certain element of deep and complex strategy to them. You can do things like capture prisoners of war, and that boosts your advantages in certain areas. You have the option to move your troops tactically, make all your decisions and actions in a strategic and immaculate manner.

I’m sure this must be sounding very stupid to you right now- a game so simple and straightforward-looking cannot possibly have so much strategy involved in it. At first, I thought the same. But as I played more, I realized how wrong I was. The main draw of the game, other than the extremely charming visuals and presentation, the innovative concept and the multiplayer component, is the fact that it encourages players to think.

However, there’s one specific gripe I had with Quarrel. There was a certain flaw in the game that ruined the whole experience for me, at least to an extent. It’s pretty clear that Quarrel was developed keeping a touch-screen based user interface in mind. While the Xbox 360’s buttons and analog sticks aren’t exactly clunky or unresponsive, they just feel unwieldy and out of place, and the experience feels a little more sluggish and slower because of that. The gameplay’s pace comes down a few notches, and the agility and nimbleness of actions that made the iOS version of the game feel and play so well isn’t present here in satisfying quantities. 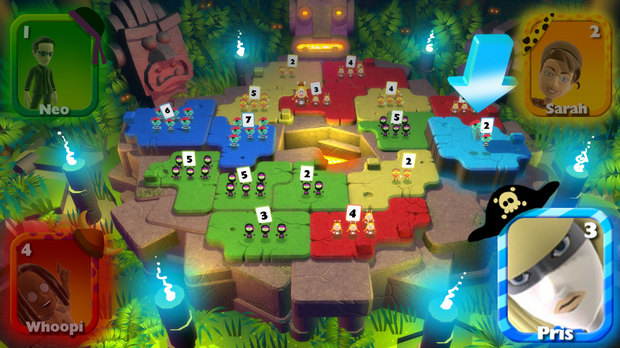 Ultimately, Quarrel is a game that has it’s faults- the UI is not very user friendly, and playing offline isn’t half as much fun as it is online. But it is an enjoyable game with a unique and interesting concept that I would recommend to everybody without hesitations, especially because it is priced very reasonably at just 400 Microsoft Points.

Charming visuals and presentation; Strategy and tactics add an entire layer of depth to the game; Tons of fun while playing online; Lots of variety for single player; AI is smart

The game isn't half as good as it would be with friends; Questionable UI decisions;

Final Verdict:
GOOD
Quarrel is a game that has it's faults, but it is an enjoyable game with a unique and interesting concept.
A copy of this game was provided by Developer/Publisher/Distributor/PR Agency for review purposes. Click here to know more about our Reviews Policy.