With the release of Starcraft 2 so recently behind us, it seems both brave and foolish to release another RTS game so soon. R.U.S.E however, packs a serious strategic punch and offers a more macro-orientated style of gameplay that sets it apart from the competition. The scope and scale of the strategy, combined with the intricate and open-ended workings of the ruse tactics, make R.U.S.E a solid entry into the RTS canon.

The core strategic dynamics work around various rock, paper, scissors unit types. Tanks beat infantry, infantry beat anti-tank weapons, and AT guns beat tanks. A whole host of air, artillery and other special units fit into the roster as well and provide the unit list with an impressive variety. It’s also a nice touch to see changes made to the units available based on what era of WW2 the map or game type is set in. By 1945 you have the whole tech tree to explore, but the limited unit list of 1939 era warfare requires a different play-style altogether.

Whereas a lot of RTS titles focus on the micromanagement and base-building aspects, R.U.S.E requires strategies encompassing a larger scale. Rather than just being a race to see who can get the best units first, R.U.S.E offers various bits of cover across the exceptionally large maps where various units can hide and ambush unsuspecting enemies. By hiding a few infantry in a nearby forest or town, even the larger tanks will go down with ease. It’s a simple mechanic, but it helps keep you on your toes and it prevents a strong offence from necessarily meaning a strong defence. 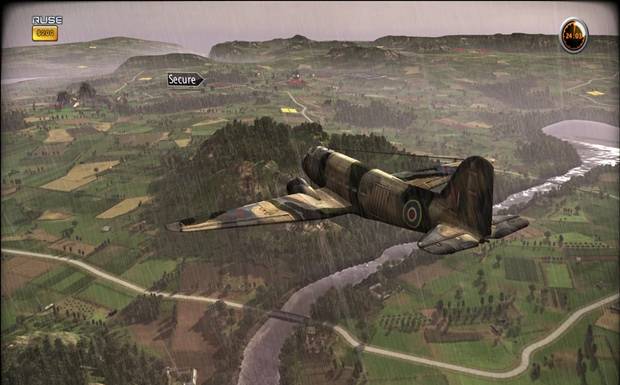 With all this hiding an trickery going, you begin to see why there are so many different varieties of recon units in R.U.S.E. Indeed a large part of the strategy in R.U.S.E is how much intel you can gather on what units your enemy has and where s/he is moving them. To prevent it from becoming a battle of who has the most recon planes, the ruse cards allow you to gather further intel and deceive your opponents in new and interesting ways. Every minute or so you are granted a ruse card, and you can play as many ruse tactics as you like provided you have a card in your hand. The tactics are activated on particular sectors that the map is divided into and range from unit buffs (such as extra speed), to intel gathering ruses like the spy or wire tapping plays. The most enjoyable of all have to be the deception ruses. You can hide units in a certain sector under radio silence to sneak them in to an enemy base, or you can hide your own HQ from aircraft bombing runs by popping up a camouflage net. It starts to get really sneaky when you send in decoy tanks and planes made of wood, or set up fake bases so you can divert there defences to one flank while you assault the other. It’s a surprisingly versatile system when you realise that ruses can be stacked as long as you have enough ruse cards available. It really makes you think of new strategies to outwit your opponent.

With all your units scrambling into cover and all the ruses that need playing it’s a good thing the controls feel solid and intuitive. It’s all fairly standard RTS controls, but there are some well thought out hot keys that will have you rushing tanks and bombing bases with the best of them. My  main criticism with the control scheme is in the lack of customisation. It’s a very small thing to ask for, but I don’t want to have to click in the middle mouse button to rotate the map. Having thoroughly enjoyed the game with a keyboard and mouse set up, I then went on to sample the delights of R.U.S.E with a game-pad. CONSOLE USERS BEWARE, the controller set up is horrendous and just doesn’t work. The lack of a cursor saw me cursing constantly as I selected the wrong unit, once again missing the faint highlight that denotes what you will be selecting. If you plan on getting this game, do yourself a favour and get it on PC. 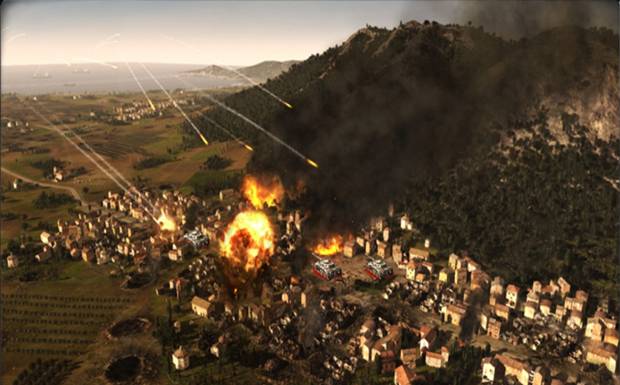 Some really huge maps to battle over

As you play through any of the games modes you gain experience points that increase your level over time. It’s a nice attempt to add incentive to your play sessions but, as there are no real unlocks to speak of based on your level, the whole thing thing seems somewhat arbitrary. At least you can net a few achievements by getting your rank high enough.

I’m usually rather sceptical of the campaign modes in most RTS games, but I was rather surprised by the quality of the single player mode in R.U.S.E. As far as just sheer gameplay goes, I found the campaign mode offered some entertaining set-pieces in huge maps and it also offers a large amount of game time. That said the story is fairly by the book and some of the characterisation is appalling. The story follows Joe Sheridan as he attempts to discover the identity of the evil information gather Prometheus, and a perspective shift also sees you as the German General Von Richter as he tries to snuff out a mole within the German high command. It has a tendency to just plod along, and the representation of the Germans and Brits boarders on full blown discrimination. 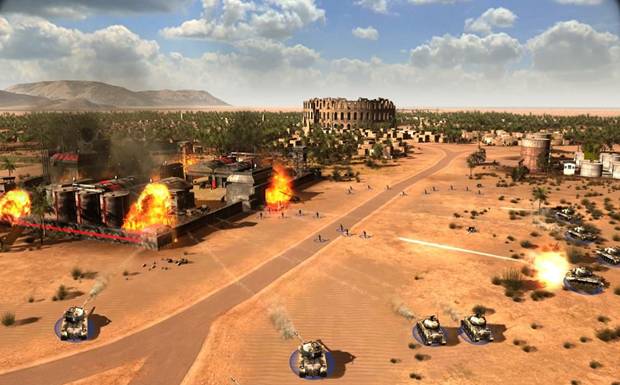 R.U.S.E cards open up a lot of complex and rewarding strategies

If you want a little bit more than just trudging through the story, there’s always the operations mode. It’s basically a challenge mode that sees you tackle the various operations, either alone, or with a friend. It has some decent maps that offer a large scale game with multiple objectives to complete. It’s just a shame then that there are only six maps, as this could’ve otherwise been a really solid time sink. Thankfully the skirmish mode against the AI offers the full complement of maps used in the multiplayer mode, ranging from small one on one match ups, to huge eight player maps. The AI is fairly competent and, with many ways to customise the AI behaviour, the skirmishes are a blast to play through.

As fun as it is battling against bots, the multiplayer is really where it’s at here. The large variety of maps, and the various perks each nation has will lead to a lot of variety between each match up. The multiplayer mechanics feel solid and well balanced, and we’re sure to see the ruse cards being used in bizarre and creative ways when R.U.S.E starts seeing its online mode becoming well populated.

Whenever I think of the presentation of WW2 in games, the colours brown and grey come to mind. It was nice to see then that R.U.S.E uses a more colourful palette, to present a more vivid interpretation of war. The scale of the graphics also utilize some really decent effects with the detail of the units being intricate and impressive when you zoom right in. When you zoom the camera out however, the view peels back and transforms the war zone into the war board that the generals are looking at and all units are replaced with models that represent them. It’s a really nice effect that doesn’t really get old, and the smooth zoom transitions are commendable. Possibly the only visual blemish I can think of are some repetitive textures that fail to distinguish different maps from each other. Apart from a different supply depot placement and a forest here and there, all the maps appear a little too similar.

The sonic side of the presentation was pretty standard across the board. The score offers a lot of appropriate highlights, but is unlikely to win any awards or anything like that. The SFX and voice clips that accompany the various units are satisfying and engrossing, but are sadly counter-balanced by the pathetic voice acting during the campaign’s film sequences.

The longevity of a game is usually dictated by whether you get into the multiplayer or not. This is obviously partially correct in the case of R.U.S.E but, even if you forego the online entirely, there is still enough single-player content to justify the price of entry. The campaign offers a solid twelve hours of gameplay at least, and even though it’s unlikely to warrant multiple play-throughs, the skirmish and operation modes will keep you coming back. The achievements also offer a nice reason to sample all your modes and cover all the necessary bases.

R.U.S.E mightn’t reinvent the genre, but some of the tactics can be darn satisfying when they go down well. The sheer amount of content and vast scale of some of the levels will keep you coming back for more. It has its down sides but, now that the draconian DRM schemes have been lifted, there is no excuse why all strategy fans shouldn’t at least try a few games of R.U.S.E.

Horrible racial stereotyping, Weak and predictable characterisation in the campaign, Lack of levels in the operations mode

Final Verdict:
SUPERB
The eponymous ruse tactics add a layer of depth to an, otherwise, standard World War 2 RTS and help elevate R.U.S.E into an enjoyable title that offers a different brand of strategy.
A copy of this game was provided by Developer/Publisher/Distributor/PR Agency for review purposes. Click here to know more about our Reviews Policy.