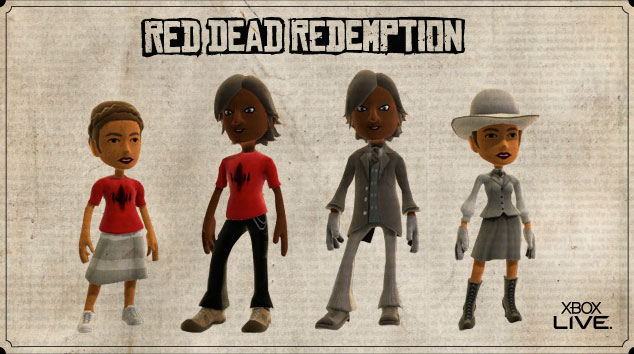 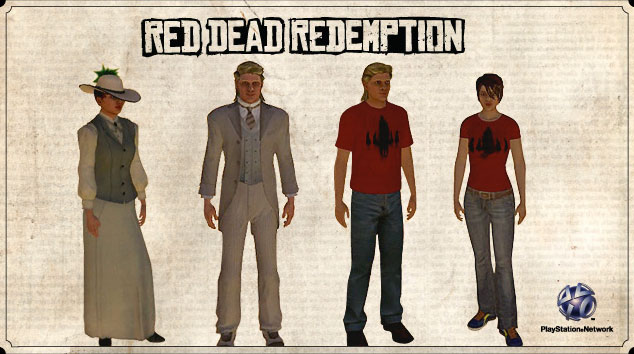 Rockstar wants you to get back to Red Dead Redemption as they are having an XP challenge for who can meet the total XP set first; Xbox 360 or Playstation 3.  Right now it is tied up.  Attaning the amount of XP need will unlock the Gentleman’s Attire/Ladies Attire and a Crimson Posse T-shirt for your Xbox Avatar or PS Home Avatar.  You can view each consoles progress here and here is what Rockstar has to say about the event:

The Red Dead Redemption Rockstar XP Challenge has officially begun, ladies and gentlemen. Grizzled veterans and greenhorns alike in Red Dead Redemption multiplayer on Xbox LIVE and PlayStation Network will be on equal footing as the entire online population works starting today to unlock special avatar rewards for their respective platforms. In lieu of the originally announced “Skin It to Win It” and “I Shot the Sherriff” Challenges to unlock these avatars, the test will now be for players on each console to harness their collective XP earning skills online and get that thermometer up from zero to 100%.

Here’s how to do your part. Boot up your platform of choice and jump into any Red Dead Redemption multiplayer session. From Free Roam to Grab the Bag – whatever your pleasure. Enjoy your multiplayer game as you normally would and when your session ends, all of the XP that you accumulate will be automatically added to your platform’s XP grand total.

You can track the progress of both the PlayStation 3 and the Xbox 360 earnings via the live XP thermometer right above in the page header.

The unlockable avatars will grace your Xbox LIVE and/or PlayStation Home characters with the spiffy Gentlemen’s Attire just like the unlockable one Marston himself rocks in the game. And when the occasion calls for something less dressy, there will also be the crimson Posse t-shirt. Each available for both male and female avatars. Check out some preview shots of all the unlockable avatar outfits below.