Despite releasing seven years ago, Resident Evil 5 has aged quite well. 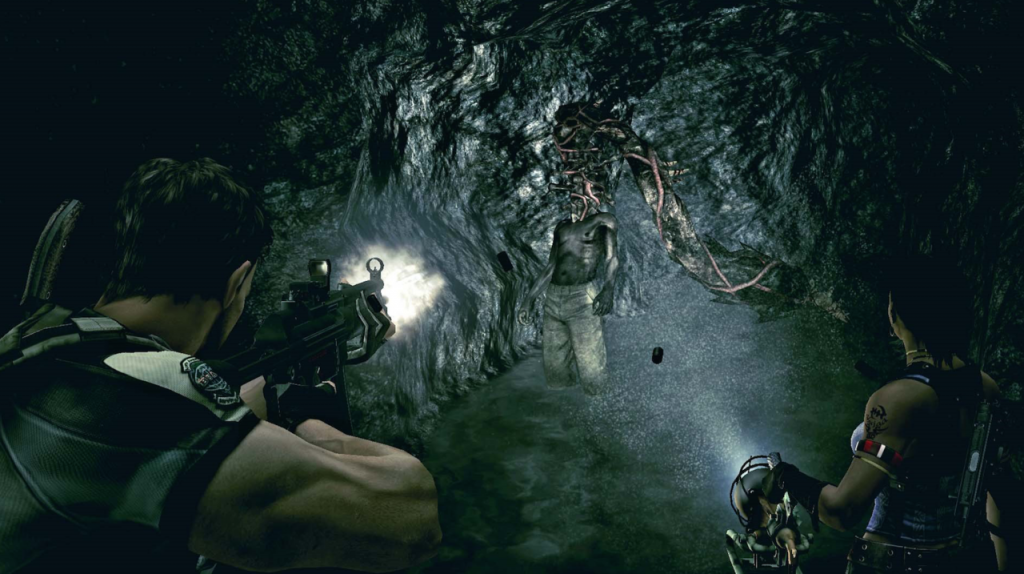 "Capcom have made it clear that this is not a remaster and is a direct port of the last gen versions. So if you are expecting improved visuals along the lines of say Resident Evil 0 or Resident Evil 1 Remastered then you will be sorely disappointed."

Capcom is committed to the Resident Evil brand this generation and they have been consistently releasing remasters and ports of older games on current gen consoles. A couple of months ago, Capcom released Resident Evil 6 on the PS4 and Xbox One and as expected, launching on current gen consoles in no way improved the game which was already disappointing to begin with. Resident Evil 5 on the other hand is a different story. The follow up to Resident Evil 4, Resident Evil 5 was more action focused but was largely a satisfying experience and it goes without saying that not much has been changed in current gen ports. Other than a native 1080p resolution and performance improvements, we are largely looking at the same product that Capcom released seven years ago.

To recap, Resident Evil 5 takes place in the fictional city of Kijuju. Players can alternate between long time series favorite Chris Redfield or his new partner, the highly agile Sheva Alomar. They are to investigate the selling of bio-organic weapon on the black market and as expected things go awfully wrong for the couple. The locals are infected by Majini (a new kind of parasites similar to the Uroboros from Resident Evil 4) and from here on players are set for an entertaining 12-15 hour journey of high octane action, zombie killing and over the top cutscenes (I am looking at you, bike ridding Majinis!).

Capcom have made it clear that this is not a remaster and is a direct port of the last gen versions. So if you are expecting improved visuals along the lines of say Resident Evil 0 or Resident Evil 1 Remastered then you will be sorely disappointed. Besides better performance and image quality, there is no major improvement in the various graphical facets that the game offers. Although I must admit that the game has aged quite well but it’s a tad disappointing that Capcom have simply put out a one to one port. 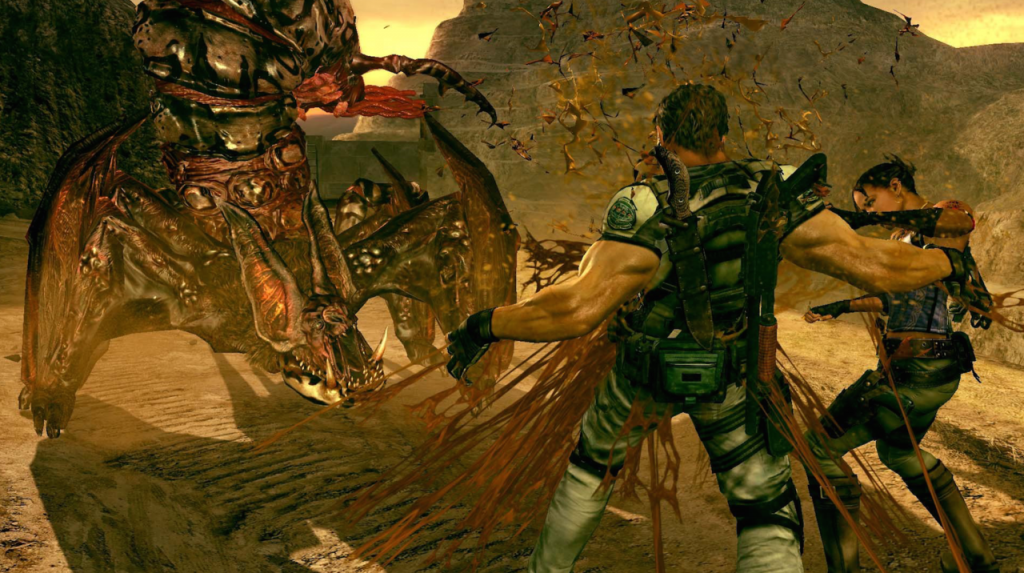 "Picking up this port will definitely make the wait easier for the upcoming Resident Evil 2 Remake or Resident Evil 7 which seems to be returning to its survival horror roots beginning next year."

Most of Resident Evil 5 takes place in broad day-light, killing off any suspense or horror elements, right off the bat. Granted the core gameplay mechanics are still intact (and they still feel surprisingly satisfying in this age), it’s still unfortunate that the day setting sticks out as a sore thumb; not to mention that the latter half of the game is all about taking cover and shooting the bad guys instead of the usual scares and puzzle solving that we all expect from a mainline Resident Evil game. Having said that, the shooting still feels remarkably tight and the intriguing inventory management system, co-op mechanics coupled with some excellent boss fights and well paced set pieces are still intact in this port.

The current gen versions of Resident Evil 5 also comes packed with all previously released DLC, such as the Lost in Nightmare and Desperate Escape story episodes. Furthermore, the Mercenaries mode is also included but unlike the original all the characters will be unlocked from the beginning. Overall, there is a lot of content here, enough to hook you over for almost 20-25 hours so it goes without saying that those who have missed out on the original release, can definitely invest in this re-release.

Picking up this port will definitely make the wait easier for the upcoming Resident Evil 2 Remake or Resident Evil 7 which seems to be returning to its survival horror roots beginning next year.

Enemy AI is still dumb at times, the day setting kills off most of the horror and suspense opportunities.

Final Verdict:
GREAT
Despite a straight port, Resident Evil 5 has aged well. There is a good amount of content here which should make the wait easier for Resident Evil 7.
A copy of this game was provided by Developer/Publisher/Distributor/PR Agency for review purposes. Click here to know more about our Reviews Policy.