In 2005 Resident Evil 4 came out on the GameCube followed by the Playstation 2 version. The game not only redefined the standards of action and survival horror genre but also revolutionzied the Resident Evil series with it’s new over the shoulder style of shooting, ability to customize weapons and much more.

Now coming from the lines of a great predecessor, Resident Evil 5 doesn’t truly redefine the action genre but i must admit that it has totally revolutionized the franchise. Now before reading further, I must make you aware that i might reveal some of the plotlines if it is essential to the review.

So the game starts with the player going to a fictional state of Kijiju. You will take the role of series long time favourite Chris Redfield. As soon as you land up, you will immediately meet up with your “partner” Sheva Alomar.

After a while things go wrong and the innocent looking people all of sudden turn in to mindless zombies. Now the zombies feel and react the same way as those in Resident Evil 4.Though they have a better understanding and give you a few more dodges than the ones who were infected by the Las Plagas in RE4. So how do you deal with these guys? 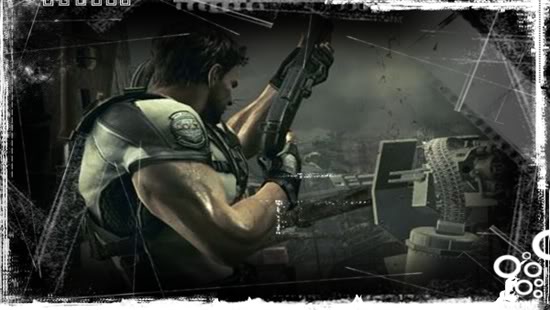 The inventory system is one of the major changes done to the game. The inventory now opens on the screen without the action being paused. This is a big departure from the previous games where you have to pause the screen and than select your item. Now this is one of the innovations i liked about RE5, the idea of the action being continued without any pauses just adds more tension and adrealine rush to the game. Whats cool though is the fact that you can alsoaccess Sheva’s Items too. You can combine items just like the previous games , shift them and even give items like ammunition, herbs , etc to Sheva. With Sheva’s inventory being accesible you really have a large amount of ammuntion at your disposal. This being said, RE is all about ammo conservation, and this logic applies here too.

A lot of talk has gone about how the game will work with a partner. I will cut it short. The game surprisingly works wonder. Sheva i must say is an awesome partner. She will heal you when you are going to die, she will fill you with ammo if required, help you when you are being attacked by a zombie. The most innovative part about RE is most of the boss battles that take place cannot be completed without a partner. For instance there was no way I would have taken down the huge sea monster in one of the chapters. Also Sheva has crucial role in one of final boss battles where you have to use a bit of your sense rather than your bullets. How you will use Sheva as a partner will actually help you to bail out of certain situations.

Gameplay wise i must say RE5 is pretty much similar to RE4. You will have a lot of weaponry in the game. From HandGuns to Magnums, to heavy Machine guns to the light guns, from the Snipers to the grenade launcher.And how can one seperate Rocket launcher from the franchise. Shotguns are fantastic to use, especially the one which you will find closer to the end of the game.But the most innovative weapon has to be Stun Rod, this rod is just used as a knife , but it will give a high electric shots and will toast even the “Chain saw Man”. Also kool weapons like flamethrower and laser are avialiable only during some boss battles. Bosses are pretty smart in RE5 , the first boss had to be grilled with fire where you have to lure him in to a room. In one of the scenes a boss from RE4 returns , i guess capcom were just making fun that this guy has grown old. Some of the final boss fights are pretty tough and might take a hour or more to take them out. General enemies consist of Kijiju villagers which arent really smart. But later on zombies will use bows and arrows, even machine guns, rocket launchers and even “huge” machine guns. If you are being bombarded by so much ammo, what do you do ? Capcom has provided a new liitle feature here…taking cover something to similar to the Rainbow Six series. I wont elaborate on that too much since i didnt find the feature very useful and its just there occupying its place in the game. 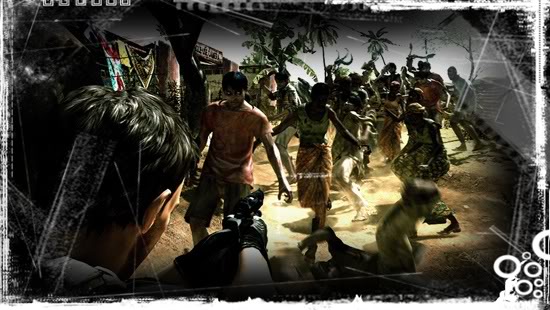 Resident Evil 5 is one of the beautiful games to look at. From the destroyed villages to the marshlands, from the typical labs to the volcanic mountains, you will be travelling a lot and you will be seeing alot.Cutscenes are mostly action oriented and have been very well crafted The character models are top notch. Chris and Sheva animations are pretty fluid and lighting is hands down one of the best.

Sound is pretty good for majority of the game, I havent heard a shotgun sound better. I wont say that sound is more in terms with a horror game but whatever is there, suits the ambience pretty well. Voice acting is well done by all the major characters and adds a sense of drama to the game. 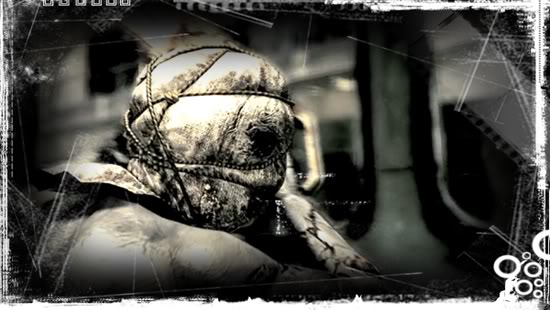 Resient Evil series has always know for its horror, survival and puzzle elements. Though some puzzle aspects have been retained but I cant term Resident Evil 5 as a horror game. The fact that game now takes place in daylight just doesn’t add any horror element to it. Resident Evil 5 is more of an action oriented game which may actually disappoint some of the fans but it might bring new people to the franchise who actually like the action genre. From the wonderful bike chases to the superb action in the marshlands, Resident Evil 5 is an amazing ride which ends pretty quickly.The Single player campaign will take you 10 to 13 hours to beat which is pretty short compared to the other games in the series.Once done you can play the game as Sheva and also you can play the mercenaries mode.

Resident Evil 5 is not a change, its a drastic revolution of the franchise. But essentially thats a good thing.Shortcomings like the inability to move while shooting doesn’t really become an obstacle and it really just adds to the tension. Beautiful Visuals, great gameplay and amazing action make Resident Evil 5 a worthy addition to the franchise.

Final Verdict:
EDITOR’S CHOICE
Resident Evil 5 is a revolution of the the entire franchise.
A copy of this game was provided by Developer/Publisher/Distributor/PR Agency for review purposes. Click here to know more about our Reviews Policy.