GamingBolt recently caught up with Matteo Pezzotti, the Lead Designer of Ride 2 to check out the game’s various new features, his opinion on the PS4 Pro and Xbox One Scorpio, and much more. Check out the entire interview below.

Please note that this interview was conducted before the launch of Ride 2.

Ride 2 will be expanding on its predecessor with an even larger array of bikes this time around. How important is the variety of bikes to the franchise?

I think that bikes are the core of the game, Ride was already a huge game in terms of assets, but we still had a lot of areas to explore in the world of bikes. We hope that Ride 2 could give the player the chance to taste a lot of new ways to live the world of motorcycles.

Which bikes can players expect from the 200 spread over 15 categories? How has the development team handled such a huge selection of vehicles compared to last year?

We have listened to the request of our fans, you can expect the bikes they were asking the most: Supermoto, Two stroke bikes (Both 125cc & 250cc), Café Racer…just to give you some examples. It’s not been easy, because we had a lot of different bikes to manage, and each of them could have different behaviors to handle. I think that the most difficult goal was to make the handling of every bike different and accurate, but we are very proud of the results about physics. 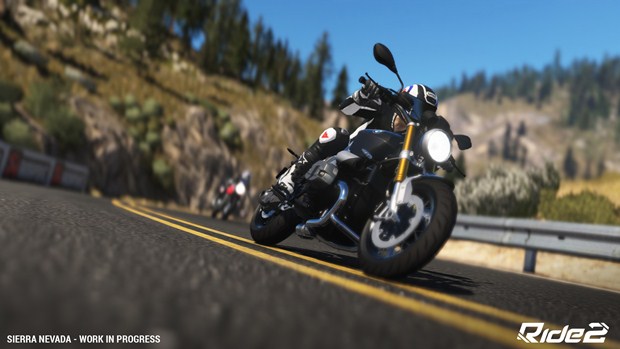 "We have twice the tracks of the first chapter. 30 different locations, for a grand total of 58 different race layouts."

What benefits to the gameplay, content and overall structure of the game could be seen by sticking to Xbox One, PS4 and PC for Ride 2 as opposed to current and previous gen with Ride?

First of all Ride 2 is a game only developed for last generation consoles, so it doesn’t have a lot of the limitations we had on the first chapter because of the old generation. I think we made big improvements on the graphics of the tracks and of the vehicles, on the physics of the bike, and also on the audio, particularly on the engines. We also worked a lot on the loading times, that now are a lot shorter that the ones of RIDE.

What can players expect in terms of game modes this year?

We focused our efforts on the main campaign of the game, the World Tour. We worked a lot to improve the sense of progression of the game, and we also added some new type of challenges, like a training mode in which you have to ride inside a path made by cones…a sort of riding license.

Has the main campaign been expanded for Ride 2? Will there be more Elite trophies and challenges to complete?

Last year players complained a bit about the main campaign, they said it was a bit too short. This year we have 400 different race events in the World Tour, plus extra events like championships, team vs team and special Invitational Events that have to be unlocked during the progression of the game.

How many tracks spread out over different locations can we look forward to?

We have twice the tracks of the first chapter. 30 different locations, for a grand total of 58 different race layouts. We have new specific tracks for the Supermoto, and we are particularly proud of the new Road race circuits, like Nordschleife, Nortwest 200 and UlsterGP.

Can players customize their bikes on a deeper level than last year? What challenges will be in place to ensure competition for the hardcore racers?

We have implemented new custom parts, (example, brake discs) and obviously also the new Supermoto will be fully customizable. I think that the bigger update about customization is the racing modify: this new feature allows the player to change some of the modern sport bikes in real racing monster with advance modifies, like fiberglass fairing with exclusive liveries. 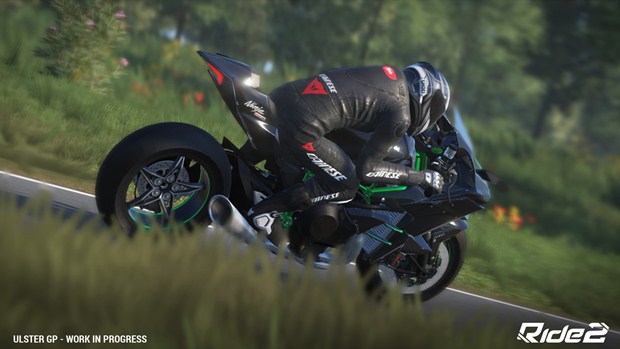 "First of all the game now includes entry level bikes, like 125cc and 250cc, easier to control but still fun to ride. We have also worked on the riding helps, to make the game more accessible for new players."

What can we expect in terms of online play this year?

We mainly worked on the stability of the online experience. We will also have weekly challenges: basically every week we will select a bike and a track, and the players will have one week to perform the best time they can reach. Just one player at the top of the leaderboard!

Given that the original Ride was praised for its accessibility, how will Ride 2 welcome new racers to the fold?

First of all the game now includes entry level bikes, like 125cc and 250cc, easier to control but still fun to ride. We have also worked on the riding helps, to make the game more accessible for new players. For example, this year we have a new help related to the grip outside the track that is something our players asked for. So if you are a hardcore player you can decide to have real grips and the grass and the sand will be very slippery, while if you are a newbie player you don’t have to worry if you make a mistake and go out of track.

When will Ride 2 be releasing? Is development currently on track, given that the original saw several delays?

The release is scheduled for October 7th and we are currently on track. The game is complete and stable; we are working on the polishing of the build.

I am sure you must have heard about the upcoming PS4 NEO and Xbox One SCORPIO. From a development perspective what kind of advantages will these new and upgraded consoles bring to games development due to their additional power?

From one side, for what we can expect there will be plenty of more power to use, but on the other side, the very same game must run also on the standard consoles, so you can improve on some areas like resolution, or frame rate, but you can’t make something structurally different. Think something like the HD ports  we’ve seen in the early next-gen times, to get an idea. 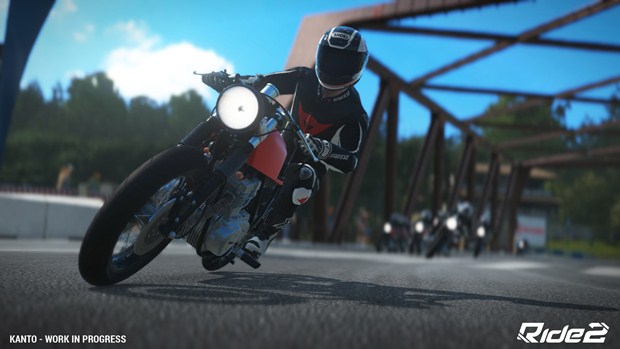 "Ride 2 is a game crafted with infinite love for motorbikes. We’ve build on a solid first iteration, to make a more ambitious, rich and fun game to play."

Microsoft certainly seems to be pushing 4K gaming with their upcoming Scorpio launch next year. As someone who is been developing games for a long time, will you push for 1080p/60fps or 4K/30fps on the new Scorpio?

I think it’s something that deserves some experiments, to understand what’s better from a player’s perspective.  Hitting the 60fps mark flawlessly is probably more challenging, and there might be the option for resolutions in between of HD/4K. Lots of new options to explore.

On the other hand we have Sony, whose NEO reportedly has a weaker hardware compared to Scorpio. Given the current trend of better performing games on PS4, do you think Microsoft will finally have a one up on Sony in the performance/resolution department when the NEO and Scorpio launch?

There will probably be two machines nominally capable of 4K graphics, but as you were saying, none of them will be easily doing this at 60fps, not in AAA quality titles. The bar is raised, and the challenge will be yet again on exclusives, and personal taste of players. I can’t see a clear winner only based on hardware specs, so.

Will you support the platforms (with games) when they launch?

It’s something we will for sure evaluate

Ride 2 is a game crafted with infinite love for motorbikes. We’ve build on a solid first iteration, to make a more ambitious, rich and fun game to play. We’ve listened to the fans’ requests, and we’ve added tons of bikes, tracks, game modes. We’re setting the new benchmark in two-wheels racing games, so enjoy!