It may not be Gran Turismo for motorcycles, but it’s still damn good.

Posted By Shubhankar Parijat | On 30th, Nov. 2018 Under Article, Reviews

Milestone’s love for motorcycles is well documented- over the course of the last several years, time and time again the Italian developer has churned out out games that appeal to fanatics of two wheeled-motorsports. And though they’ve never quite become the Gran Turismo or Forza Motorsport of bikes – though it’s unfair to expect a relatively smaller studio like themselves that presumably operates on more conservative budgets than the likes of Turn 10 to do so – they have still established a dominance in the niche through the sheer volume of their output.

For bike enthusiasts, Milestone’s games offer a sort of paradise that very few other developers do, and that is true of their latest effort, RIDE 3 as well. The developer’s love for motorcycles shines through in every aspect of the game, from the way the bikes look, feel, and sound, to the informatory text within the game about every single bike in its impressive roster. The attention to detail on display when it comes to the vehicles themselves is commendable, but what props up the game more than anything else is that unlike its predecessors, RIDE 3 has the backbone to do justice to its love of bikes. 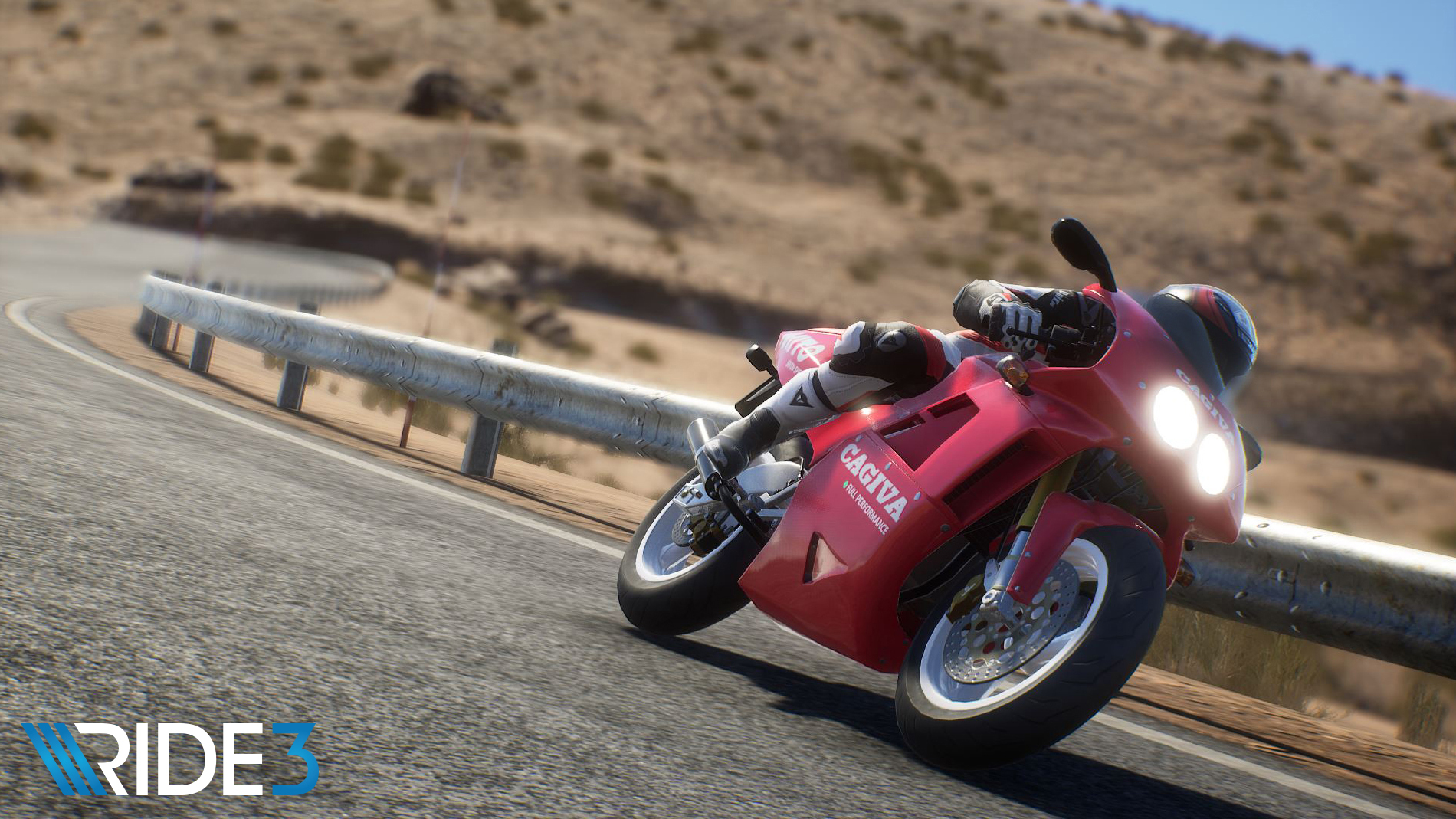 "For bike enthusiasts, Milestone’s games offer a sort of paradise that very few other developers do, and that is true of their latest effort, RIDE 3 as well."

The switch to Unreal Engine 4 benefits RIDE 3 immensely. Though it’s not a visually stunning game by any means, it looks far better than the at best mediocre visuals that its predecessors displayed. Moving through courses at high speeds, the tracks and environments look decent enough, and though things such as foliage, textures, and the crowds (especially the crowds) fall apart under scrutiny, the truth is that you’d have to pull your vehicle to a stop for such examination, which, of course, is kind of against the point. More importantly, though, RIDE 3 always maintains a smooth and steady frame rate, which is exceedingly important in any racing title. The motorcycles themselves look absolutely top notch, exhibiting excellent attention to detail in every single one of their components.

But they don’t just look good. Controlling them is also a blast. Depending on what kind of bike you’re piloting, your style needs to keep varying, but each category of bikes controls authentically. Handling is perhaps the most important thing in any racing simulator that places its focus on bikes, and RIDE 3’s bikes handle excellently. What also helps is that there is a vast array of customization options available for each bike as well, which allow you to have a great level of control over the pros and cons of your vehicle. The customization options actually feel meaningful, in that they have an immediate and tangible impact on individual aspects of your bike’s performance. Equally impressive is the amount of motorcycles in the game. RIDE 2’s roster was already quite impressive back in 2016, but RIDE 3, with a selection of over 230 bikes (70 of which have never been in a RIDE game before) outdoes its predecessor with ease.

While the handling itself is great, RIDE 3’s physics feel a bit at odds with the realism the game strives for in other areas. The slightest of bumps can often send your bike hurtling through the air, while even the teensiest bit of contact with another racer while you’re bending around a corner can send you crashing into the side of the road. The animations themselves when you do crash look jittery and janky as well. 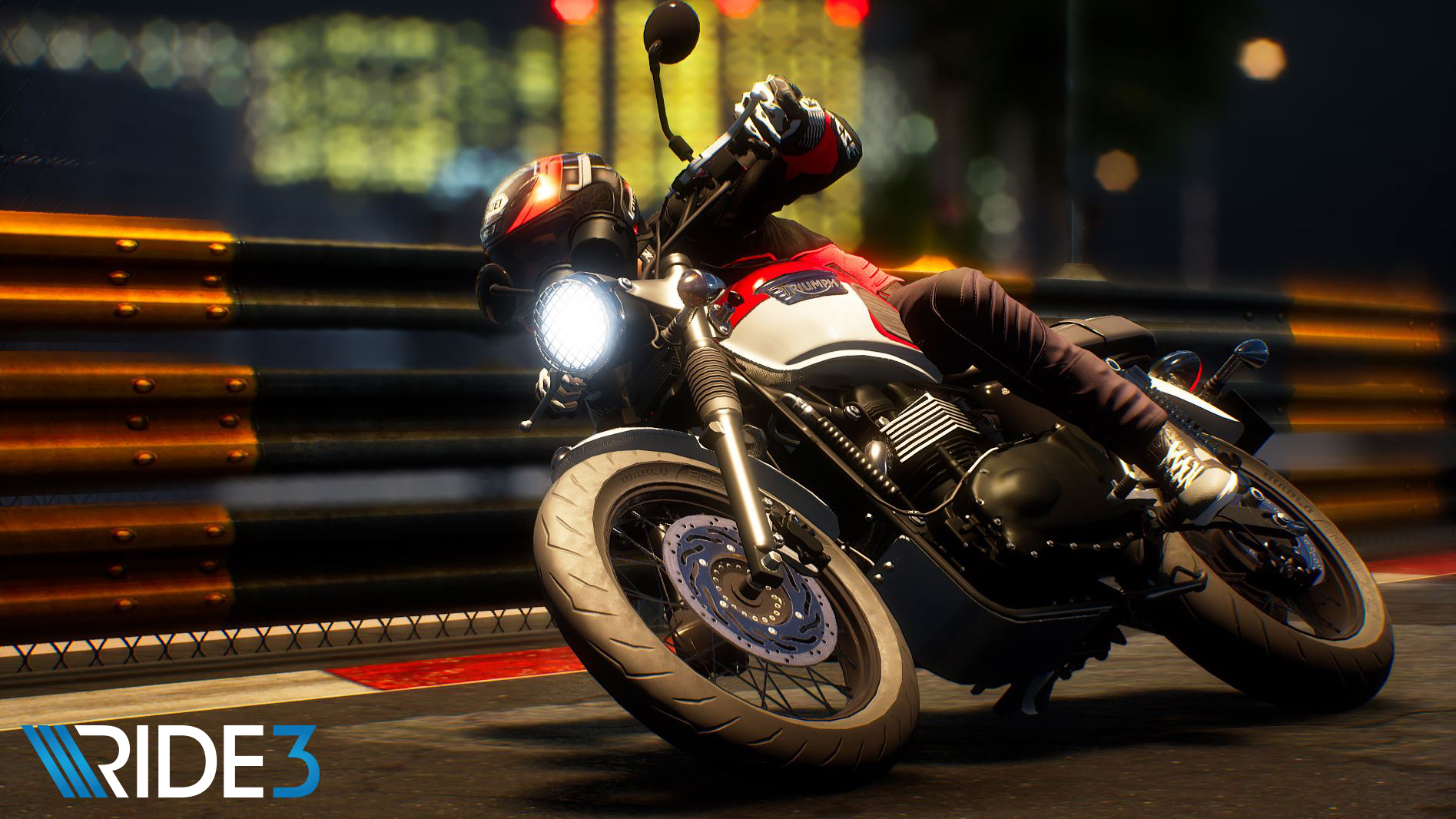 "Handling is perhaps the most important thing in any racing simulator that places its focus on bikes, and RIDE 3’s bikes handle excellently."

Of course, RIDE 3’s emphasis on authenticity and its pure love of bikes should tell you that this is, first and foremost, a game for enthusiasts. Getting into RIDE 3 probably won’t be easy for you – initially at least – if you haven’t played a lot of similar games or just don’t care about bikes too much, and the fact that the game is painfully lacking in tutorials in its opening moments even for the most basic things, never mind the more technical aspects of gameplay, is also a barrier to entry. That said, once you get to grips with the core fundamentals of executing perfect turns and knowing exactly when to release the brakes, the rest all comes naturally. You also always have the option to turn on multiple assists while you’re learning the ropes, while the game’s rewind mechanic is also quite forgiving- these are fairly balanced concessions that RIDE 3 makes for the sake of accessibility.

RIDE 3’s career mode makes up for the bulk of the experience, and Milestone have made very clear efforts to improve upon the offerings in previous RIDE games- and for the most part, it’s turned out quite well. Though progression in the career mode is gated by tiers, which unlock on the basis of your performance across all the races that are available to you, the game smartly makes a whole host of races accessible at any given time. Hopping in and out of different kinds of races and varied environments keeps things fresh for the first few hours, and progression never feels linear or restrictive. Additionally, RIDE 3 is also very generous with the amount of credits it rewards you with after each race, even if you’re finishing in lower positions, so you’re never too far away from being able to upgrade your bike for better performances, or from purchasing a new one to open up different kinds of race.

As such, the career mode keeps things moving steadily, and the loop of participating in new races to strive for improved or new motorcycles is quite addictive- for a while. At the end of the day, the career mode is still essentially just a vast list of races for you to tackle, with not much going in in between them to break up the monotony. After you’ve spent some time repeatedly bouncing back and forth between racing and customization, things start getting a little monotonous and repetitive, and the more you do it, the less entertaining it becomes. 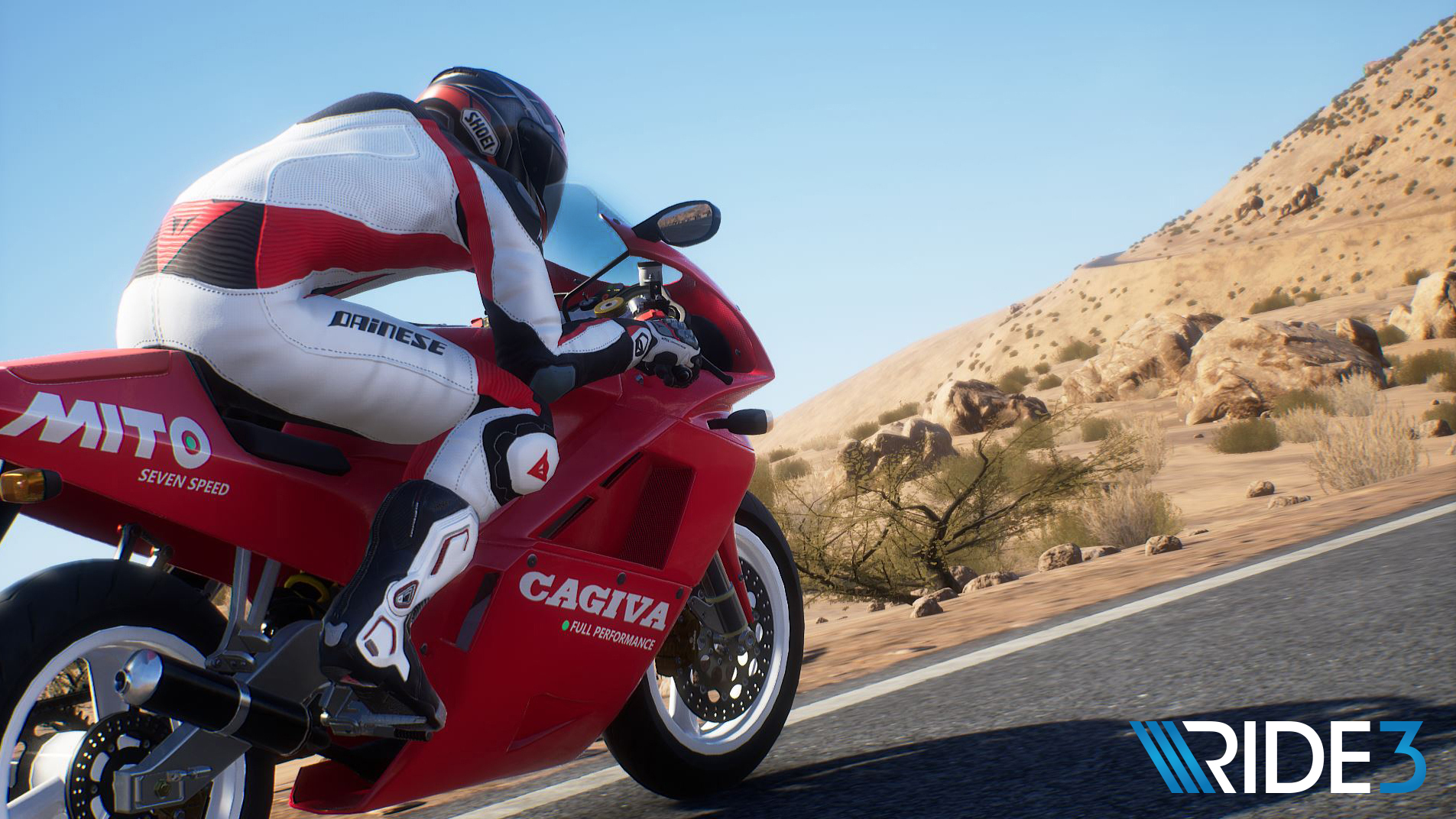 "Once you get to grips with the core fundamentals of executing perfect turns and knowing exactly when to release the brakes, the rest all comes naturally."

It wouldn’t be fair to compare RIDE 3 with the likes of Gran Turismo and Forza Motorsport. While those two franchises are backed by financial powerhouses who have nearly infinite resources at their disposal, RIDE is, in spite of its abundantly apparent love for bikes, much more constrained in that regard. Viewed on its own merits, this is a solid game, one that is not without its flaws, but is undoubtedly one of the better titles we’ve seen in this niche for several years. It may not have the panache and the multiple coatings of polish of some of the other racing sims out there, but thanks to its attention to detail in terms of the bikes themselves, and how well those bikes control, it’s a ride worth taking regardless.

Bikes look and control great; A large and varied selection of bikes; Quick and open progression in career mode helps maintain a steady pace; Career mode is addictive at first for a few hours; Deep and meaningful customization; Barring the introductory segments, the game is quite accessible; Maintains a smooth frame-rate almost constantly.

Barring the bikes themselves, visuals begin to fall apart under scrutiny; Lack of initial tutorials might be frustrating for some; Occasionally wonky physics; Career mode gets monotonous after a while.

RIDE 3 may not have the panache and the multiple coatings of polish of some of the other racing sims out there, but thanks to its attention to detail in terms of the bikes themselves, and how well those bikes control, it's a ride worth taking regardless.

A copy of this game was provided by developer/publisher for review purposes. Click here to know more about our Reviews Policy.
Tagged With: milestone, pc, ps4, ride 3, Xbox One