RIDE 4 Review – Spinning Out In The Turn

RIDE 4 looks the part, but fundamental issues keep it from truly shining.

RIDE 4 has some decent ideas, but stiff controls and unwelcoming design sap any fun that may have been had. Right out of the gate, RIDE 4 makes a underwhelming first impression. After a text-based introduction, which explains to you the general structure of the game’s career, you’re thrust into the tutorial mode. If this game is going to lose you, it will do so here. The tutorial is brutal, unclear, and punishing for newcomers. After an all too brief rundown of the controls, you’re thrust into a practice lap where you must meet a minimum time to proceed. Right away, problems surface. The game offers no explanation of its mechanics or underlying systems, which only serves to exacerbate some fundamental control problems.

Turning feels slow and sluggish. It felt at times like my PS4 controller was lagging. I would input a turn on my controller, but my bike would have a noticeable delay before it actually turned. This, coupled with the game’s staunch refusal to actually teach beginners anything in the tutorial, leaves yoi baffled, unsure if the problem is with the control scheme or the beginner’s lack of understanding of the gameplay mechanic. Either way, it quickly saps any enthusiasm you may have had for the game. This is only made even worse by the fact that the tutorial is completely mandatory. You quite literally cannot leave or skip the tutorial, and the game denies you access to any of its main content until you complete it.

Depending on how quickly you figure out the game’s obtuse design, you could waste several minutes or even an hour or more beating yourself against the tutorial. The game offers no actual help, no tooltips, explanations, or prompts to help you learn from your mistakes. This means that, unless you’re already a seasoned veteran of the franchise, you’re very likely to hit a wall, literally and figuratively, before you even get the chance to play the actual game.

"Right out of the gate, RIDE 4 makes a underwhelming first impression."

However, this doesn’t mean RIDE 4 is a poor game. Particularly with regards to the visuals, the game actually stands out well. The bikes are gorgeous, the rider animations are fluid and believable, and even the character models look pretty decent. There’s a lot of different kinds of make and model of bikes, and the game does a good job of simulating the differences in their weight, steering, and other characteristics. Weather effects, too, are pretty well modeled. Different terrains and weathers affect traction, steering, and acceleration in different ways. From a physics perspective, the game actually offers a strong simulation. But unfortunately, the controls’ lag follows you throughout the experience, hampering an otherwise solid representation of the sport.

As someone who has reviewed a fair number of racers in the past, I was able to get the hang of the game, but for newcomers, the game fails to explain different event types, or what the changes you make to your bikes actually do. Just about everything in the game is left to you to figure out on your own. Simulation-wise, RIDE 4 is a deep game, and there is a lot to learn here. But the issues I mentioned previously make the game feel confusing, and unwelcoming.

RIDE 4 also lacks content. It offers a decent enough career mode, and a wide variety of tracks and bikes, but outside of the career mode, there’s precious little to do. A quick race mode offers you, well, races. That’s it. There are no challenge modes, none of the exciting content that games like this usually offer to keep you entertained. There’s no legacy option, no challenges, nothing. If you aren’t totally sold by the game’s core racing, there’s just not much to hold your attention. The career mode, meanwhile, is lengthy enough, taking you through several different circuits and tournaments on your way to the championship. The game also features an editor, where you can make custom decals, skins, and other content for your bikes and racers. It’s not terribly deep, but it can be fun to mess around in. 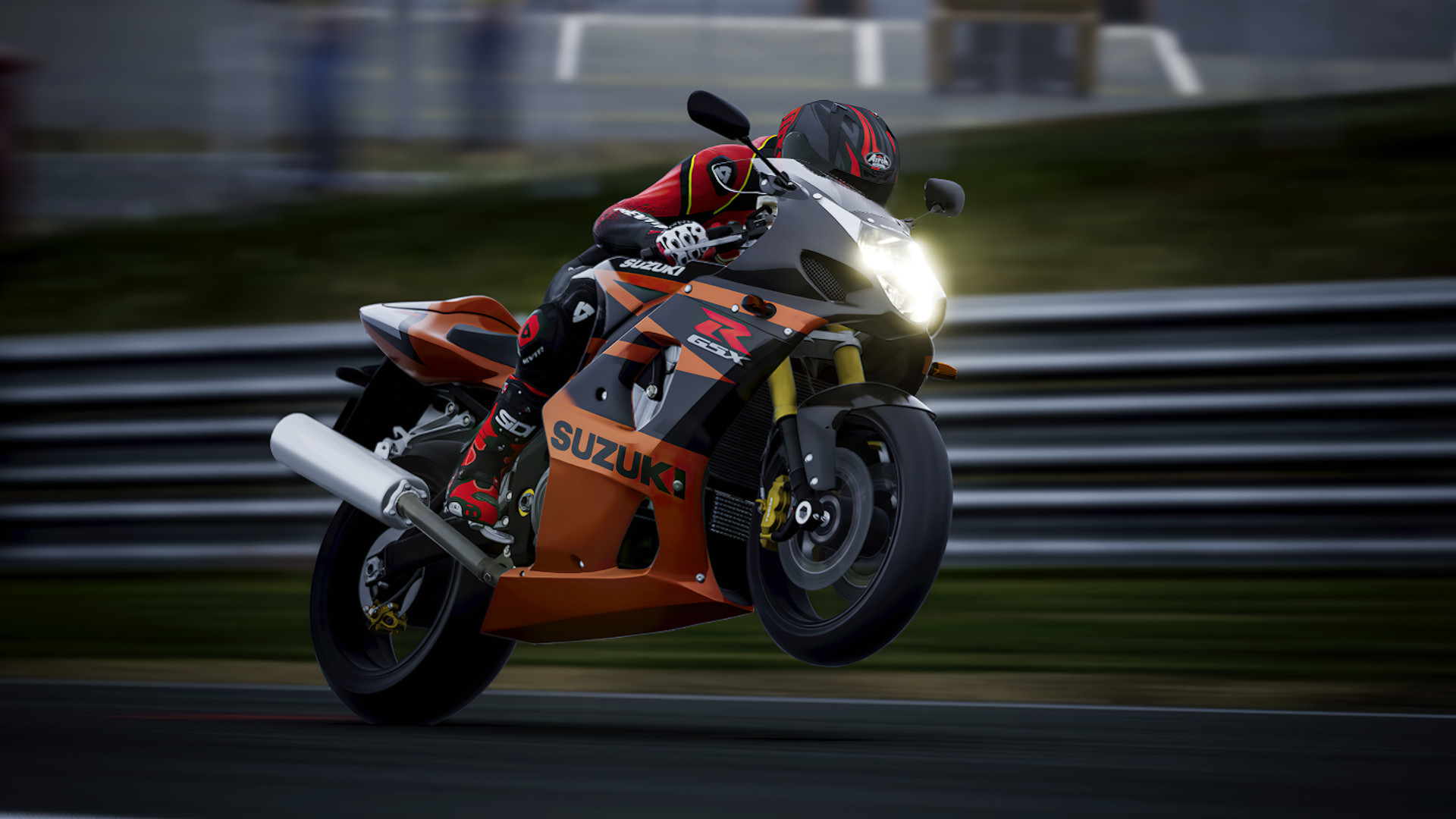 "Visually, RIDE 4 looks like a spectacular modern racing game, but the controls and content scream of a game ten years older."

To it’s credit, RIDE 4 does offer a decent multiplayer offering. It’s the same core race types as the rest of the game, but racing with other people feels a lot more fun. Playing on my review build, there were some issues with the servers. I got disconnected from matches a few times, and there were some latency issues. But when it worked, it was probably the most fun part of the game.

Visually, RIDE 4 looks like a spectacular modern racing game, but the controls and content scream of a game ten years older. The whole time, I couldn’t shake the feeling that I was playing something very dated. The game does have some good elements to it. As I said, RIDE 4 is a pretty game, if nothing else. The bikes are gorgeous, bordering on phenomenal for those truly enthusiastic about the sport, and environments are clear and pretty.

The real shame of RIDE 4 is that there’s the bones of a decent racing game here. It looks and sounds the part, and you can tell that there was passion put into it. There’s plenty of bikes and tracks, and they’re all lovingly rendered and animated in beautiful detail. The physics simulation is detailed and accurate, doing a great job of differentiating the various bikes and weather conditions. And when the game isn’t fighting you, it’s possible to have some fun. But the lack of content and leggy controls hold back this game from truly shining. RIDE 4 can be really hard on newcomers, and if that is the case then the game seems utterly uninterested in helping you progress or improve. It simply presents itself to you, demanding perfection at all times and promising little in return.

Brutal, unwelcoming design that is certain to turn off all but the most experienced players, leaving little if anything for newcomers; Not enough content; Laggy controls.

Final Verdict:
FAIR
For series' veterans, RIDE 4 will be an enjoyable experience, but for newcomers, there will be times where it will feel like the game won't actually let you play it.
A copy of this game was provided by Developer/Publisher/Distributor/PR Agency for review purposes. Click here to know more about our Reviews Policy.