Rift: The game to take the MMORPG throne?

Like it or hate it, there is no denying that the MMORPG genre is completely dominated by one game: World of Warcraft. In terms of critical reception, commercial success and influence on popular culture, World of Warcraft is here to stay reigning from its lofty throne. Yet, with the introduction of Trion World’s upcoming Rift, this reign of terror may soon be challenged.

So what is worth getting excited about in the upcoming MMO? Rift is an MMORPG focusing on the eponymous Rifts that dot the world of Telara. The idea is that they are the natural disaster that occurs when other worlds attempt to connect with the home world of Telara. The problem is that when a Rift opens, monsters begin to spew forth that slowly destroy the surrounding parts of the world. It is thus up to players to prevent these monsters from spreading too far and harming other players, and to shut the rifts to prevent the destruction from repeating itself. Rather than this just being a loose plot around which to base your merry social questing, Trion Worlds have incorporated the rifts to become a core part of the game’s mechanics. The rifts come in six varieties of earth, fire, air, water, life, and death with each type spawning different monsters. Yet monsters of opposing rift types will combat each other, adding a depth of strategy in choosing which fights to get involved with. The most interesting part of this mechanic is the seemingly spontaneous nature of it. Many MMO’s lack a sense of urgency but, if a rift randomly appears near your favourite shopkeeper, you’re going to want to rush and save him from an inevitable (and potentially costly) demise. 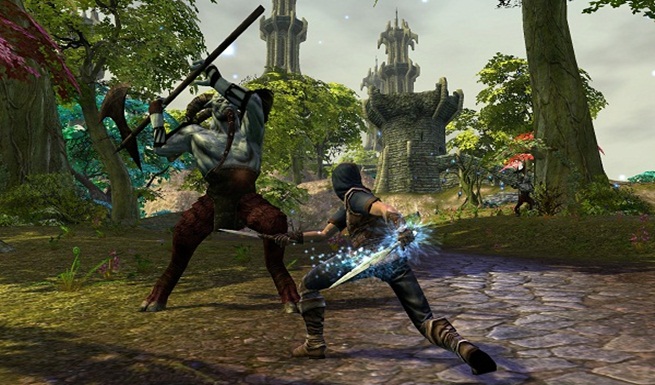 The world is like many you've seen before, but with a few twists

Impressions of the recent beta tests have been strong so far, particularly in regard to the dynamic rift system. Closing rifts is possible on your lonesome, but the game offers good incentive to team up with others. Greater loot and experience are offered to those who work well in groups and the specifics of the class and skills systems means you need to rely on the unique abilities of your team mates to combat rift monsters effectively.

There are four main classes, or callings, from which players can choose: The Warrior, Cleric, Rogue or Mage. Though this may sound limiting in comparison to other MMOs, there are also eight souls that help specialize your character class further. Players can choose three souls from each calling to help push their character builds in certain directions, and you can assign up to four sets of souls to roles that you can swap between whenever you’re out of a combat situation. Fighting a boss with huge defence? Back out of the fight and swap to your de-buff role, then when the boss is slain you can just change back to your DPS role. It all adds up to help teams bond and work together with their unique skill sets, and it opens up a deep world of strategy and tactical planning. 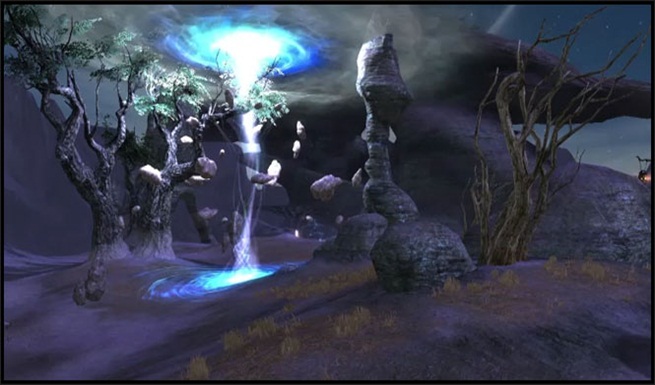 Things like questing and guilds/clans that show up in most MMO’s are present in Rift, but don’t appear to be the only way to play. Whereas in other titles in the genre quests are the only real way to level up quickly, Rift seems well balanced to the point where PVP and rift hunting will be just as lucrative as ploughing through the game’s main quest line.

The idea of specialized classes working together to close dynamic and randomly generated rifts already sounds awesome, but the whole thing is improved by the attention to detail and high production values of Rift. The game just looks really good. No two ways about it. This is where a few concerns start to creep in though regarding the game. For with great visuals comes great minimum spec requirements. Even at the lowest graphics settings the game looks like it’s going to be a bit too taxing for lesser powered systems and, with few entry level laptops containing dual core processors, a large demographic of gamers won’t be able to enjoy what Rift has to offer. There are also other concerns about the gameplay style in Rift. As interesting as the randomly generated Rifts sound, it could get really irritating if left unchecked. Say you want to just do some quests, but a Rift pops up and spawns a tonne of powerful demons in your way. I can imagine that kind of thing would get old pretty quick. There is also the issue of the souls and roles for, whilst it sounds like a deep and intriguing skill system, we didn’t get much of chance to experience what it has to offer in the beta events so far. There is also the pricing issue. Most MMOs worth their salt require a monthly subscription, but it still kinda sucks. I love playing these types of games with my friends, but trying to convince your mates to pay a monthly subscription fee is often more hassle than it is worth. 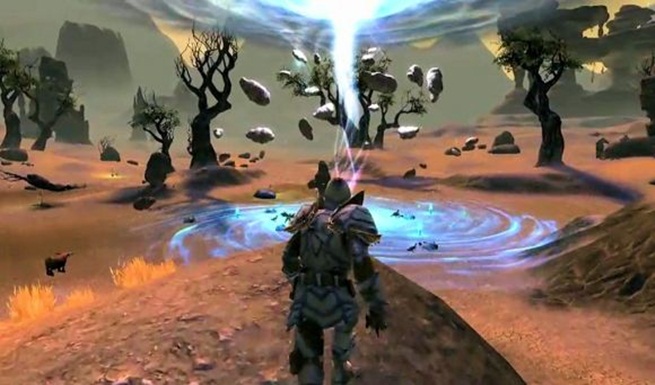 As far as MMOs go, Rift is a sight for sore eyes

Regardless of the few proverbial skeletons under the staircase, Rift looks set to be a game worthy of your attention. Whether your a fan of the MMORPG genre or not, Rift seems able to offer a little bit of something for everyone. Yet only time will tell if the full Rift experience lives up to the hype. Until its release date on March 1st (or 4th for us lucky buggers in Europe,) I will be holding my breath for Rift to have what it takes to beat WoW as the king of MMOs with its unique and dynamic game structures.